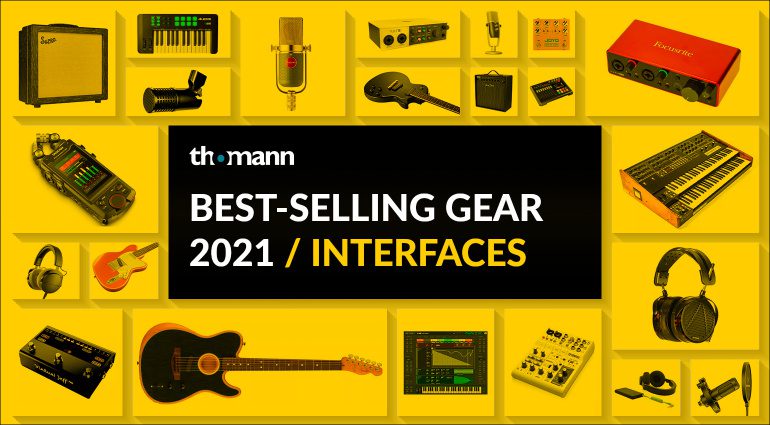 As we’re wrapping up the year, we like to look back and find out which products were the most successful. Which audio interfaces topped the sales charts in 2021? Do manufacturers and dealers make more money on inexpensive budget interfaces than on high-end studio gear, or is it the other way around? Thomann was nice enough to supply us with a list of the highest-ranking audio interfaces in terms of revenue. The list confirms some suspicions, but also offers a couple of surprises.

It’s important to note that this list is sorted by revenue rather than quantity sold. The reason for this is that it provides a more meaningful picture. A list of the best-selling interfaces in terms of quantity would only contain inexpensive budget devices (which tend to sell in much higher numbers) and completely leave out the higher-end segment of the market. But a $3000 interface that sells three times is just as successful as a $150 interface that sells 60 times. Just remember that a higher position on this list doesn’t necessarily mean that the product sold in higher quantities.

Hinting at what’s to come, the list begins with two Focusrite interfaces from the 3rd generation Scarlett series. With four mic/inst/line inputs with preamps, four additional line inputs and four monitor outputs, the Scarlett 18i8 offers plenty of connectivity for recording several instruments at once.

The Scarlett 8i6 is a slightly scaled-down version with two preamps, four additional line ins on the back and four monitor outputs. In terms of revenue, it narrowly beats the 18i8 and comes in 19th place. 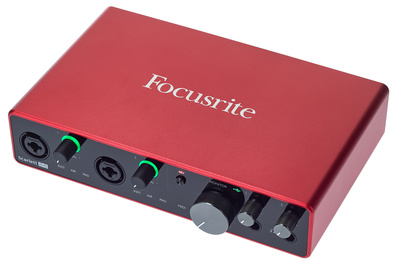 Representing the other extreme of the market, the UA Apollo x8p comes in 18th place. While we don’t know the exact number of units sold, you can buy about 15 Scarlett 8i6 for the price of one Apollo x8p, so go figure. With six DSP cores, eight preamps and a total of 18×24 channels, the Apollo x8p Heritage Edition is one of UA’s flagship interfaces, second only to the Apollo x16p. 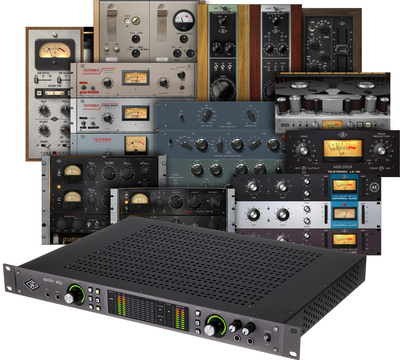 Behringer gives Focusrite a run for its money in the budget category. At just €79, the U-Phoria UMC204HD comes with two mic/line/inst inputs with MIDAS preamps and four outputs. 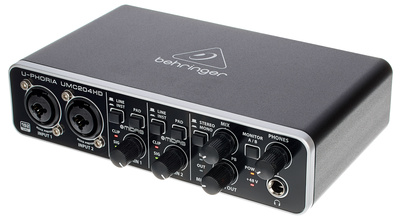 While not an interface, the UAD-2 Satellite TB3 Octo expands your DSP processing power with eight SHARC processors. If you’re serious about running lots of UAD plug-ins, you’re going to need one of these sooner or later. This is the Thunderbolt 3 version; UA also offers UAD-2 Satellites in USB versions and in quad core variants. 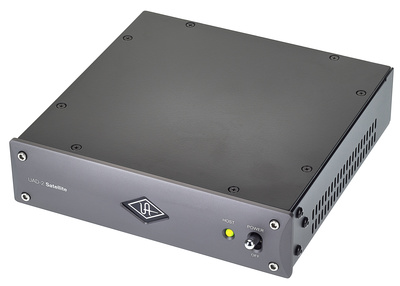 The most advanced of UA’s desktop interfaces takes 15th place. The Apollo X4 Heritage Edition is a Thunderbolt 3 interface with 12×18 channels, four DSP cores and four preamps. It also offers monitoring features such as speaker switching and a talkback mic. 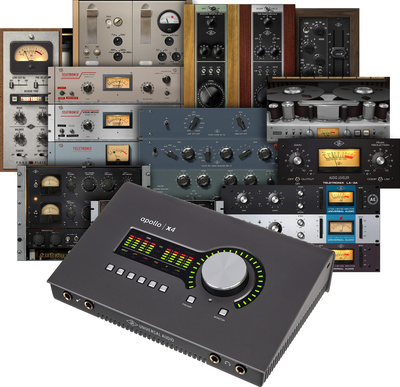 The Behringer U-Phoria UMC202HD sells for just €65, which makes it the cheapest interface on this list. That it still manages to beat the Apollo X4 (which costs almost 34 times as much!) means that these must be selling like hotcakes. With 2 mic/line/inst inputs and one stereo output, the UMC202HD is your essential home recording interface. 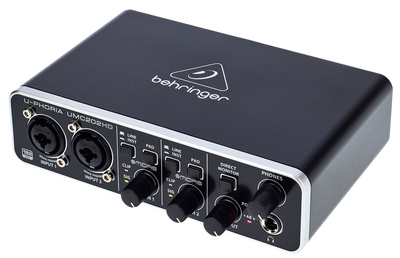 The 4×4 version of the Behringer UMC series is next. The UMC404HD is essentially the same interface as the UMC202HD, but with double the number of inputs and outputs. 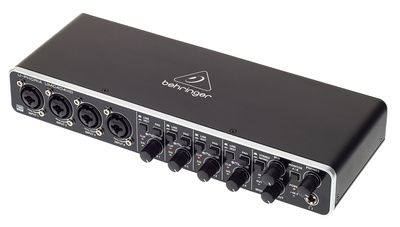 Legendary console manufacturer SSL entered the budget interface business about two years ago with the 2 and 2+. While the 2+ costs a bit more than comparable offerings from Focusrite and the like, the fact that it reached 12th place means that this was probably a smart move on SSL’s part. What’s interesting is that the smaller 2, which lacks the second pair of outputs and the MIDI ports, is absent from the top 20. It looks like SSL buyers want a bit more versatility even in the budget category. 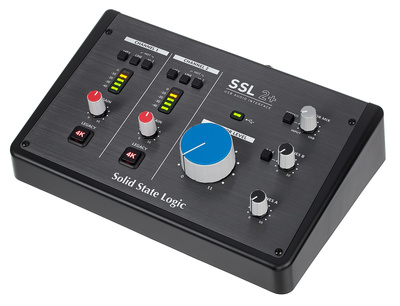 Complete recording bundles are great if you’re just starting out and want to get everything you need in one go. This set is based on the best-selling Scarlett 2i2 USB interface and also includes a condenser microphone, a pair of headphones and all required cables, so you can get started right away. 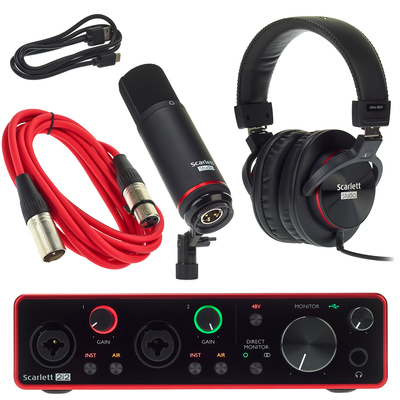 As of 2021, the Apollo Twin X is Universal Audio’s most commercially successful interface. The Quad version kicks off the top 10, the cheaper Duo version will follow higher on this list. With two mic preamps, one Hi-Z instrument input and four line outputs, the desktop interface is the gateway to the world of UAD plug-ins. 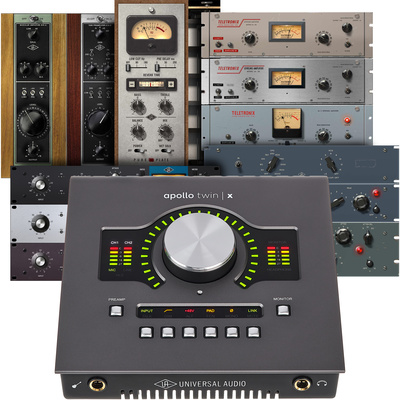 The fact that several of this year’s top 10 interfaces are aimed at live streaming and podcasting proves that this kind of content creation has never been more popular. The GO XLR MINI has two microphone inputs (one XLR, one 1/8”) and four faders for mixing your voice and various audio streams such as background music and system audio. It also offers integrated compressor, EQ and gate effects, letting you craft a complete mix right in the box. 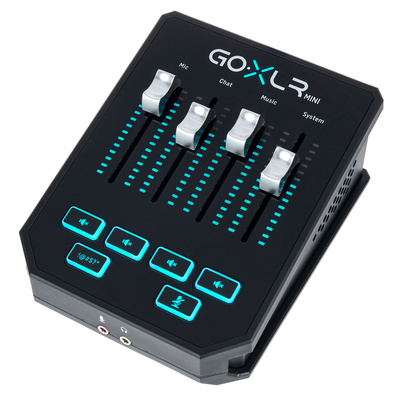 The highest-ranking Behringer interface on this list is the UMC1820. With eight microphone preamps, it provides an affordable solution if you need to record many microphones at once. It also has ADAT I/O for expansion, as well as MIDI I/O. Not bad for just over €200.

Focusrite’s version of the same concept narrowly beats Behringer’s. Just like the UMC1820, the 18i20offers eight preamps in a 1U format. It costs more than twice as much as the Behringer, but for that you get a higher resolution (24 bit/192 kHz), a second pair of ADAT I/O, Word Clock, an integrated talkback microphone, USB-C and some other extras. 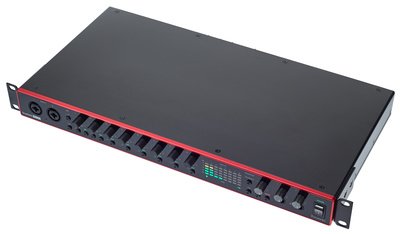 Yet another Focusrite Scarlett interface follows in 6th place. With two mic/line/instrument inputs, two additional line inputs and four line outputs, the 4i4 is an allrounder for those who need a bit more flexibility than a basic 2×2 input interface can provide. 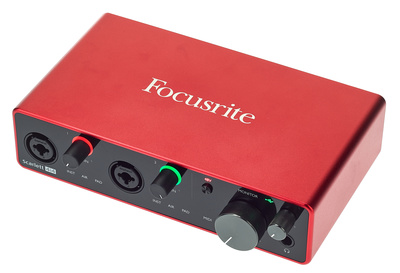 The Rodecaster Pro is much more than an audio interface. In fact, it helped to define a whole new category of device and prompted manufacturers such as Zoom, Tascam and, of course, Behringer, to introduce their own versions of an all-in-one podcasting studio. The Rodecaster Pro has four microphone inputs, additional line and Bluetooth inputs for connecting your phone, audio player or other devices, and eight sound pads for jingles and effects. It records onto SD cards, but also works as an audio interface for your computer. 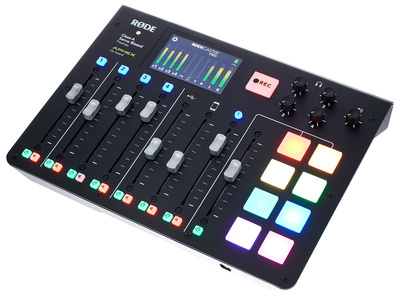 The larger version of the GO XLR MINI adds a bunch of buttons and knobs for controlling additional features, such as the integrated vocal effects. It also offers an optical S/PDIF input for your gaming console. The fact that it takes the bronze medal this year is proof of the unprecedented streaming and podcasting boom. 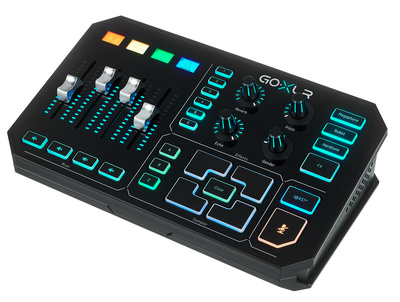 Not unexpectedly, the two remaining Scarlett interfaces take the top two spots, by a considerable margin. The Scarlett Solo with one mic input and one line/instrument input comes in second place. The fact that a €100 interface ranks this high in terms of revenue goes to show that these are selling in staggering numbers. 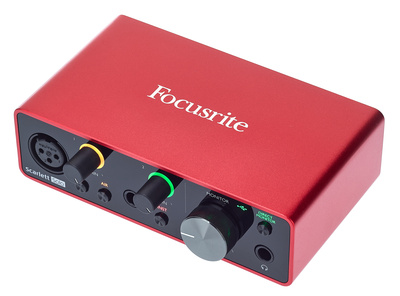 You’ve probably guessed it: The Focusrite Scarlett 2i2 tops this list by a huge margin. With two XLR-1/4” combo jacks and two line outputs, it represents the most popular configuration for home and mobile recording. Considering the fact that it’s also included in the bundle in 11th place, the Scarlett 2i2 is currently the best-selling interface by far. 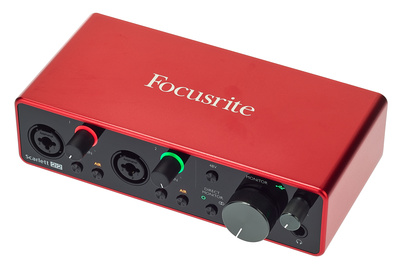 To me, there are a couple of interesting takeaways from this list. While I had expected the Focusrite Scarlett series to take the lead in the budget segment, its crushing dominance surprised me. All six Scarlett interfaces made the top 20, with four of them ranging in the top 10. Only the Behringer UMC series can keep up to a certain extent; other competitors like PreSonus, Steinberg and Native Instruments didn’t make the list at all. It’ll be interesting to see if the new UA Volt and Arturia MiniFuse series can capture a share of this market next year.

It also took me by surprise that the higher-end market seems to be just as one-sided. While Universal Audio was able to place no less than five Apollos in the top 20, other renowned brands like RME, MOTU, Apogee and Metric Halo are nowhere to be seen.

One thing to remember is that 2021 was an extremely difficult year for many hardware manufacturers. Due to the chip crisis, many popular interfaces weren’t available for months, and some still aren’t. This means that manufacturers that were lucky enough to be able to get products out of the door were at a huge advantage this year. This could be be a contributing factor to the dominance of just a couple of brands.

It’ll be interesting to see if things begin to shift in 2022. I already mentioned the UA Volt and Arturia MiniFuse series, which are getting ready to steal a slice of the pie from Focusrite. And if the supply chain situation finally normalizes, I’d expect the higher-end market to diversify again, too. 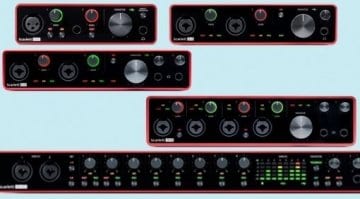