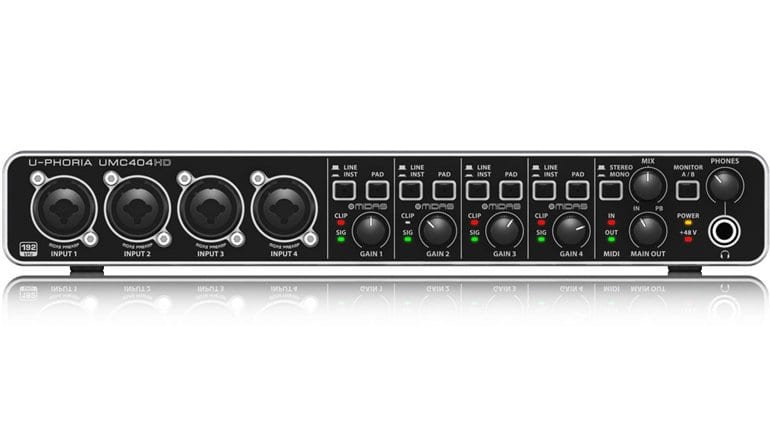 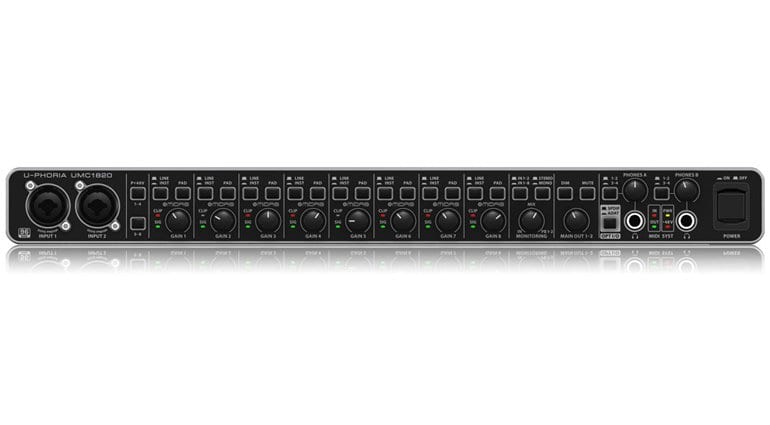 The U-PHORIA UMC1820 and UMC404HD USB audio interfaces by Behringer were announced back in 2014 but they still haven’t seen the light of day. These interfaces are undoubtedly long awaited due to their promised high specs for a surprising price. They ‘would’ prove popular with bedroom producers through to professionals who need another mobile option. Recently more details have been surfacing, alongside rumours that these interfaces are shipping imminently.

A press release has surfaced that Behringer are ‘shipping’ these two new interfaces, and they have made a few updates since the original designs a couple of years ago. I understand that this means they are shipping the units to their distributors, with several taking pre-orders from customers. I imagine we’ll hear more news next week at Musikmesse 2016, with the units hopefully being available for customers to buy very soon. However, I can’t confirm any details around availability or product information just yet, with different sources reporting slightly different versions. These are solely my impressions after keeping a close eye on the situation.

I think these interfaces will make quite a stir in the interface market simply because of the specs offered at ths price point. They will probably be some of the most capable audio I/O solutions per pound (or dollar), in a very similar way that the X32 clearly re-aligned the live sound digital console market. Of course the big un-answered question is what the audio quality will be like. This is certainly an area I’m most concerned over, not being a massive fan of the X32 and fully aware of the quality that many modern interfaces can now reach.

The UMC1820 is apparently now offering ADAT optical connectivity to support an 18 x 20 I/O channel count with MIDI I/O. The UMC404HD is a smaller unit offering a 4 x 4 I/O channel count but still with MIDI I/O. One confusion is the maximum sample rate that these units are capable of. My new understanding – gleaned from Behringer’s site – is that the UMC1820 can reach 96kHz/24bits, where as the UMC404HD can reach 192kHz/24bits. Obviously Behringer are advertising the pre-amps as Midas pre’s, but who knows what this really means. They are also mentioning a zero-latency monitoring control app that works with these interfaces, but again, who knows what features this will offer. I think on the software side I am prepared to be impressed, following some of their other recent applications.

Prices are not clear, but they’re sure to be cheap. The UMC404HD is subject to change, but a current guide price of 87.14 GBP exists. For the UMC1820, the best information I can go by is the pre-order available in the US on Sweetwater of 199 USD, which is marked down from an original 299 USD.

More Information on the UMC1820: https://www.music-group.com/Categories/Behringer/Computer-Audio/Audio-Interfaces/UMC1820/p/P0B2J

Here are the latest videos published by Behringer in the last few days, which is a good sign things are moving. Both are from their YouTube channel, first up is an overview of the UMC404HD, followed by the UMC 1820: 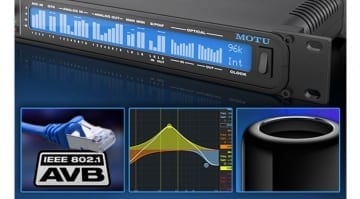