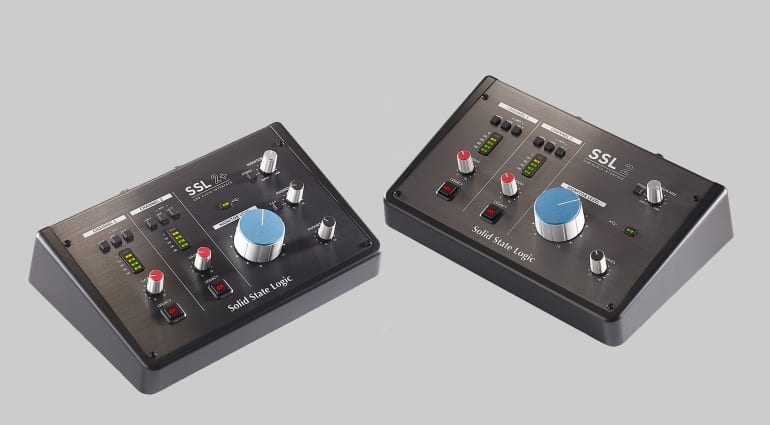 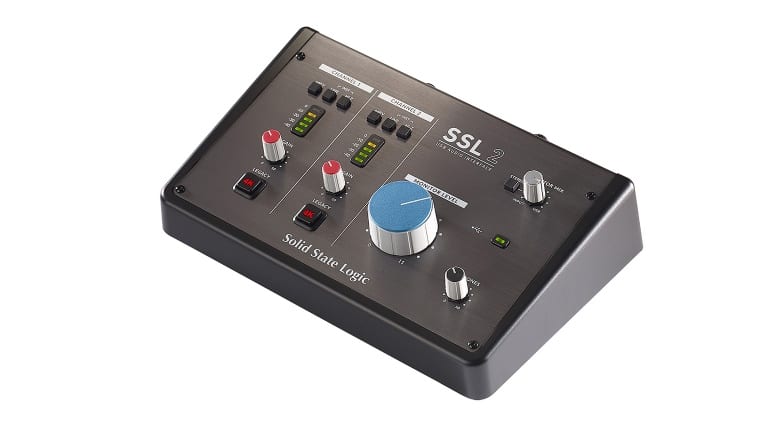 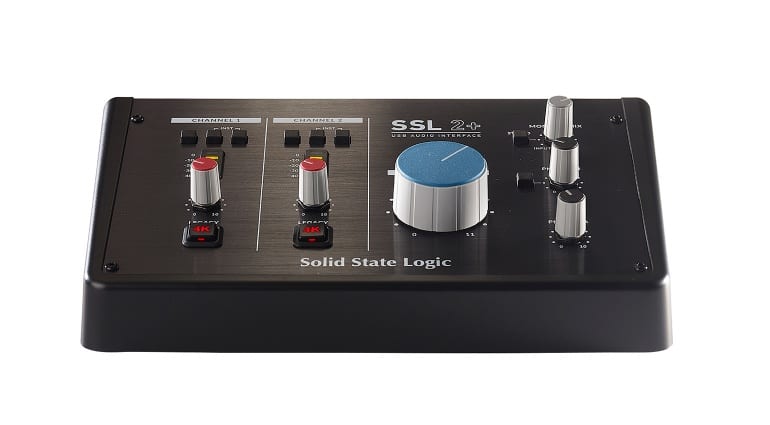 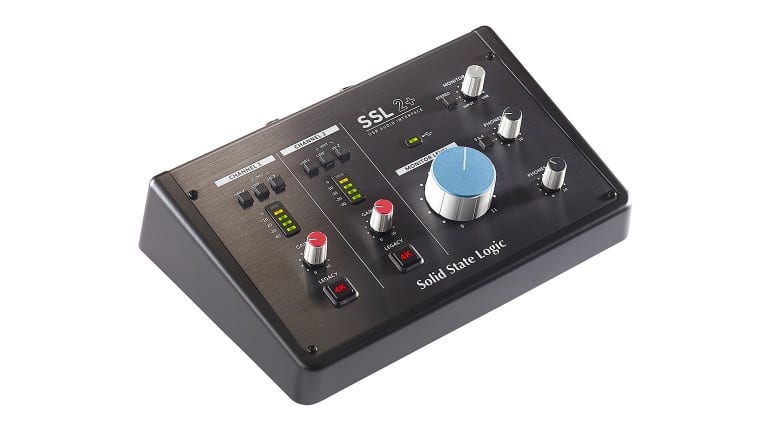 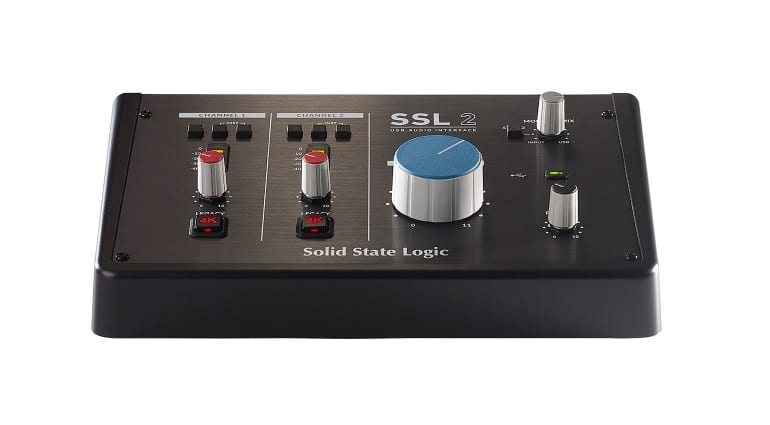 SSL is launching the SSL2 and SSL 2+ USB audio interfaces at NAMM 2020. The SSL 2 is a 2-input / 2 output desktop interface, while the SSL 2+ adds a second pair of outputs and MIDI. Both feature SSL microphone preamps and the analogue Legacy 4K signal enhancement effect inspired by the SSL 4000 console.

The SSL 2 audio interface offers two inputs with SSL microphone preamps and phantom power. The preamps offer 62 dB of gain and a signal-to-noise ratio of -130.5 dB EIN, SSL says. The inputs are on XLR/TRS combo jacks and can also take instrument or line level signals. The interface has one stereo output and a headphone output. Two buttons labeled “4K” activate the Legacy 4K analogue enhancement effect. According to SSL, this sweetens your input signal with two distinct characteristics of the SSL 4000 console: a high-frequency EQ boost and subtle harmonic distortion. They say that this “imparts a certain mojo” to the sound.

In addition to the mic preamps and LED level meters, the front panel offers a large monitor level knob (which goes to 11!), a monitor mix knob for mixing the input signals with the USB playback, and a knob for the headphone level. The interface uses a USB 2.0 connection on a USB-C type connector. It includes two cables for USB-A and USB-C connectors at the computer end. 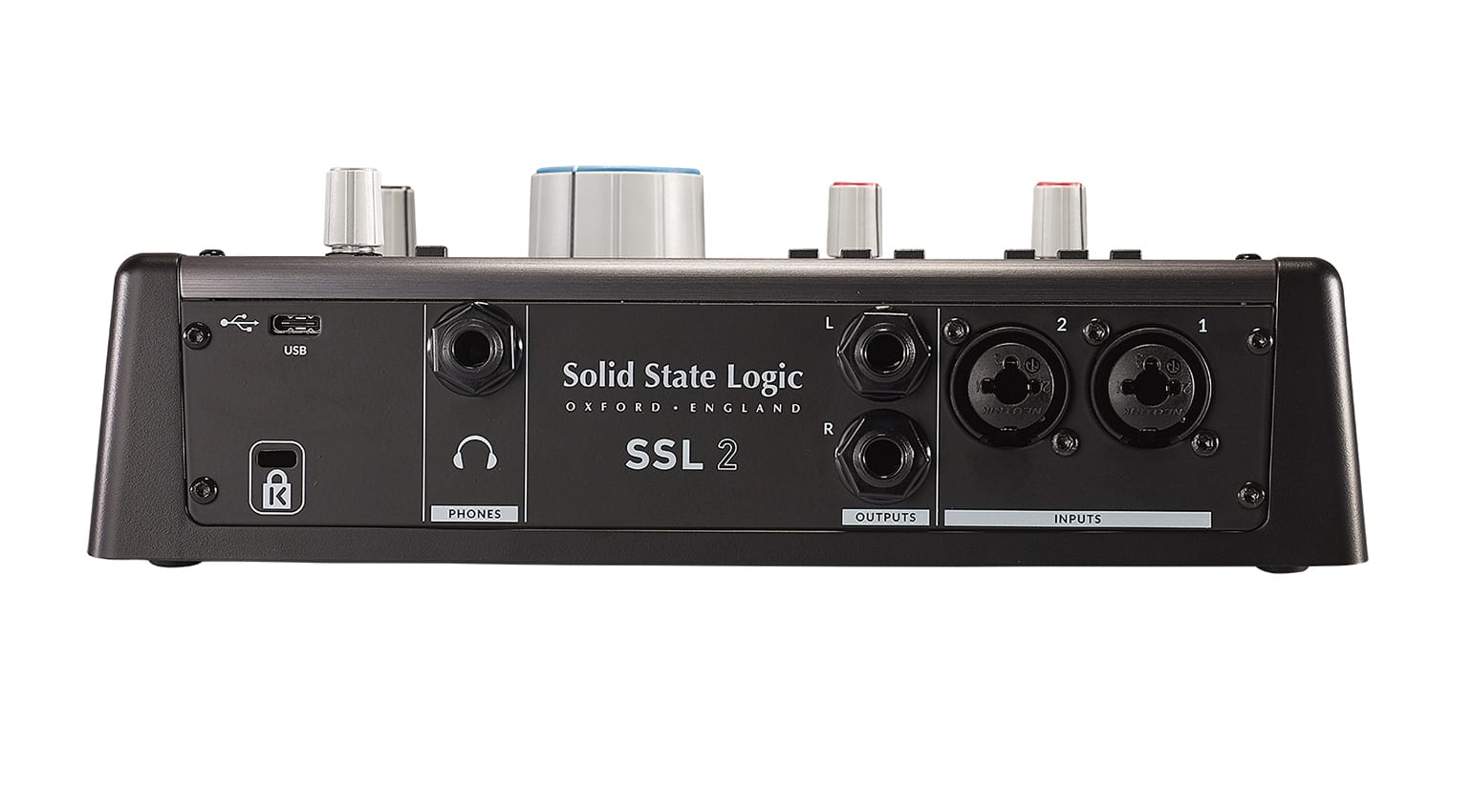 The SSL 2+ has all the features of the SSL 2, and then some. Like the SSL 2, it offers two SSL microphone preamps and the Legacy 4K analogue enhancement effect. With a second stereo output, you can create an independent monitor mix, for example. The outputs offer additional RCA connectors, which means that the interface easily connects to DJ mixers. The SSL 2+ also adds MIDI In/Out. Furthermore, it features a second headphone output with independent volume control, which can be routed to outputs 3 and 4 via a button on the front panel. 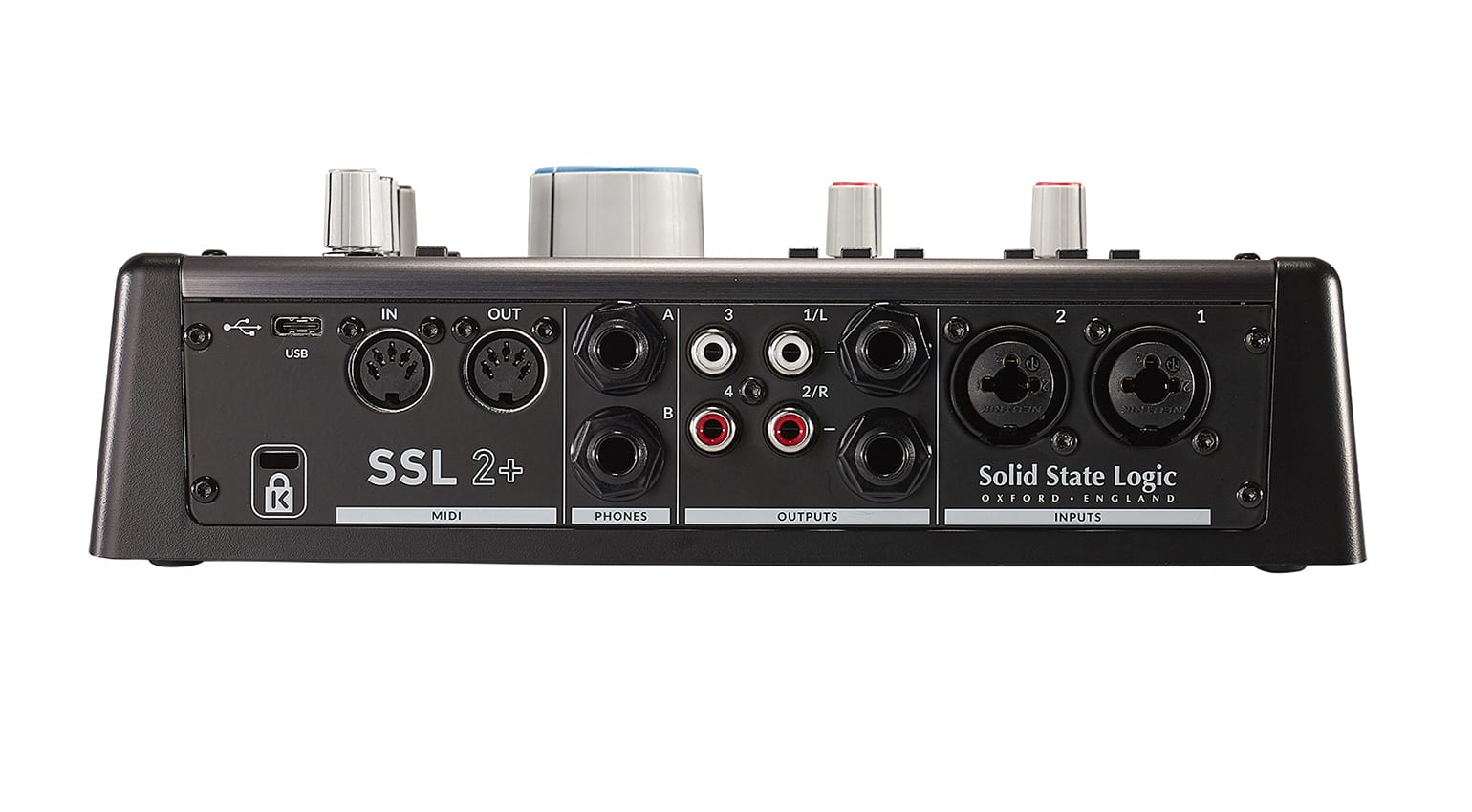 As of now, hasn’t announced a shipping date yet, but we’ll find out when NAMM hits in a few days. The prices are as follows: