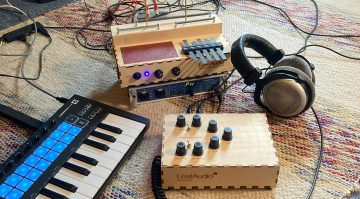 Leaf Audio has a bunch of new stuff to show at Superbooth including Microphonic Soundbox Mk3, Microphonic Playground, mULTIple, Dronesynth and cases. 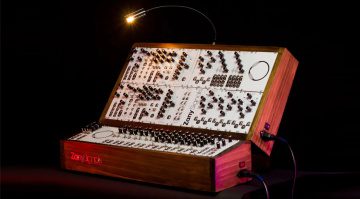 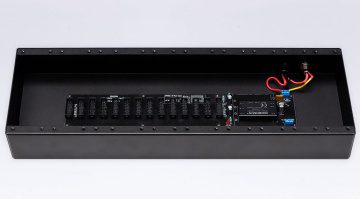 If you've built the mki x es.EDU DIY VCO and VCA modules over the last few weeks then you're going to need this case to put them in. 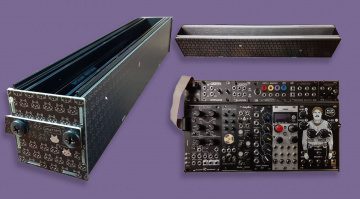 Waveform 1U Cat Carrier Case for 1U modular tiles

Thinking about getting into 1U Eurorack? Then how about a 60HP skiff that can piggyback onto an existing 60HP case or standalone - that's nifty. 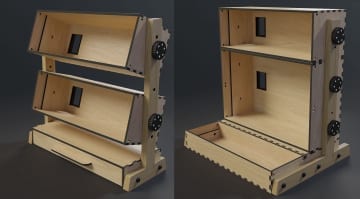 For your Eurorack enclosure needs, Stromboxes are configurable, modular and expandable and come either assembled or flat pack, raw or oiled. 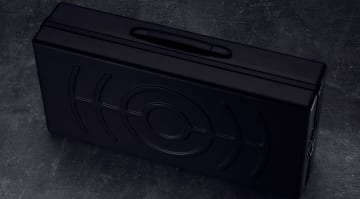 Erica Synth users are so puny they need carbon fibre cases to carry their modular in and these are the lightest and badest ever! 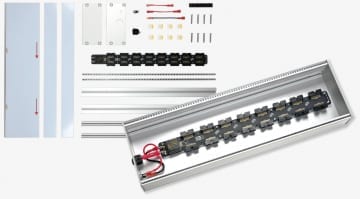 BusyCircuits has released the enclosure from their System Coupe as an all aluminium DIY 84HP Eurorack case. 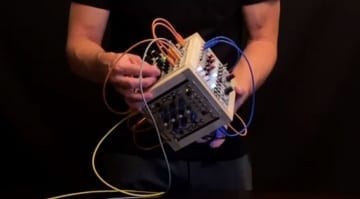 Hypercube: 6-sided, spinning Eurorack case for patching from all angles

Why have rows of Eurorack when you can have it in 3 dimensions? Hypercube can be patched on all sides which means you not only explore the journey of modular possibilities but you physically turn corners. 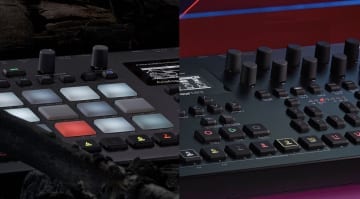 They call it "Refined, Rewrought and Reborn" the Analog Four MkII synthesizer and Analog Rytm MkII drum machine get some new clothes and new content - this is not a MkIII.

These awesomely playful and colourful Eurorack cases are not actually LEGO but brick compatible 3D printed PLA. They come as a kit from Jakarta and are remarkably good value for a fun little case. 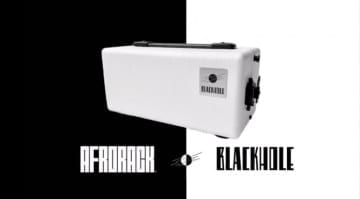 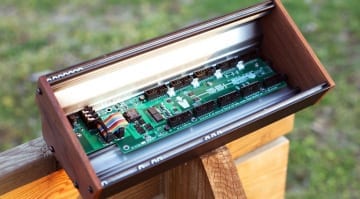 If you have a Moog Mother-32, DFAM or BFAM you might have dropped them into a larger modular system. With the Boat Rocker you can transform their 60HP empty case into something useful.

The super-wide Behringer Eurorack Go case is now available for preorder and includes an internal 5 amp power supply with 32 bus power sockets for £230. 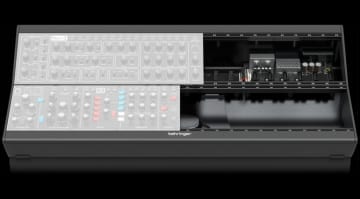 Behringer has released the full details of their Eurorack Go case. It can accommodate 280HP of Eurorack modules, has an integrated power supply, sliding nuts, foldable legs and a carry handle. 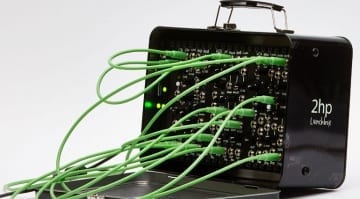 Super-thin Eurorack module makers 2HP has announced a very cool little Lunchbox modular case that can come standalone or packed with their modules in custom configurations.