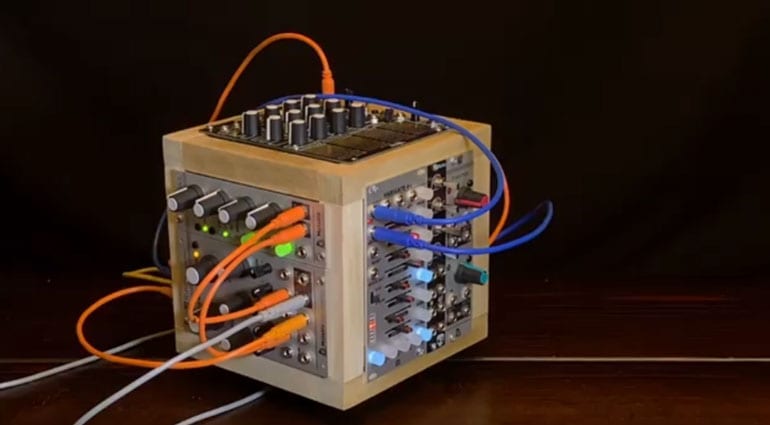 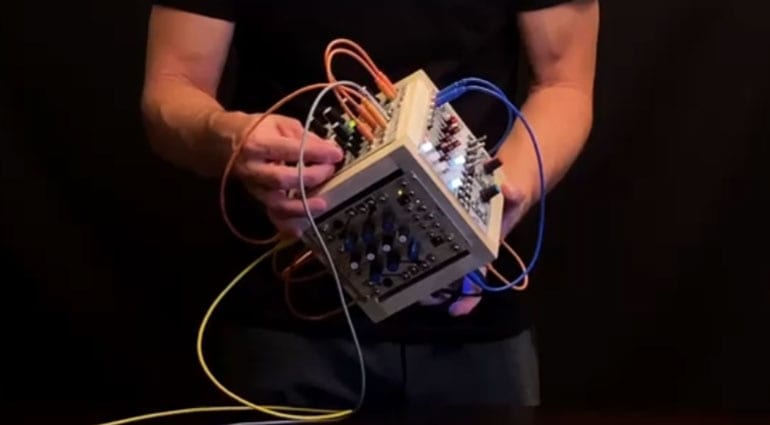 Why have rows of Eurorack when you can have it in 3 dimensions? Hypercube can be patched on all sides which means you not only explore the journey of modular possibilities but you physically turn corners.

Electronic musician and instrument maker Scott Metoyer has been developing a cuboid Eurorack system he’s calling Hypercube. He’s been exploring different ways of interacting with modular synthesis and seeing if the physicality of the case can spark new ideas and take patching in a new direction.

It began as just a case but it quickly became obvious that it wanted to be manipulated, to be picked up, suspended, rolled and kicked around (well maybe not kicked around) and so the idea emerged of putting some kind of CV generating accelerometer in there.

In this Instagram video three-axes of positional data are being converted to CV and sent to modules for sound generation and modulation.

I’ve often thought that for live performance we need something more than a flat case of modules that no one can see. This creates an opportunity for engagement and interaction that could transform your set into some kind of electronic art installation with a number of suspended cubes inter-patched and manipulated.

I also like how the size of the case is manageable and the restrictive amount of HP would make for a focused and intentional patching experience. Slightly more under control and in your hands than the Silent Strike case we saw last year.

Powering could be a bit of a challenge. Currently, it’s tethered to its power cable and is running a regular uZeus power supply but I imagine there could be perhaps the possibility of internal power pack at some point? Hmmm…. might be a bit tricky.

Scott says that he plans to release some small runs of professionally finished Hypercubes on places like Etsy probably early in the New Year. Each cube offers 22HP per side giving a total of 132HP and will come with the 4HP CV Accelerometer module. 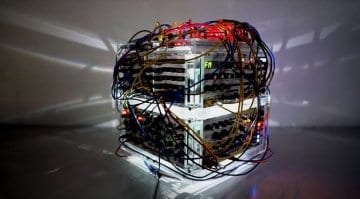