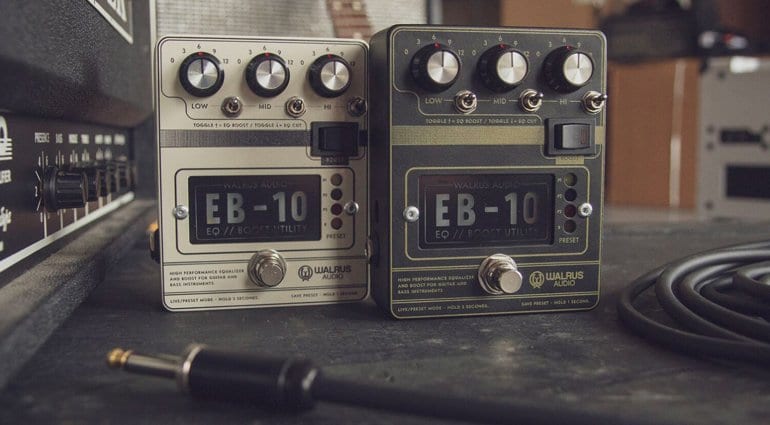 Walrus Audio has just announced the new EB-10, an EQ/boost pedal! Think you’ve seen something similar before? This is an update and relaunch of the ill-fated Defcon 4, a Ryan Adams signature pedal.

After the horrendous Ryan Adams sexual misconduct accusations earlier this year, a lot of manufacturers stopped working with him. Walrus Audio had up until that point worked with Adams on its Defcon 4 pedal. 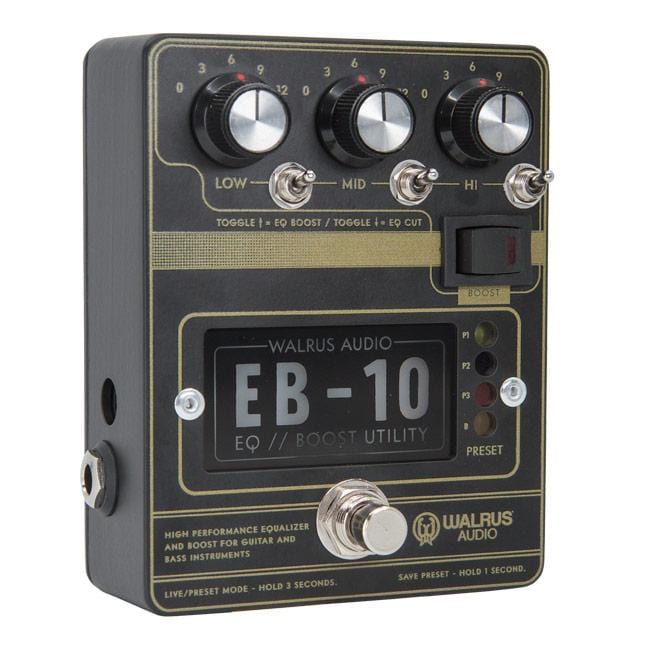 Walrus Audio wants to put that unfortunate chapter behind it, and has updated this pedal with added features. And then there’s the revamped look, available in either Matte Black or Cream finishes. The layout and pedal functionality of the Defcon 4 stays the same, but now you get more tone sculpting and more preset options.

The EB-10 has control knobs for bass, mid and treble on its front panel, each with five positions: 0, 3, 6, 9 and 12 dB. Each band can then be either boost or cut by using the toggle switch next to it.

10 dB of MOSFET boost are available via a rocker switch. The Live mode keeps levels consistent across guitars of varying outputs.

The new EB-10 is available to order directly from Walrus Audio, just follow the link below. The price has also dropped somewhat compared to the Defcon 4 pedal – and Walrus Audio is donating a portion of all proceeds to raicestexas.org. A worthy cause.