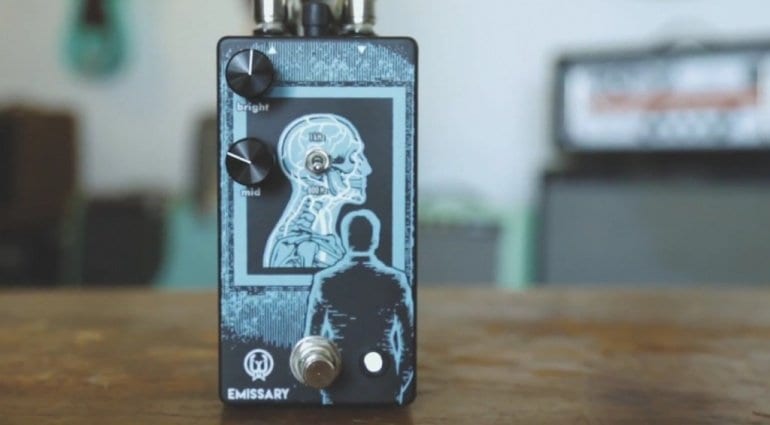 Walrus Audio has just announced its new 2-in-1 boost pedal called the Emissary Parallel Boost. It should be available via its website in the next few days. Although the market seems overrun with this type of pedal at the moment, this does have one or two little features that set it apart.

This boost pedal is named after some veins in your skull. Walrus Audio makes a point of implying that this thing can clear your sinuses if needed…

[em-uh-ser-ee] Anatomy. Sending or coming out, as certain veins that pass through the skull and connect the venous sinuses inside with the veins outside.

The Emissary Parallel Boost features two independent boost circuits that can run in parallel. One of them is based in a clean, high-headroom JFET boost circuit, so it should be a valuable tool when you need to rise above the rest of your band, perfect for your solos.

It has two knobs labelled Bright – which controls how much of that JFET clean circuit you want – and Mid, which controls a second boost circuit and is linked to a toggle switch that allows you to choose between 1kHz or 800Hz, helping you adjust those mids to taste.

What is really quite neat is that you can either toggle the effect on or off with the footswitch as normal, or you can just add in the effect momentarily when needed. The footswitch is of the momentary latching type, making this pedal useful if you just need a quick, short boost now and again.

It would appear that this week is the ‘week of boutique boost pedals’ as we have already seen the new LunaStone Boost 18  and the BeeTronics Buzzter boost/preamp pedal both being released, so it is fast becoming quite a crowded marketplace for boosts in 2018. 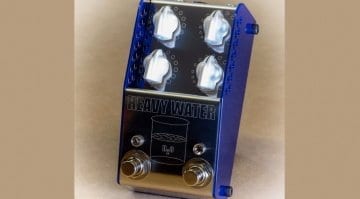