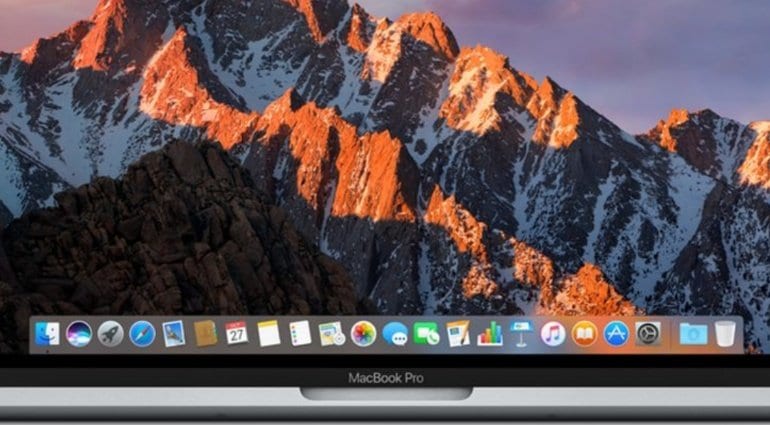 The Apple MacBook Pro is so ubiquitous on stage and in the studio that calling it a musical instrument in its own right is well-deserved! However, its latest incarnation, which surfaced back in 2016 (and got updated to newer-generation processors last year) proved a bit of a disappointment for some.

Apple essentially forced USB-C on users a year or two earlier than it should have, and the OLED touchbar which replaced the function keys on higher-end models came off as more of a gimmick than a functional upgrade. Other than the better and faster memory options, MacBook owners had no compelling reason to upgrade, and musicians certainly didn’t fancy the use of USB-C dongles or purchasing adapters/cables to be able to hook up their equipment.

However, the Cupertino company is actively working behind the scenes to address known issues with the current MacBook Pro and make it a better computer for professionals when the time comes — whenever that may be! Here’s how, according to the rumor mill…

Apple probably won’t be making any substantial changes to the current look and feel of the MacBook. It’s plenty thin and light already, and doesn’t seem dated in any respect — save for the screen bezels, which may eventually see a reduction. However, cropped screen bezels aren’t super-popular yet, even among high-tier laptops, so Apple is in no hurry to catch up with the industry. We might also see the 3.5mm headphone jack go — which is almost certain to prove controversial, but may be a necessary step towards an even sleeker aluminium body.

What’s more likely is that Apple will introduce new color options. The MacBooks are already sold in Gold and Rose Gold in addition to Silver and Space Gray, so why not bring these colors to the MacBook Pro? There’s actually a good reason for this not to happen – the laptop is designed for working professionals and perhaps needs to look a tad more conservative and presentable. Still, Gold and Rose Gold are as classy as they can be, and quite pleasing to the eye. We’d certainly love to see a more colorful MacBook Pro down the road!

While the current MacBook Pros boast some of the finest displays ever seen among laptops, there are calls for Apple to increase the 15-inch model’s resolution to a full-blown 4K. The competition already has 4K displays nailed, so it’s time for Cupertino to make a move and dial up those pixels.

Additionally, Apple could introduce some form of touch input — if not a full-blown touchscreen, then at least the option of hooking up an iPad as a secondary touch-enabled display and controller. This will integrate nicely with the rumored ability of upcoming macOS 10.14 to run a select number of iPad apps. More on that in our dedicated macOS and iOS rumor round-up (coming soon)!

If the next MacBook is powered by Intel Cofee Lake chips, it’s quite likely that the 13-inch model will become a quad-core device. As of now, only the 15-incher boasts quad-core processing. Speaking of the latter, a hexa-core model is now a possibility, given that the new Intel Core i9 chipset will have a 6-core, 12-thread CPU core. Talk about performance! Cofee Lake is estimated to bring a 30% computing increase over current Kaby Lake chips, which may not directly reflect on speed, but still sounds very good on paper.

Intel’s new processors also support LPDDR4 memory, which could finally make it possible to order a 32GB RAM MacBook — very desirable for serious production work with multiple sample libraries, virtual instruments, tens to hundreds of tracks and all that. Still, base model MBPs are expected to get 8GB to 16GB of RAM memory and up to 256GB SSD storage.

Although Cannon Lake chips are quite power-efficient, Apple probably won’t look into delivering more than the standard 8 to 10 hours of claimed battery life. Such work will require some performance compromise, and Apple doesn’t want to hinder the MacBook Pro’s speed to bring an hour or two more longevity. Thankfully, carrying around a USB-C power bank in your laptop bag isn’t much of a hindrance or distraction. And besides, 8 to 10 hours sounds fairly decent!

On the important issue of ports and connectivity, KGI Securities analyst Ming-Chi Kuo claims Apple is looking into integrating faster, smaller, more versatile circuit boards into upcoming MacBook Pros. This will present the opportunity to add more ports, such as USB 3.2 and other inputs or outputs. Fingers crossed!

Apple will most likely retain the MacBook’s pricing, which currently stands at USD 1299 to USD 1999 for the 13-inch model and USD 2399 to USD 2799 for the 15-incher. However, the rumored 13-inch MacBook, which is said to cost USD 999, might reflect somehow on the MacBook Pro’s price — probably increasing the base 13-inch model’s tag by a few hundred dollars.

If anything exciting is to happen with the MacBook Pro, it’s not likely to be this year. However, Apple will be putting in the work to bring its professional laptops more in-line with users’ expectations. The result will emerge in a later release.

As musicians, what would you like to see in the next MacBook Pro update? Tell us your opinion in the comments section below!