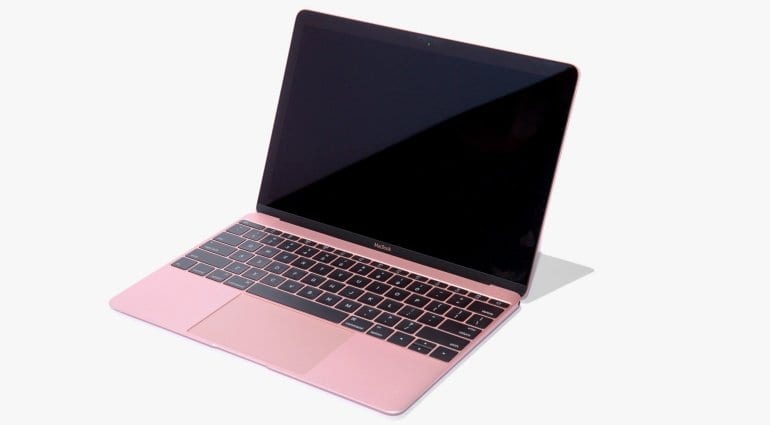 While the current-gen MacBook Air can be had for a reasonable USD 999, its hardware hasn’t been updated for at least three processor generations and its display resolution is lagging behind those lush Retina screens on modern Macs and MacBooks. It’s a good computer, but hardly an optimal purchase.

Apple is aware of demand for affordable, entry-level laptops running MacOS. Credible sources such as KGI Securities analyst Ming-chi Kuo claim that later this year, the Cupertino company will fire up a new 13-inch MacBook to take the “slim, affordable” flag from the aging MacBook Air. This is likely to happen either in the second quarter of 2018, or sometime during the second half.

Reportedly, Apple display partner LG will begin producing screens for this new MacBook, with a maximum resolution of 2560 x 1600 pixels at the end of May or early June. No substantial design changes are expected, which is understandable considering the current MacBook’s slim and efficient design.

Apple is said to be targeting the same USD 999 price point for this new computer. Specs-wise, there shouldn’t be any significant changes or omissions from the current MacBook line — save for the 13-inch display. MacBooks are 12-inch at present, and are powered by Intel Core M processors (up to 1.3GHz).

They have 8GB of fast LPDDR3 RAM and ship with 256GB of SSD storage. Apple could dial the storage down to 128GB in order to bring the price down. While these are adequate specs for light to moderately intense music production, a major obstacle for musicians is the presence of only a single USB Type-C port on the MacBook.

USB Type-C is pretty awesome tech, but not in its present incarnation. Musicians tend to hook up lots of USB gear to their computers — interfaces, controllers, dongles and whatnot. It may be problematic finding a good quality USB-C hub with all the connectivity and power you are going to need to put your rig together. One cannot skimp or compromise on this type of accessory, because it could mean fried circuits, USB incompatibility, latency, and other problems to distract you from music-making.

While the USD 999 MacBook is going to be a beautiful, portable, and reasonably powerful computer, we cannot whole-heartedly recommend it to musicians due to the expense and hassle of dealing with hubs and dongles. They are notoriously unreliable when it comes to music gear, especially USB audio interfaces which are crucial for computer-based music production. The MacBook Pro will remain a better, though more expensive choice for producers in terms of connectivity and horsepower.

A new MacBook Air is unlikely to happen as the MacBook is Apple’s way forward. An entry-level MacBook Pro is also unlikely, given the danger of cannibalising the USD 999 MacBook and the fact that the current 13-inch MacBook Pro base model starts at USD 1299 — cheaper than it’s ever been. For musicians looking to buy an Apple laptop on a budget, a refurbished or second-hand MacBook Pro in good condition remains — and for the time being, will remain — the optimal choice.