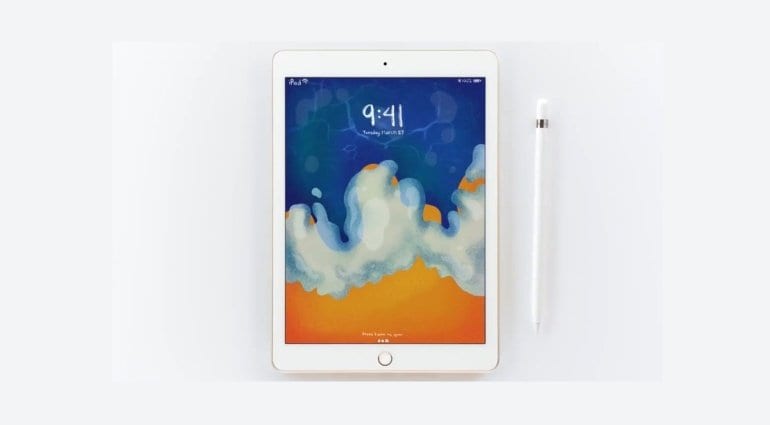 As rumors foretold, Apple has announced a new iPad. On sale now and starting at an affordable USD 329, the 9.7-inch tablet is powered by the A10 Fusion chip and boasts Apple Pencil support — the first non-pro iPad to be so.

Granted, the device is geared more towards students than it is for musicians — but with a wallet-friendly price, a wealth of musical apps, and all the modern hardware needed to run them, the 9.7-inch iPad is a more attractive ‘gear’ purchase than it’s ever been.

The new iPad is still the one you know and are likely accustomed to. It’s got 32GB of storage (base model), has a Retina-resolution display, an 8-megapixel rear camera, and HD-resolution front camera, TouchID security, and there’s a more expensive LTE variant for constant connectivity on the go.

Battery life is rated at 10 hours, which is the usual for modern iPads. A notable omission in comparison with latter iPad Pros is the Smart Connector, used for hooking up accessories like the Smart Keyboard. That’s not of much use for musicians, though, so if ditching it helps bring the price down, we are up for that!

More importantly, Apple is upgrading the free iCloud storage from 5GB to 200GB for students. So if you are studying, you can nab the new iPad for USD 299 (student pricing) and get those sweet gigabytes to store all the projects and stuff you got.

Personally, I’m looking forward to upgrading from my aging second-generation iPad Mini to this new 9.7-inch model. It has literally everything I need and new musical apps keep coming out every week. An iPad can be decked out for music production for a surprisingly small investment, considering all the musical power on tap. Apps and AU plug-ins are reasonably cheap, and so are external audio interfaces made for the iPad. I consider it an essential purchase for everyone who likes a variety of virtual instruments and doesn’t mind touchscreens.