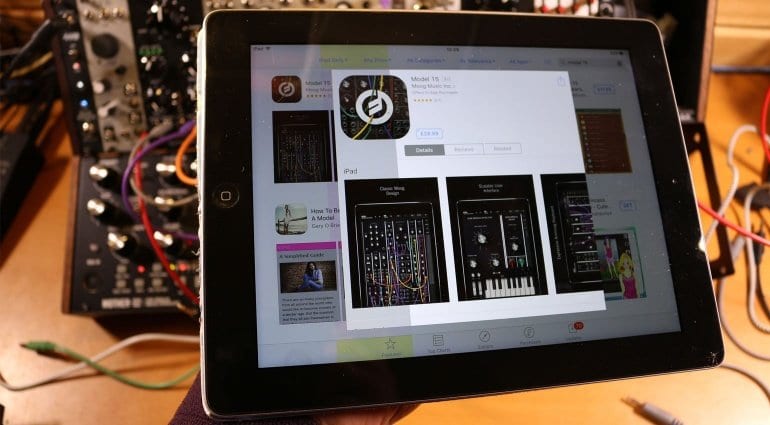 My 3rd Generation iPad is not powerful enough to run the Model 15. Could the new iPad handle it?  ·  Source: Robin Vincent 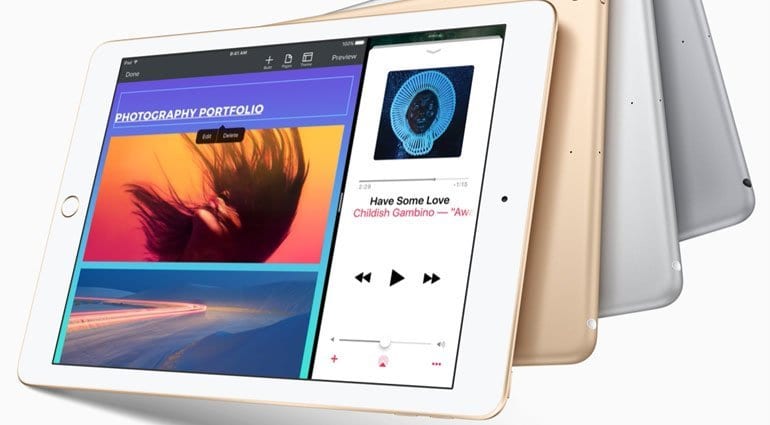 Apple have released a new iPad. It’s not very exciting for the regular Apple fans because it’s not the latest, greatest, most awesome thing ever. It’s a cheaper, simpler, more powerful iPad aimed at someone wanting a decent tablet to do stuff on, maybe even some music making. So, perhaps, for those of us still stroking the original iPad this new version might just be a worthwhile upgrade.

If, like me, you’ve got a 2nd or 3rd generation iPad knocking around then you’ve probably already given up on music apps. It’s largely become a device that keeps your kids amused and is useful for catching up on telly and watching movies in bed. Your initial musical justifications on that expensive iPad purchase still linger around, but over the last 5 or 6 years it’s made itself most useful as a media consumption device.

Music apps are fun. But once you start using AudioBus to run more than one, or your ambitions push you into trying more than 3 tracks in Korg Gadget then things very quickly fall apart. But, there’s no way you can justify an upgrade to one of the more powerful, shiny new iPad Airs or Pros when the rest of the family see it as a glorified GameBoy or video player. Besides, your iPad 3 is still working yeah?

However, 5 years is a decent amount of time for any computer to stay in service. And the scratches, lock-ups and strange colour stripes on my iPad do suggest that a replacement should or could be a consideration. Maybe a new one with more power could release the potential of these music-making apps and turn it into that amazing music making machine that prompted that initial purchase. And I’ve got so much invested in the purchasing of apps over the years that it would be unfortunate to move to a Kindle Fire or other media consumption device when the iPad finally breaks. So, maybe, this new iPad is exactly what I need.

Apparently, it’s a bit thicker – which is awesome, because that means it’s a bit more rugged, chunkier to handle, less likely to break when accidentally sat on by your 4-year-old. It’s faster than the iPad Air 2, which was the iPad of 2014/15 and favoured by switched on grandparents everywhere, although not as powerful as the iPad Pro. The size of the screen is, thankfully, the regular 9.7 inches and not the ridiculous dimensions of the Pro. It doesn’t support the pen, which is fine because if I want to do proper work I’ll use my Surface Pro 4. And it doesn’t have the flashy fully laminated display – which makes it sound like it’s been through one of those laminating machines you had at school. Which is also fine because my current iPad doesn’t have that either so it won’t be missed.

I’ve bought many musical apps over the years and I’ve been frustrated by how I can only go so far. Apple have finally given me an upgrade option. It’s not flashy or super-duper, not the latest, greatest shiny thing, it’s the least impressive product Apple have ever released. But for me, it’s a decent upgrade to my existing, wheezing and battered old iPad for a very decent price. And it might just unlock the potential for music-making that I always thought it had. And it’s mothers day on Sunday….. (Update: Although orders are being taken from 3pm this Friday, delivery won’t be until the following week so you are out of luck if you were hoping to use that special day as some kind of ruse for purchasing a new iPad – rats!).

One response to “Can Apple’s new, cheap iPad tempt musicians into an upgrade?”