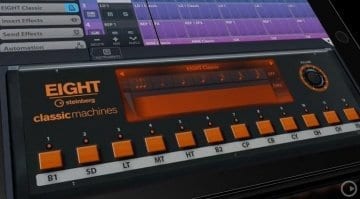 Steinberg's Cubasis for iOS get's an update to version 2.2 which introduceds in-app purchasing and a bundle of 10 Classic Machines 80's drum machine legends. It's also half price for a couple of weeks.

Could Apples new iPad have the grunt and the price to finally tempt me to upgrade from my old iPad and make music apps run properly?

It's not for everyone, but DAW's exist for the iPad range and they're getting better and better. But how do you connect your audio interface and charge your iPad at the same time?
ADVERTISEMENT

26 Oct · Thanks for that. I certainly remember many nights on the Soundcraft. I think the Yamaha PM4000 deserves a mention. Stalwart of the biggest shows for a long time.