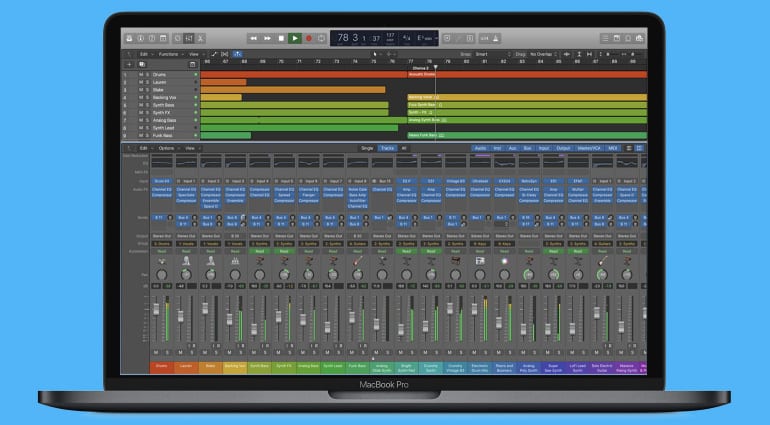 Industry analyst Ming Chi-Kuo says Apple is about to introduce a new MacBook Pro with a 14.1” Mini LED display, according to macrumours.com. This could be big news for musicians needing a mobile but powerful production platform, and it’s the first time in a while that Apple has added a new model size to its MacBook Pro portfolio. Could this be the mysterious rumoured new 13” MacBook we reported on a few weeks ago?

It’s only been a few months since the company from Cupertino released a 16“ MacBook Pro, which was well received by the audio community thanks to the new keyboard and a larger display that’s not as unwieldy as the mighty 17″ MacBook Pro.

According to Ming Chi-Kuo, Apple is currently developing a new 14.1″ model. That prospect will no doubt please users of older 13″ computers looking to upgrade their hardware. I suspect that many will be hoping it’ll have a new keyboard. We’re definitely looking forward to finding out more.

Among the other interesting titbits Ming Chi-Kuo has talked about is news of an impending update to the 27” iMac Pr0. Introduced in 2017, it’s surely time for an update here. Perhaps it’s the right juncture for a new, lower-priced product next to the Mac Pro.

Mini-LED is in, OLED is out

We’re also, if Ming Chi-Kuo is on the money, going to be treated to a new 7,9″ iPad mini, a new 10.2″ iPad and a new 12.9″ iPad Pro. Oh, and an update for the 16″ MacBook Pro. And most of those are slated for release in 2020 or 20201, apparently, with the new MacBook Pros due to be released in Q4 2020. An interesting development is that Apple will be using Mini-LED instead of OLED technology. That could bring some interesting new possibilities to the table, like localised dimming, a wider colour gamut and better burn-in resistance. I suppose we’ll just have to be patient, as Apple is famed for its ability to maintain a media blackout until the big product presentations.

What formats or sizes would you like to see Apple develop in the future? Is it perhaps time to fold touchscreen technology into the Macbook Pro à la Surface? What other cool new gadgets could they be working on? Let us know your ideas and predictions in the comments below.

One response to “Rumour: Apple to launch 14.1” MacBook Pro with Mini LED display”