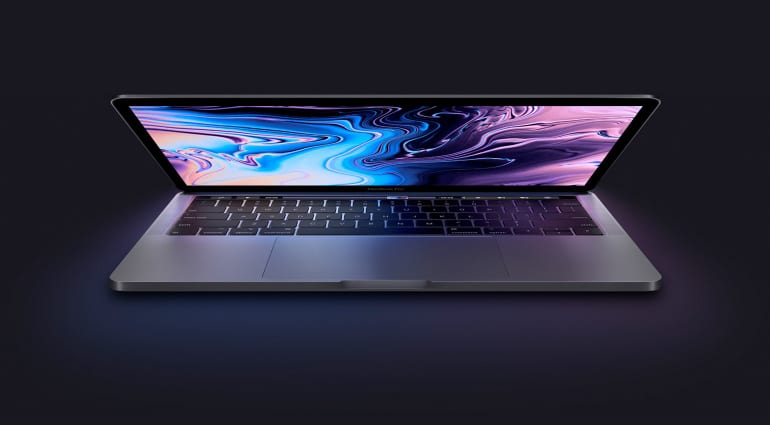 If we’re to believe a leak posted on Twitter a few days ago, Apple may be working on a new 13″ MacBook Pro. And it looks like the new laptop will be a good performer. Twitter user @_rogame has posted the results of a 3DMark Time Spy Benchmark test, in which the new 13″ MacBook Pro does very well.

The source seems to be quite reliable, as @_rogame had published the Geekbench 4 results for the 2019 16″ MacBook Pro prior to its release last year.

It looks like the new Apple 13-inch MacBook Pro will come with an Intel quad-core i7-1068NG7 running at 2.3 GHz. The published benchmark compares the new machine to a 2019 model and shows a performance increase of almost 12%. The graphics performance seems to be even better: Almost 30% more power in two different tests. As of now, it’s not confirmed that the new 13-inch MacBook Pro will have a new graphics card, but the numbers do seem to point in that direction.

According to the data, the Turbo Boost will reach 4.1 GHz. An earlier tweet hinted at 32 GB of RAM and a 2 TB SSD option. 32 GB of RAM would be a nice boost for the little MacBook Pro, as the previous models topped out at 16 GB.

The Intel i7-1068NG7 processor seems to be a variant of the i7-1068G7, which is regarded as the best mobile CPU from Intel’s 10th generation Ice Lake range of processors.

If this data is correct, the new 13-inch MacBook Pro will be a nice improvement over the current model, and a much better entry-level laptop. If Apple also ditches the ill-fated Butterfly keyboard, as it did with the 16-inch MBP, the new 13-inch model will have a lot going for it. We don’t know yet when it’ll arrive and how much it’ll cost, so we’ll have to wait a bit longer with a final verdict. But this leak definitely points in the right direction.