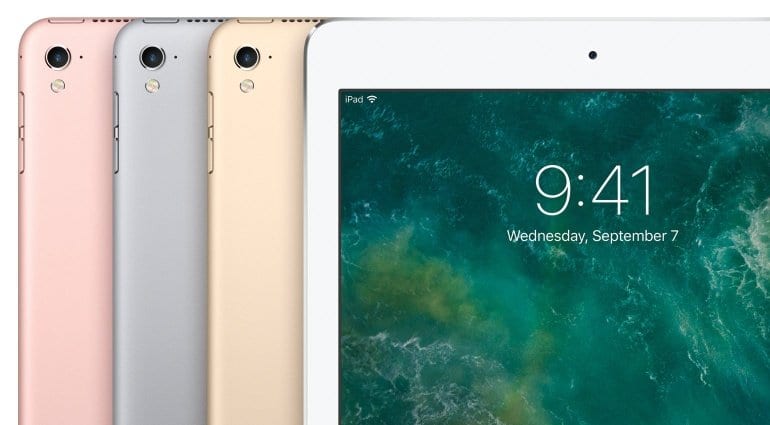 This time last year Apple gave us the iPad Pro. There are rumours that a new iPad Pro, or ‘iPad Pro 2’ will be announced at the Apple WWDC 2017 conference in March next year. However, that would leave the iPad Pro on the market without an update for 18 months. That’s a long time for their mobile products. Is there a surprise release planned for Christmas? And will the new tablet aid those making music, or will it follow Apple’s trend of making products for the wider public?

Many predictions for the next iPad Pro focus on the Apple WWDC 2017 conference in March. But could a surprise announcement come sooner? And, more importantly, what will the new tablet offer? Apple seem to be taking care of their larger market of regular users, so how ‘Pro’ will ‘Pro’ be? I don’t think anyone can complain about Apple’s strategies as they’re only acting as any successful company should: reacting to their greater demand. It’s evident to us ‘Pro’ users, however, that times are changing and that markets are evolving.

We recently reported on the release of the new MacBook Pro and its new Touch Bar, with Robin’s “Smash hit or off-key?” article discussing the mild level of update to its processors. These highlight that Apple believe there is enough power in their machines for the majority of their customers. After all, many people use these ‘pro’ machines for answering emails or Facebook messages. But that applies to tablets, too. While the iPad Pro has proved itself as a ‘pro’ product in many respects, significant processing power increases are unlikely. I think we’re more likely to see some small refinements such as size and weight, or perhaps the new MacBook Pro touch bar might find it’s way onto the iPad Pro 2. Imagine a touch bar all the way around the screen – a good way of getting one up on Samsung’s ‘Edge’ devices.

For some sensible predictions for the new iPad Pro, let’s start with it’s screen size. The well-respected Ming-Chi Kuo, a KGI Securities analyst, has said that he expects Apple to release a 10.5-inch iPad Pro next year, as well as a 12.9-inch iPad Pro 2. There are other sites which suggest the new iPad Mini 5 could be recast as a new iPad Pro Mini. I think this is the least likely scenario, and with the release of the iPhone 7 plus, there is a chance the iPad Mini line will cease. This would reflect Ming-Chi Kuo’s other prediction of a “low-cost” 9.7-inch iPad model. Highly expected features on the new iPad Pro 2 include 3D Touch, as found on the iPhone’s 6S and 7. There are a pair of photos that were supposedly sent into AppleInsider by a worker at one of Apple’s Chinese suppliers, showing a device with model number MH1C2CD/F, which has yet to be assigned by Apple so far. This could well be a spoof of course, but does seem plausible.

How will any of these predictions effect professionals working in music? I don’t think we’re expecting anything dramatic or ground breaking here. Obviously, a new 10.5-inch screen size could be quite appealing, with the usual updates to battery life and screen quality most likely. It will be interesting to see how 3D Touch impacts production apps and controller softwares. As we continue to lose real faders to the touch-screen era, we might be at the mercy of such technologies in the years to come.

Keep an eye on Apple’s website. If they release a new product outside of one of the scheduled WWDC conferences, then typically their website offers a holding page for 24 hours before the release.