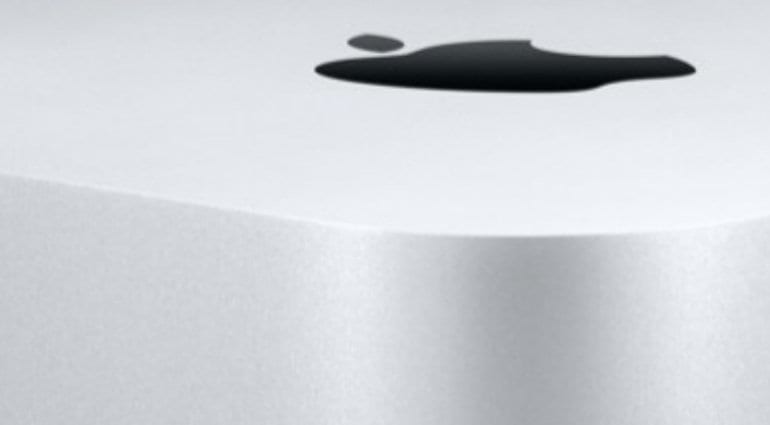 The Mac Mini has traditionally been the most budget-conscious choice in Apple’s desktop Mac line-up. It’s also an opportunity for musicians and producers to set up a reasonably capable Mac rig by hooking up the modestly-sized yet fully-featured computer to whatever keyboard, mouse, and monitor they have laying around.

Unfortunately, the Mac Mini isn’t much of a money maker for Apple and largely remains neglected. In its current incarnation, it’s also under-spec’d. The 2014 Mac Mini was notorious for being less powerful than the 2012-era model while restricting the upgrade options for RAM and storage. Buying a 2014 Mac Mini was something of a compromise from the get-go, and it certainly is one now, following three years of no hardware or design updates.

Still, Apple marketing VP Phil Schiller has opened up about the Mac Mini, saying it remains an important product for the company. There’s a chance that Apple will breathe some new life into the little Mac that could this year. Alas, the information we have is purely educated speculation. Regardless, here’s what Apple might change in the 2018 Mac Mini in terms of design, specs, and price — and also the possible release date.

There are three ways Apple could go with the 2018 Mac Mini design. It can make the computer thinner and smaller at the cost of peak performance. It can leave it as it is — dated, but still visually pleasant and quite portable. Or it can upgrade its performance with the tradeoff of making the computer somewhat bulkier.

Reducing size while increasing performance over the 2014, or even 2012 Mac Mini, seems unlikely — though not impossible. A fourth option that’s probably a long shot is making a miniature Mac Pro with a smaller “trash can” design. Given that this innovative form factor was met with a mixed response, it’s more likely that Apple is done with it and busy concocting something new.

The current Mac Mini runs on an Intel Haswell 4th-generation processor, which has been succeeded by Broadwell, Skylake, Kaby Lake, and Cannon lake chips with generation Ice Lake coming in 2019. Cannon Lake chips are built on a 10nm process, which means they pack more transistors into a tighter space and are also more power-efficient. This makes them suitable for inclusion in a new Mac Mini.

Intel is already manufacturing mobile Cannon Lake processors and is about to ramp up production this year. So Cannon Lake is a good candidate for the 2018 Mac Mini CPU. If this doesn’t happen, Apple will most probably go for the previous-generation Kaby Lake 14nm processors, likely the Core i5 and Core i7 variants.

As for the graphics card, a discrete GPU is an unlikely option, given the Mac Mini’s size and price concerns. Apple will most probably use whatever integrated GPU there is in the Intel chipset it’s implementing.

In terms of RAM and storage, the base model 2018 Mac Mini will likely come with 8GB of RAM and some amount (128GB or 256GB, for example) of Fusion Drive combined flash/HDD storage or straight-up SSD. A standard 500GB/1TB hard disk might remain an option as well. However, Apple is unlikely to provide means of easily upgrading RAM and storage size in the new Mac Mini, so budget accordingly at the time of purchase and future-proof your computer. 16GB RAM and a fast processor are recommended for advanced production with many tracks, virtual instruments, and effects.

Apple will likely make the switch to 4 x combined Thunderbolt 3/USB 3.1 Type-C ports on the new Mac Mini. This means the majority of your USB/Thunderbolt gear will require new cables or adapters to connect, which is an additional expense and may not provide the stable connectivity that you are accustomed to. Still, USB Type-C is the way forward, as it offers twice the data bandwidth over USB 3.0, delivers more power, and the connector is directionless.

The current entry-level Mac Mini starts at USD 500, with the mid- and high-end configurations going for USD 699 and USD 999, respectively. These are likely the price points Apple will be aiming towards, though they could go higher — but certainly not lower.

If it ever shows up, the 2018 Mac Mini will most likely debut in June, September, or October. These months, together with March, are when Apple traditionally launches new hardware and software products. September is unlikely, as Apple’s and consumers’ attention is usually focused on the latest iPhone. This leaves us with the WWDC (World-wide Developer Conference) in June and a possible October event dedicated to new Macs and iPad Pros.

The Mac Mini 2018 could prove a capable little beast for an affordable price — if it ever sees the light of day. We will be keeping you posted in case any new information appears from credible sources.