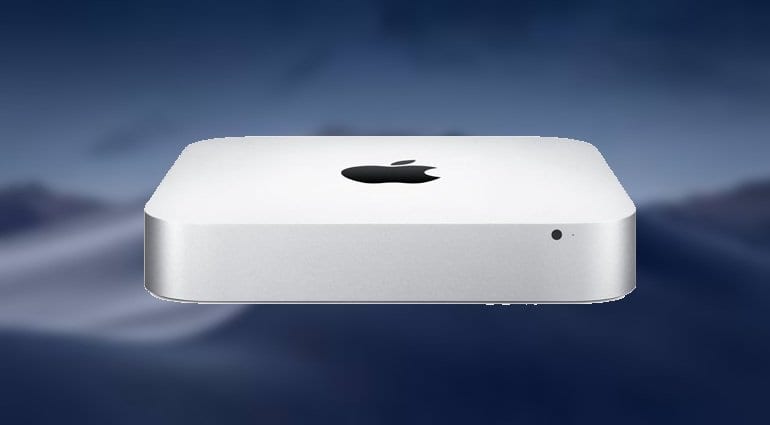 A new Bloomberg report is lending added credence to rumors of an upcoming Mac Mini revamp. The US-based site says that Apple may be planning, and I quote, “a professional-focused upgrade to the Mac Mini desktop”. According to Bloomberg, the new computer might feature new storage and processor variants that may, understandably, make it a more costly proposition than previous iterations.

So what should a Mac Mini tooled up for music production look like? First, Apple need to keep the price below USD 999 – and as close as possible to current pricing at USD 500 – so that more budget-conscious musicians can jump on board macOS and system-exclusive Logic Pro X. Of course, more expensive models with additional hardware horsepower should also be available, preferably utilising present-generation Intel silicon and having options for high-end processors.

Speaking of hardware, had Apple better make darn sure that a pro-focused Mac Mini can be upgraded. At the very least in terms of RAM and storage. We can’t stress this enough! Removing upgrade options from the last-gen Mac Mini was a pushy move that put off a lot of hardware enthusiasts, music producers included. A pro-level Mac Mini without upgrade options simply doesn’t sound right.

Another important bit of hardware – ports! If Apple pulls a 2016 MacBook Pro and makes the new Mac Mini an all-out USB-C machine, that’s going to be a problem for some. New audio interfaces with USB-C connections are still scarce, and the USB 2.0/3.0 interfaces you already have don’t really like USB hubs and dongles. Even high-end Windows laptops still include an USB A port or two out of mercy, and we’re thinking Apple should do the same. The older Mac Minis were great with their four USB A ports and Thunderbolt. Hopefully, the Cupertino gang hasn’t forgotten about this legacy in particular. Oh, and while we’re talking ports, can we keep the 3.5mm jack, please? Who knows, it might come in handy sometime!

An even more portable design

What else can we wish for? Well, it could be nice if Apple makes the Mac Mini even smaller and portable than it is right now. The company prides itself on sleek design and likely has a design revamp in store. A more portable, lighter Mac Mini will be great for carrying around studios and rehearsal rooms, although musicians in particular would be better off with a MacBook – seeing that hauling periphery like monitors and keyboards is mighty inconvenient.

I think these are the bases the new Mac Mini should cover for musicians and music producers. Let’s hope Apple is really thinking of a professional computer instead of a machine only suited for the living room.