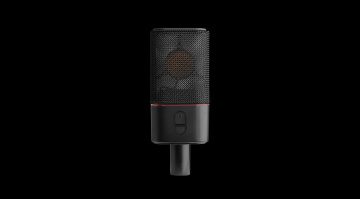 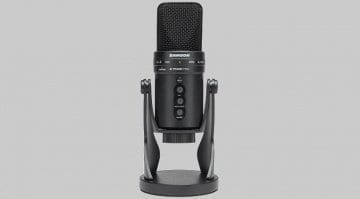 A dual-capsule condenser mic, the G-Track Pro is made out of die-cast metal with an integrated desktop base, and is able to record at a full 24-bit/96kHz, with a frequency response between 50Hz-20kHz... 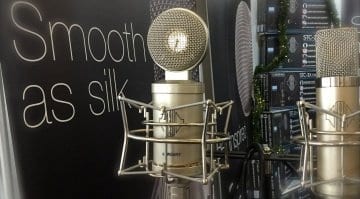 Our roving reporter caught up with the team from Sontronics at MPX 2016 today, and look what was on the corner of their stand! More to follow about 'Mercury' soon.

Designed after the Neumann U48, a 3 polar pattern version of the U47, Advanced Audio release the CM48 to offer a quality tube mic at an even lower price.
ADVERTISEMENT