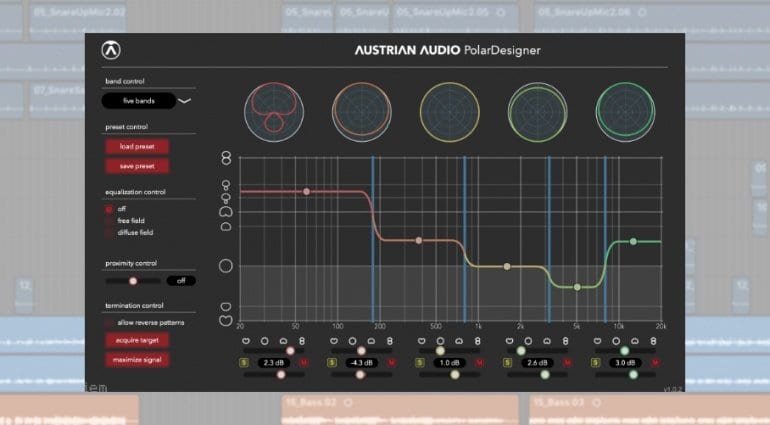 Austrian Audio has released its Polar Designer plug-in as a free public beta. The plug-in lets you design custom polar patterns using a dual-output microphone. It’s designed to complement the Austrian Audio OC818 microphone, but works on any dual-output source. That opens the door to all sorts of experiments.

Austrian Audio is a new company based in Vienna, which was reportedly founded by former AKG employees. The firm just released their first batch of microphones at Prolight & Sound 2019, including the very promising OC18 and OC818 large diaphragm condenser mics. Among other features like wireless pattern switching, the OC818 features a dual-capsule design, with one capsule facing the rear. This is where the Polar Designer plug-in comes in.

In a nutshell, Polar Designer lets you adjust the polar pattern of the microphone after recording, a concept similar to the Lewitt LCT 640 TS. Austrian Audio’s plug-in features five adjustable bands with linear phase crossovers. For each band, the polar pattern can be adjusted individually. While the GUI looks very much like an EQ, it’s really a visualization of the polar patterns across the frequency range. So you could have an omni pattern in the bass, a cardioid pattern in the mid range, and a figure-8 in the top end, or any other custom creation that makes sense for the recording in question. Polar Designer also has a proximity control, which lets you adjust the microphone’s proximity effect.

Works with any dual-channel recording

The great news is that Polar Designer is not exclusive to the Austrian Audio OC818 microphone. It works with any dual-output mic, or any dual-channel recording, for that matter. That leaves room for many creative experiments. Although I only have a vague idea right now of what it would do to various signals, I’m excited to find out more. While Austrian Audio conceived Polar Designer as a microphone tool, it may also be useful as a one-of-a-kind effect, especially since the polar pattern adjustments can be automated in the DAW.

The good thing is that we all get to try it for free, as Austrian Audio has made the plug-in available as a public beta version. The VST3 (macOS, Windows) and AU (macOS) versions are now available at the company’s website. An AAX version is also in the works, but Austrian Audio says it will take another few weeks to be released. 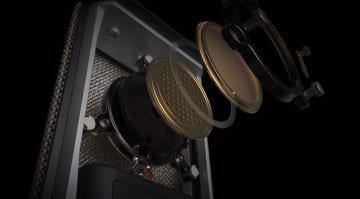 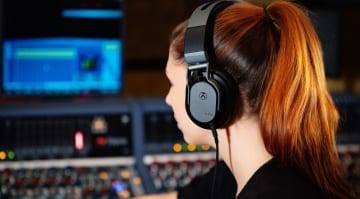