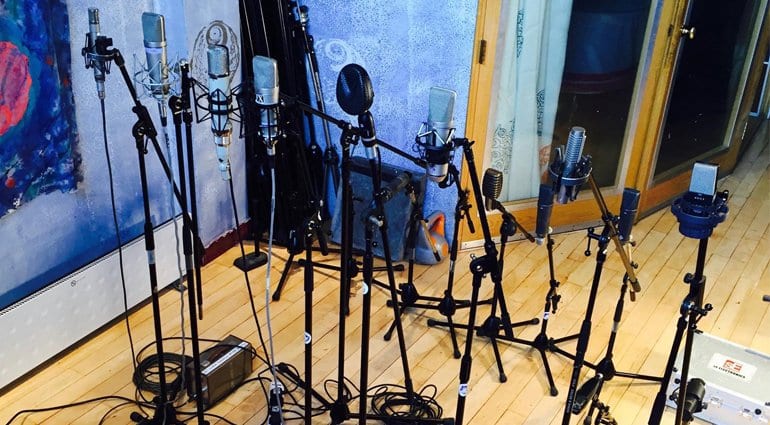 I’ve just stumbled across this new website and in the excitement, I can’t remember how I got there! Out of the blue it seems, a new company has been busy developing a new product which looks quite special. The concept and design looks very similar to the recently released Slate Digital Virtual Microphone System, but there are already some notable differences. There’s very little information currently available on Townsend Labs new site, clearly as a tease. This is what we know so far…

Preamp modelling and hardware emulation has been around for some time, but successful purpose-built mic modelling is a new area. The most significant release so far is the Slate Digital VMS as mentioned above, but currently it has a limited number of mics that are modelled. I get the impression that this system will offer more models, but who knows how it will be priced and if each mic modelling will cost an additional charge.

The new system by Townsend Labs appears to be called Sphere L22. According to their website, it will model “the characteristics of the most sought-after large-diaphragm condenser microphones with amazing accuracy, and allows selection of different mics and patterns even after tracking.” Presumably they have developed a ‘neutral’ mic which allows them to apply processing to emulate famous microphones. They say this system, paired with their own Sphere DSP plugin will be able to replicate a mic’s transient response, harmonics, proximity effect and three-dimensional polar response.

This is where I believe the Sphere L22 could differ from Slate’s VMS system. To achieve modelling proximity effect and polar pattern of a mic, they will need at least 2 capsules. Again, according to their web site it appears they’ve done exactly this as the Sphere L22 will be a stereo mic. This will provide the software with the necessary information to make these calculations and was my existing concern about Slate’s solution – check out my original post! In addition, the Sphere L22 can apparently provide a stereo signal, which is a cool feature.

So where has this come from? Well, a little investigating reveals two names behind Townsend Labs: Chris Townsend and Erik Papp. Townsend worked for Avid, being partly responsible for the now well-known guitar modelling hardware and software ‘Eleven’. Papp used to be the CEO for Summit Audio and has worked for Blue Microphones. This is really promising information which adds to the anticipation. Whilst we could very quickly assume nothing will ever sound like the original, here it seems there’s a good chance they might have come very close. If they have, this is going to be a very hot product this year.

Looking at Townsend Labs’ Facebook page, you will find this photo. Underneath it writes: “We’re guessing that if asked to choose you would say ‘all of them’!” I wonder, are these the mics we can expect to see modelled – if so, that’s a very impressive range. Exciting!

Here’s the homepage for Townsend Labs, which for now is just a landing page. If you go through and add your email to their mailing list, you will see some extra info as above, but that’s it for now folks! We’ll keep an eye on it.

This has just been found by accident. This link is presumably for the whitepaper that will be published soon on the Townsend Labs website. Here a lot more information and specifications can be seen:

Click on the button below to load the contents of townsendlabs.com. 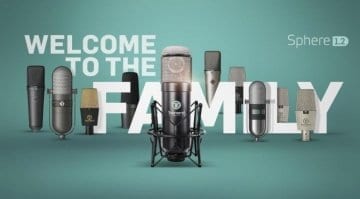