Our pick of the Top 5 Live Gear of 2020 is here! Undoubtedly a bad year for live music, but a great one for innovative new live gear releases!

Yamaha adds the PM3 and PM5 consoles to the flagship Rivage PM series of live digital mixers. A leap forward or just a small step? We give you the lowdown on these new consoles.

What is Tree Audio prepared to give you for EUR 65,000? A hand-made, all-tube, 16-channel mixing desk with space for four Series 500 rack modules, that's what. Worth it?

Scorpio, as it's called, stands for a portable 32-channel, 36-track mixer-recorder that's equipped with 16 mic/line preamps and multiple additional inputs and outputs. 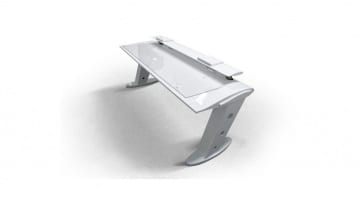 With these new space-age studio desks from Vicoustic, there’s no excuse for leaving coffee stains.
ADVERTISEMENT