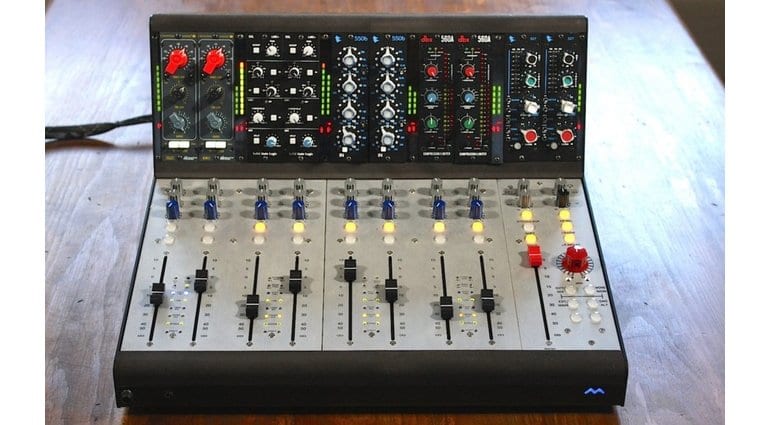 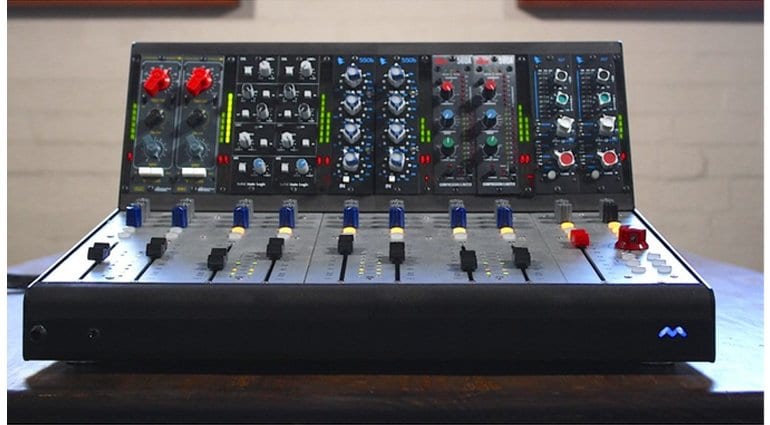 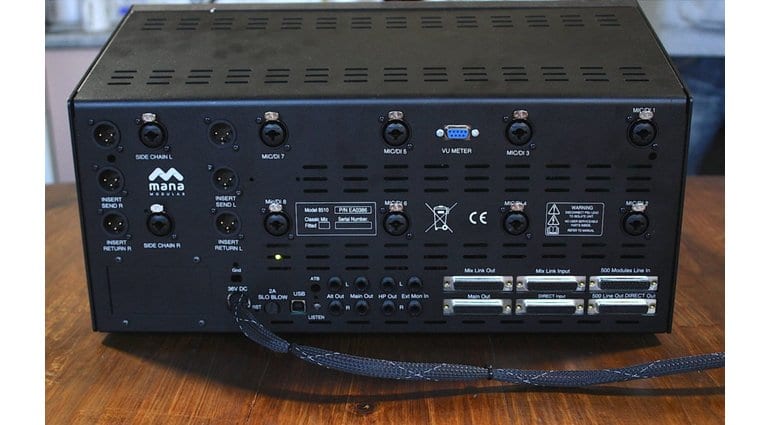 We live in a really interesting period of history for the music industry. Many moan about the state of affairs we currently find ourselves in, and whilst this is an ever changing market driven by technology I believe it’s an exciting time to be involved. The ‘cottage-isation’ of the industry, where many professionals are working out of their own facilities, has opened up the potential for unusual collaborations and exciting results. With technology effecting how music is consumed, we also need technology to evolve from the other side, enabling new solutions at the creation stage. We all wished we owned a large format analog mixing console, but know deep down inside that would be a bad business decision. Perhaps Mana Modular have the answer in this feasible, but analogue solution.

The world of Live Sound and Sound Reinforcement is somewhat ahead in the console department. Thanks to the likes of the now famous Behringer X32, nearly all stages around the world have gone digital. The price of these flexible mixing solutions has become affordable for even the smallest of venues. Going digital for live performance has brought clear benefits. However, in the studio there’s still a desire to mix analogue and yet due to the expense, it’s not always achievable. Digital audio software and recent plugin technology has become very impressive, but mixing ‘in-the-box’ isn’t for everyone. Several of the big name manufacturers have developed cut-down analogue desks, such as API’s ‘The Box’, SSL’s ‘Matrix’ or Neve’s ‘Genesys Black’ are fantastic pieces of kit, but still out of the question for many individuals. What we need is the X32 of the studio analogue console market. Is this it?

Mixing ‘out-of-the-box’ with the Mana Modular 510

Are you tired of mixing in-the-box and looking for an affordable means to get some analogue loveliness back in your workflow? Well, that’s the concept with Mana Modular’s initial release, the 510. Built in an extremely compact chassis, the 510 is said to offer up to 16 channels of analogue summing, available in two flavours: current or voltage driven. There are two auxiliary mixes and a mastering grade master section complete with studio communications and dual monitor outputs.

Up to four 510’s can be linked together to ultimately build a console capable of 32 channels. This small format desk sports ten 500 series slots, which allows you to customise the desk with whatever modules suit your needs. What’s even more exciting, is a USB connection with your host PC or Mac to mange desk settings and recall features. Complete recall on modern analogue equipment is really the only way most of us can consider including gear like this into our workflow. Now for some ‘recall-able’ 500 series units…!

I think this is a really interesting project and believe it will be well received with high levels of demand. However, I’m not yet convinced that a small start-up company will be the one to change the market in the same way the X32 did for the live sound console market. Wishfully thinking though, this might start the ball rolling for others to follow.

Check out the Mana Modular website which has some good information on considering the early stage of this project. Click here for the Kickstarter campaign, and if the Mana Modular console sounds like the solution for you, one could be yours for only 1,999 GBP. At the time of writing this, the campaign has already reached 4,353 GBP of it’s 5K GBP target, with 26 days still to go. Good luck Mana, we need more products like this in today’s market!

Here’s the video Mana Modular are using on their Kickstarter page for the campaign. Hosted on the Mana Modular YouTube channel, producer and artist Jack Prest explains about the new 510 console:

One response to “Mana Modular, the analogue console for project studios”