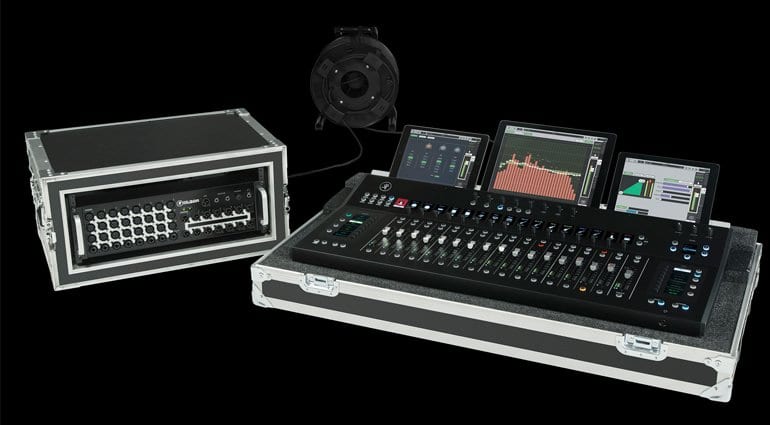 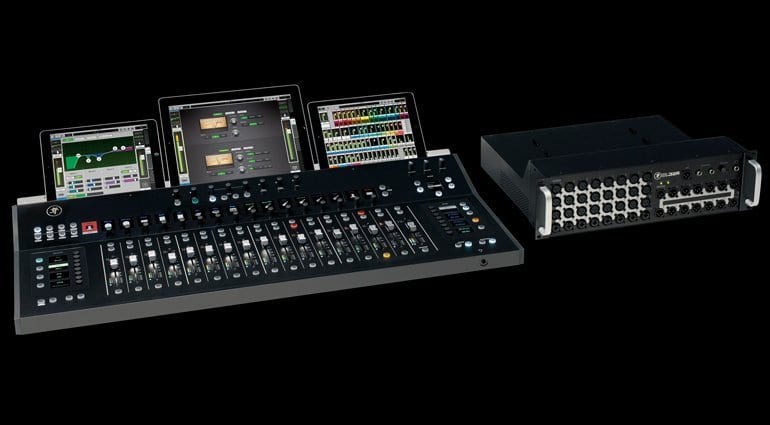 We reported on the Mackie AXIS digital mixing system almost a year ago when it was announced at NAMM 2016. Finally, AXIS has started shipping. But a quick examination of the pricing structure reveals what I believe are some striking price tags. It leaves the Mackie solution placed in a very competitive area of the market – just how expensive will it be for customers to implement?

I think the biggest selling point for the Mackie AXIS solution is how flexible it is to buy into. For example, you could start with just the DL32R digital rack mount mixer and a single iPad, then add the DC16 control surface and more iPads whenever you like. I use a DL32R on occasion, and for the price I think it’s a great piece of kit. It’s got a great remote control app and the later firmware versions with new compressor and EQ options are very useable. The only issue with rack mount systems is the lack of hardware controls which the DC16 control surface is expected to solve.

However, the I/O capabilities and processing power isn’t expandable. This is where my problems lie and I find it frustrating to use the term ‘system’. While it is a system that comprises of scalable parts, the performance is limited by the processing power and 32 channels of the DL32R itself. Therefore, however innovative and wonderful the workflow of the control surface might be, we simply have to compare it to other 32 channel systems, of which there are now plenty. Even the X32, which began this era of compact digital mixers has a fairly neat remote app. The Mackie is a better sounding product than the X32 in my opinion, but to complete your ‘system’ you might be surprised at the final bill.

On the positive side, existing owners of the DL32R can now expand their systems by adding the Dante card, Cat5e cable, DC16 control surface and more iPads. New buyers of the AXIS system can now enjoy complete packages with everything included, to form a reputable tour-grade package. From a workflow point of view, I have no doubt that Mackie can justifiably be proud of what they’ve created. From a financial point of view however, I’m struggling.

Pricing itself out of the picture?

Let’s look at the numbers. The DL32R is 1,497.27 GBP. The DC16 control surface is a whopping 3,384.27 GBP. Then in the small print they tell you that you will also need the DL Dante Card for the DL32R and DC16 to communicate. That’s an additional 545.96 GBP. Then there’s the cost of long and durable Cat5e cable and as many iPads as you want. You can obviously get away with just one iPad, which don’t forget is key to the whole system. However, if you’ve got a DC16 you’re going to want at least 2, if not 3 iPads. Even second hand that’s around 600 GBP to do it properly.

Therefore, excluding other peripherals such as a WiFi router or a USB hard disc for recording, you’re looking at a total just shy of 6,000 GBP! Now unless Mackie make an unbelievable offer with everything included, you’re in the same territory as an Allen & Heath GLD. I know which console I’d rather be standing behind.

Adding insult to injury, the DC16 control surface doesn’t appear to support any other uses. Therefore, you can’t use it in the studio as a DAW controller while it’s not on the road. Hang on a minute, doesn’t the A&H GLD do that…?! I’m really disappointed by these developments at Mackie. When the AXIS system was first announced I was really excited to see a manufacturer re-think the typical budget console. Unfortunately, they are in danger of pricing themselves out of the picture and we’re already seeing signs in the industry of what the next generation of digital mixers might look like.

For full details about the Mackie AXIS system and any of its components, visit their website.

Here’s Mackie’s overview video of the AXIS System. Published on their YouTube channel, try not to let the sales language brainwash you! 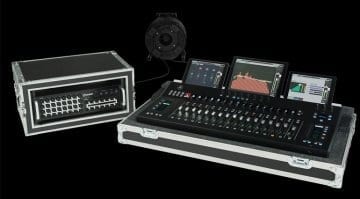 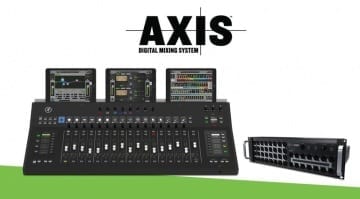 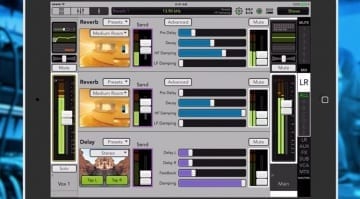 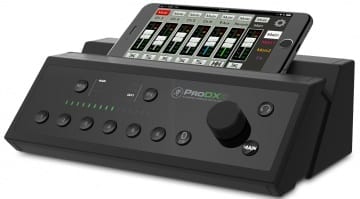 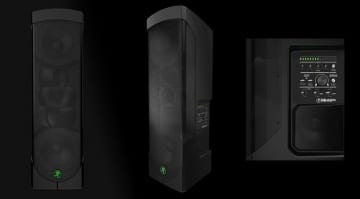 3 responses to “Is Mackie pricing its AXIS digital mixer system into obscurity?”

Thanks for your views on the Mackie Axis system. Although I certainly do not agree. I don´t know if you had the chance to use and test the system. With the innovative and very fast workflow the Axis system really stands out. The visibility with 26 full coloured screens and the flexibility of showing different information on up to 3 iPads are more reasons to go and try out Mackie´s Axis. And also the “look and feel” and built quality also justify the price. You named another brand and actually if you want to have the same I/O you will land around the same price, also compared to other competitors like Yamaha. We´re giving you another alternative wich doesn´t stand behind at all compared to the already named manufacturers. Also the Dante card is price reasonably compared to other manufacturers. And although we´re offering a high-end cable with EtherCon connectors you´re free to use any other Cat5/6 cables.

hi am apassionate to gears N stuff just one question! so i cant use the Mackie dc16 in my home studio as my protools controller? cause i was thinking about getting it!