STL Tones has released a new suite of virtual guitar software developed in cooperation with metal producer Will Putney.

The new suite is part of STL Tones’ Tonality Series and looks like it has a lot to offer. There’s pretty much everything you need: five amps, three virtual pedal effects (distortion, delay and reverb), a virtual cab room, plus a master EQ.  There is also a dual amp and cab mixer module for blending together the various virtual amp and cabinet combinations as well. 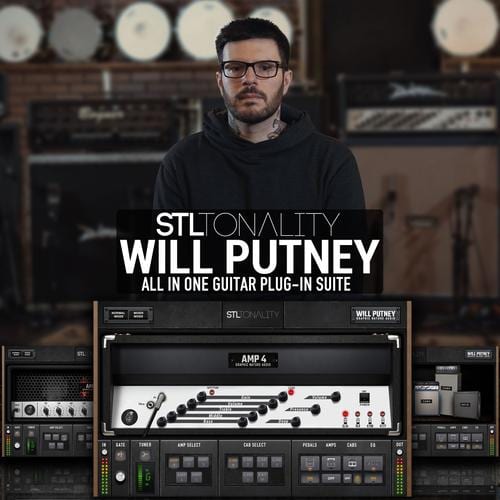 Let’s take a closer look at the amp models. Amp 1 is based on what the STL site says is a “well-known” metal amp (Peavey 5150), Amp 2 is a “German-voiced high-gain amp” (Bogner Uberschall), Amp 3 is another “well-known” American amp (Mesa Boogie Triple Crown), Amp 4 is “another German beast” (Diezel VH4) while Amp 5 is based upon “an American bass amp designed in 1969” (Ampeg SVT).

You can run the package on either PC or Mac at either 32-bit 0r 64-bit in VST/AU/AAX plug-in formats within your DAW of choice.

The amps on offer here are, predictably, all of the high gain variety. This package will probably suit someone looking for a more modern guitar tone. For my needs, it’s a little too one-sided, so I’ll stick to my IK Multimedia Amplitube suite and Helix Native plug-ins.

You can hear it in action below. I’ve included both the STL Tones official demo video and Ola Englund’s video review.