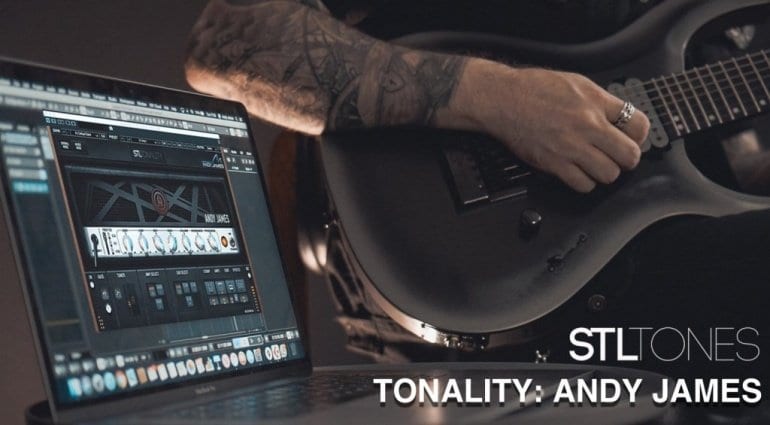 Like the previous Tonality incarnations, the Andy James pack comes in VST/AU/AAX formats and also includes a standalone option. They will all run in either Mac OS 10.9 or Windows 7 or above. While the Will Putney package included 5 models, the Andy James pack has only three. But it does include Andy’s signature drive pedal and some effects that he often uses.

One of the two overdrives provided here in software form is based on Andy’s Revenant Pre Amp pedal, the other is based around the Maxon OD-808. That should let you get a faithful rendition of his drive tones, just in software. The Revenant can be used either as a pedal in the front of your virtual Amp, or in the Power Amp section, thanks to the Routing option.

Three amp models are offered here, numbered 1, 2 and 3. The first two are modelled after a high-gain metal head. Amp 2 is all about the lead channel. Amp 3 goes for a more vintage 1960s tone, with a built in tremolo. Think AC30.

There is an introductory pricing offer of USD 89, instead of the standard USD 119 retail price, so early adopters will save some money. There is also a 10-day trial, so you can check it out in full first. Follow the link below to access the trial or order your full copy. The plug-in requires an iLok account but no USB dongle.