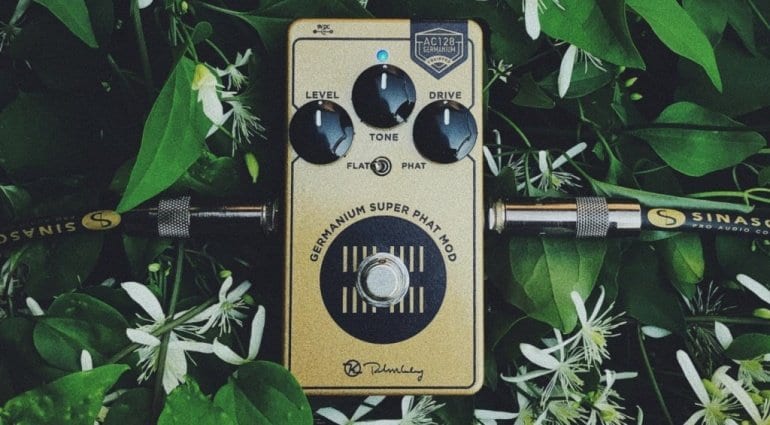 The new Keeley Germanium Super Phat Mod Overdrive pedal is essentially a limited run of the modification that Keeley started selling 16 years ago, back when they built a reputation on making other manufacturers’ pedals sound nicer.

Once upon a time, Keeley pretty much built its name on modding other manufacturers’ effects pedals and then re-selling them as improved circuits. One of the first three pedals they re-jigged was the infamous Boss BD-2 Blues Driver pedal, giving it a more ‘amp-like’ guitar tone and improving upon its internal circuit design via the process of upgrading certain components in the signal chain.

Then Keeley produced the regular gold-coloured Super Phat Mod pedal, which was a souped-up version of the same circuit, tweaked by Robert and his crew.

This brings us up to 2017. Keeley has evidently decided once again to come up with its own take on the circuit. This time it uses a Tungsram AC125 germanium transistor to improve the tone even further. Of course, it is a limited run, as they haven’t got unlimited stock of these parts. Expect 100 units to be built and signed. But you never know, maybe they’ll build some more in the future if they find parts…

Apparently, the gold pedal graphics were all manufactured and fabricated with AC128 Germanium on the top right. Then its makers discovered that they preferred the Tungsram AC125 transistor, but it was too late to change the design. That’s why it says one thing on the pedal, yet inside it has the Tungsram component inside. The 16 ‘gold bars’ in the black circle around the footswitch represent the 16th anniversary of this mod.

The control layout is simple, with Volume, Tone and Gain, plus a switch for Flat or Phat modes. It should be easy enough to dial in and ideally by having that ‘special’ Tungsram AC125 transistor in there you will notice a difference compared to a ‘standard’ modded old Boss BS-2 pedal…

Either way, for under $200 it’s a decent sounding overdrive pedal, judging by the demos I have heard. It’s worth considering this one if you can pick it up before they run out of stock.

I’ve added a video of the old and new versions below, so you can easily check them out and see what you think. I have to say, I do think the new one sounds pretty decent. For the price, it could be a useful drive pedal for many players looking for that amp-like overdrive tone.