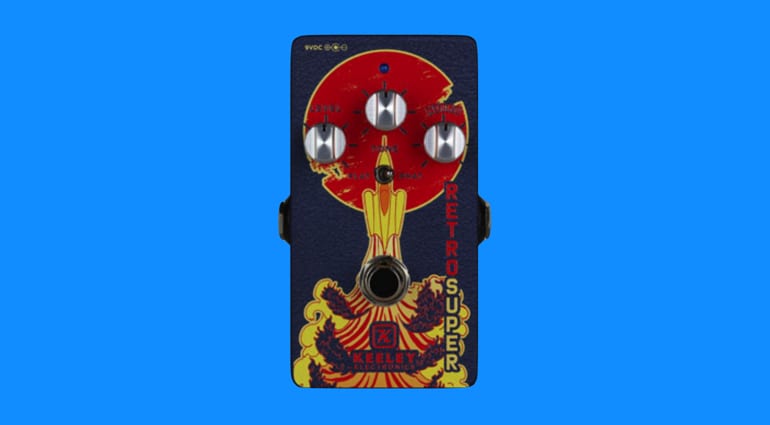 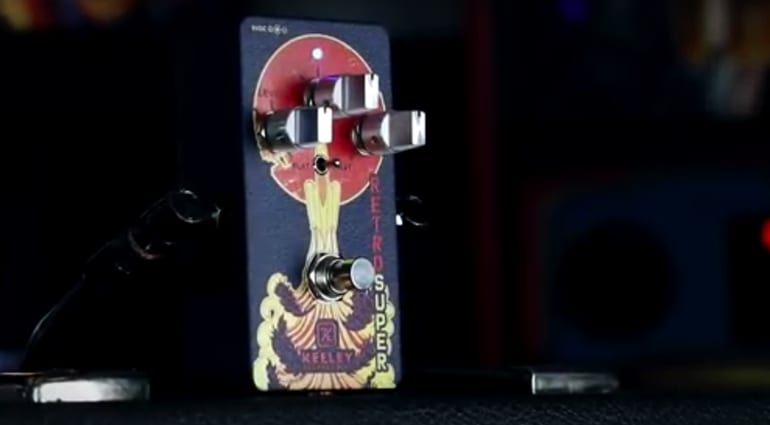 This is a limited edition model and exclusive to the US market. Essentially it is at heart the Keeley Phat Mod Germanium overdrive pedal. The team at Keeley Electronic’s Custom Shop has tinkered with the secondary gain stage so that the dynamics are more pronounced than the regular edition.

The Retro Super Germanium Phat Mod is still based upon a germanium amplifier stage, so has amp-like qualities, albeit one with a fuzz pedal in the front of it! The pedal can also do lower gain tones, so it isn’t all full-on gain and is actually pretty versatile for a single effect pedal.

With a super simple control layout consisting of Level, Tone and Nitro, plus a mini toggle switch that can choose between Flat and Phat, it should be easy enough to operate. 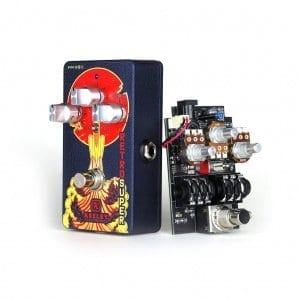 I really like the special retro-inspired artwork on the pedal, which was created by Phillip Ortiz. It is applied over a textured, deep blue powder coat and supposedly pretty hard wearing, as they get UV LED printed. It’s a good looking pedal and I love the simple layout of the controls.

You can get a whole heap of different drive tones from this pedal with this friendly control set. The official demo video sounds pretty decent, it is a shame it is such a limited release. The pedal is available now but in limited quantities. You won’t want to hang around too long deciding if you want one.