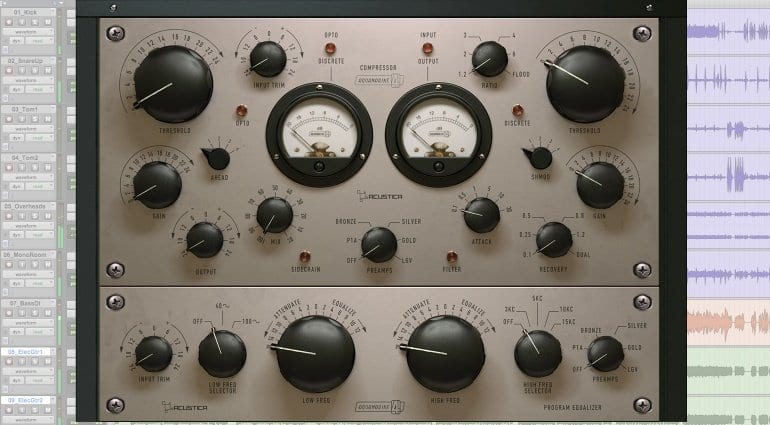 Acustica Audio has updated Aquamarine and turned it into a mastering and mixing plug-in suite. Aquamarine4 runs on the Core 13 engine and now includes an EQ in addition to the compressor, among other improvements.

Acustica Audio seems to be on a roll lately, updating its plug-ins to the Core 13 engine. After Amber3 and Titanium3, the Aquamarine4 suite is the third release in the past few weeks alone. And like the other two, the latest version of Aquamarine includes a new treat, which in this case is an emulation of a very rare passive equalizer.

The company says that Aquamarine’s new EQ emulates an “American ultra-rare passive equalizer from the 1950s”. The hardware unit which served as the model for Acustica’s signature effect sampling process is located in Berlin and reportedly one of only a handful of units still in working order. Acustica claims that its software version truthfully emulates the specific piece of hardware. At the same time, the makers admit that they don’t know how it would compare to the other few units still in operation, due to component variations or maintenance.

As in previous versions of Aquamarine, the compressor emulates the Shadow Hills Mastering Compressor, whose hardware counterpart would set you back a measly $8,000. It features both opto and VCA sections, with their inherent sonic characteristics. Acustica says that the attack time has been “exaggerated” in the software model, to the point where it can reach almost zero. There is word that the new version fixes some issues with the external side chain input, which did not work correctly in some hosts in previous instalments of Aquamarine. 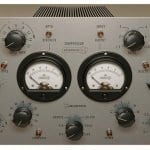 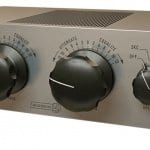 Aquamarine4 runs on Acustica’s latest Core 13 engine. Among other improvements, the company says that its new VLA (Vector Loading Acceleration) makes the response of the plug-ins faster. Core 13 also includes a new saturation algorithm and a new de-noising process for the samples.

As always, Acustica Audio is quite generous with the intro price. During the first four weeks, Aquamarine4 is available at 50% off for 99 Euros instead of 199. There is also a free 30-day trial version. For authorization, both the full and trial versions rely on Acustica’s new Aquarius application.