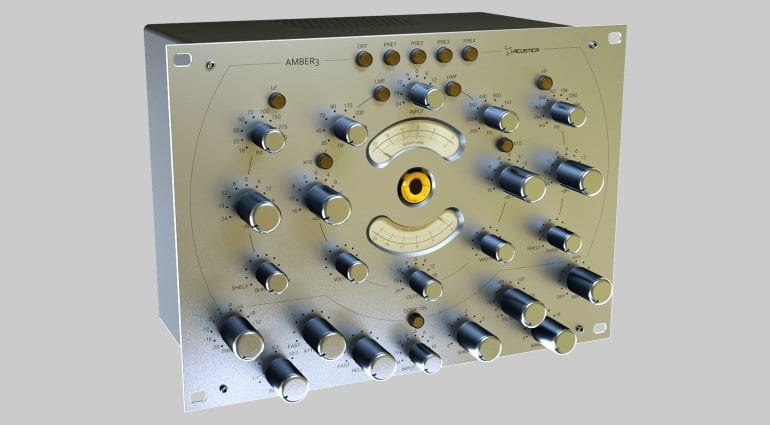 Acustica Audio has released Amber 3, the successor to the popular Amber 2 equalizer plug-in. In addition to the EQ, Amber 3 now contains a compressor and a preamp. There is also a new channel strip plug-in, which combines all three units into one.

As always, Acustica Audio takes care not to mention the names of the modeled hardware units. But the flashy GUI is so meticulously crafted after the design of the Avalon Designs 2044 (compressor), 2055 (EQ) and 2022 or M5 (preamp), that you don’t have to be psychic to figure out whose footsteps Amber 3 is trying to fill. The modeled (or better: sampled) Avalon units use discreet Class A circuitry and are valued for their very transparent and precise sonic characteristics. Unlike many other legendary effects commonly resurrected as software, they were only recently discontinued (2044, 2055), or can still be bought new.

Like all plug-ins in their Acqua series, such as Gold, Magenta, and Water, Amber 3 uses Acustica’s effects sampling technology. It is based on their Core 13 engine, which, among other improvements, is supposed to make the response of the plug-in considerably faster. There is also a new saturation algorithm called SASM (Symmetric & Asymmetric Saturation Modeling). 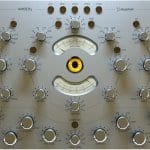 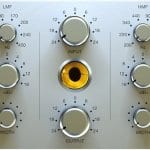 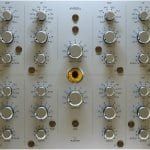 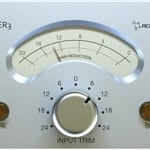 Amber 3 contains individual plug-ins for each unit (EQ, stereo EQ, compressor, and preamp). So you don’t need to load everything if all you need is some equalization or compression. Select the channel strip plug-in, and you’ll get an all-in-one solution for shaping your audio. Like all Acqua plug-ins since Core 7, Amber 3 contains both standard and zero-latency versions. Choose the latter to eliminate latency during tracking, at the expense of more system resources.

Acustica Audio Amber 3 is available in VST, AU and AAX formats and requires Windows 7 or later or Mac OS X 10.8 or later.

For the first four weeks, the introductory price is 129 Euros. The regular price will be 189 Euros.