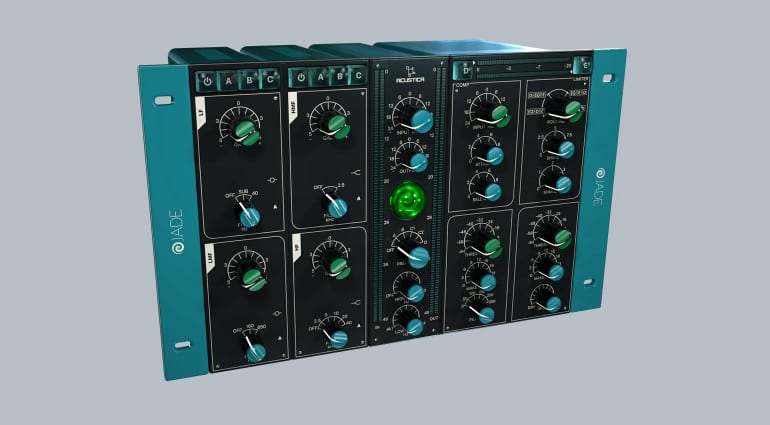 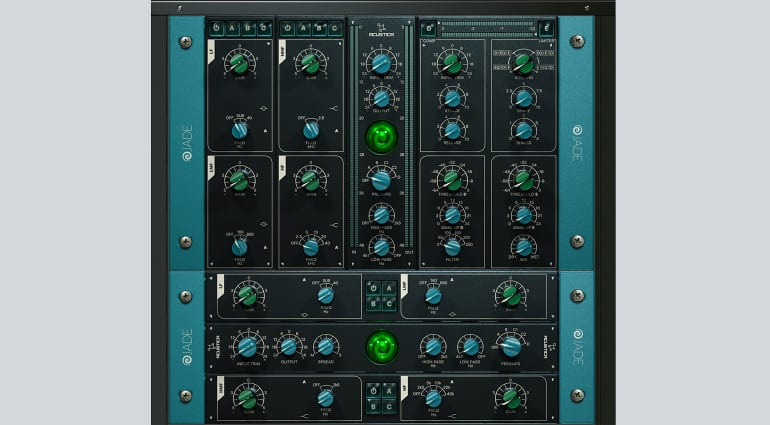 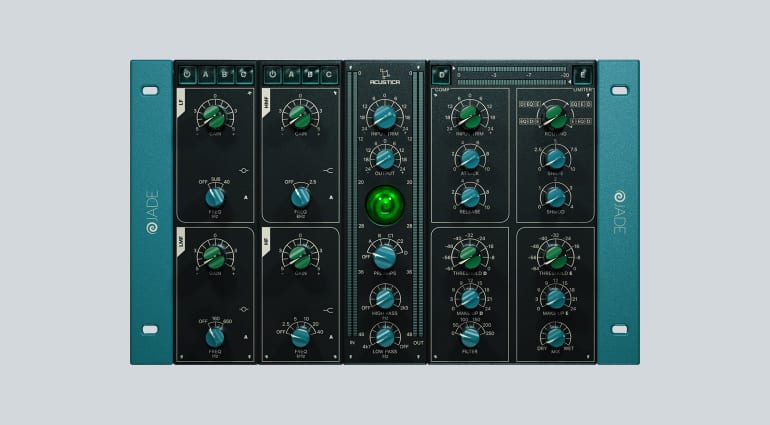 Acustica Audio has released Jade, a new plug-in suite and channel strip with EQs, dynamics and a preamp section. Jade is the first plug-in suite to run on Acustica’s new Core 15 engine. The company says that it delivers a “warm and smooth sound” with plenty of transparency.

According to Acustica, Jade was derived from five hardware units, which were merged into three EQ emulations (A, B, C), a discrete Class-A compressor (D), a peak limiter (E) and a preamp section with five different characteristics. Jade includes two plug-ins: the channel strip with two switchable EQs, compressor/limiter and preamps, and the Jade EQ plug-in, which offers two switchable 4-band EQs and the preamps.

Acustica says that EQ A was modeled after an American unit. The company claims that it preserves the original sound and is well-suited to giving a signal an “airy” quality. EQ B is inspired by a British EQ from 1994, which is famous for its “clarity and versatility”, according to Acustica. EQ C is a hybrid EQ derived from two separate hardware units, whose bands were combined to produce a “breathy” EQ.

The compressor and peak limiter can be used individually or simultaneously. When used together, they are arranged in series, with the peak limiter following the compressor. Acustica says that both processors were designed to “provide a transparent, musical control of dynamics”.

The preamp section offers five models based on various hardware units, according to Acustica.

Jade is the first plug-in suite that utilizes Acustica’s new Core 15 engine. The main difference to previous units is the new EHR Enhanced Dynamic Response Technology. Acustica says that the new engine allows you to use the input trim to push the harmonics of the various processors into higher values, making them more obvious. Also new in Core 15 is the Dynamic Routing technology. This means that sections of a channel strip are treated as dynamic elements, which can be rearranged as needed, for added flexibility and less CPU consumption.

Acustica Audio Jade is now available from the company’s website. As always, Acustica has a rather attractive introductory offer. During the first four weeks, Jade costs EUR 89. After that, the price will increase to EUR 199. A trial version is also available from the website.

Jade runs on Windows 10 or higher and macOS 10.14 or higher in VST, AU and AAX formats.