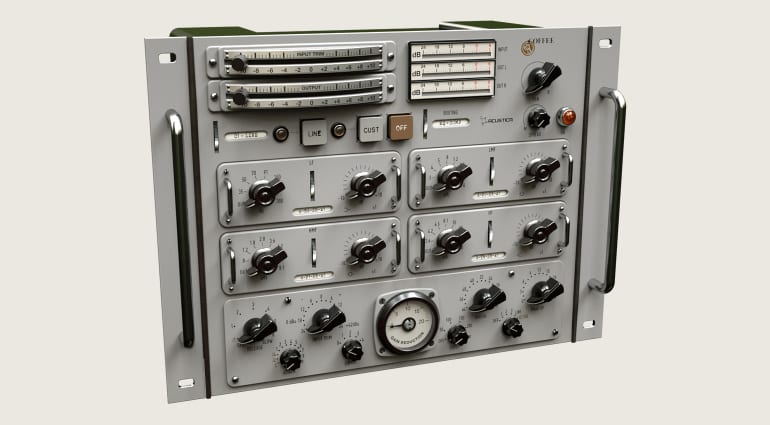 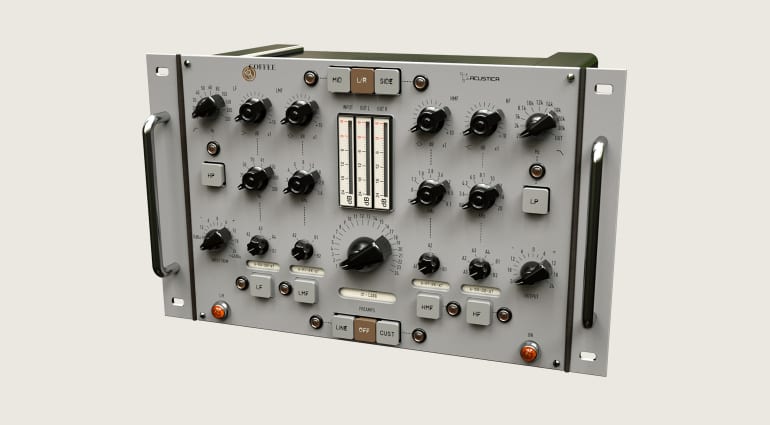 Following up on the April 1st freebie Coffee the PUn, Acustica Audio has released the Coffee plug-in suite. The company says that Coffee is a modern take on 60s studio icons. The suite includes a channel strip, EQ, preamp and compressor.

When Acustica released the free, Pultec-inspired Coffee The PUn EQ on April 1st, many suspected that it could be a taste of an upcoming new release. That new release is here now. Coffee is a plug-in suite that comprises a channel strip, preamp, EQ and compressor. It runs on the company’s most recent Core 15 engine.

Acustica says that the various processors that make up Coffee are inspired by vintage units, but “re-engineered in a contemporary fashion”. According to the developer, the plug-ins are based on a total of six hardware devices, whose features have been merged into plug-ins that suit the contemporary workflow.

The Coffee EQ offers two 4-band equalizers with high-pass and low-pass filters. It also includes a preamp section. According to Acustica, Model A is a recreation of a mixing desk EQ, while Model B is an American 3-band EQ with a Germanium preamp, which has been reconfigured with four bands for more flexibility. 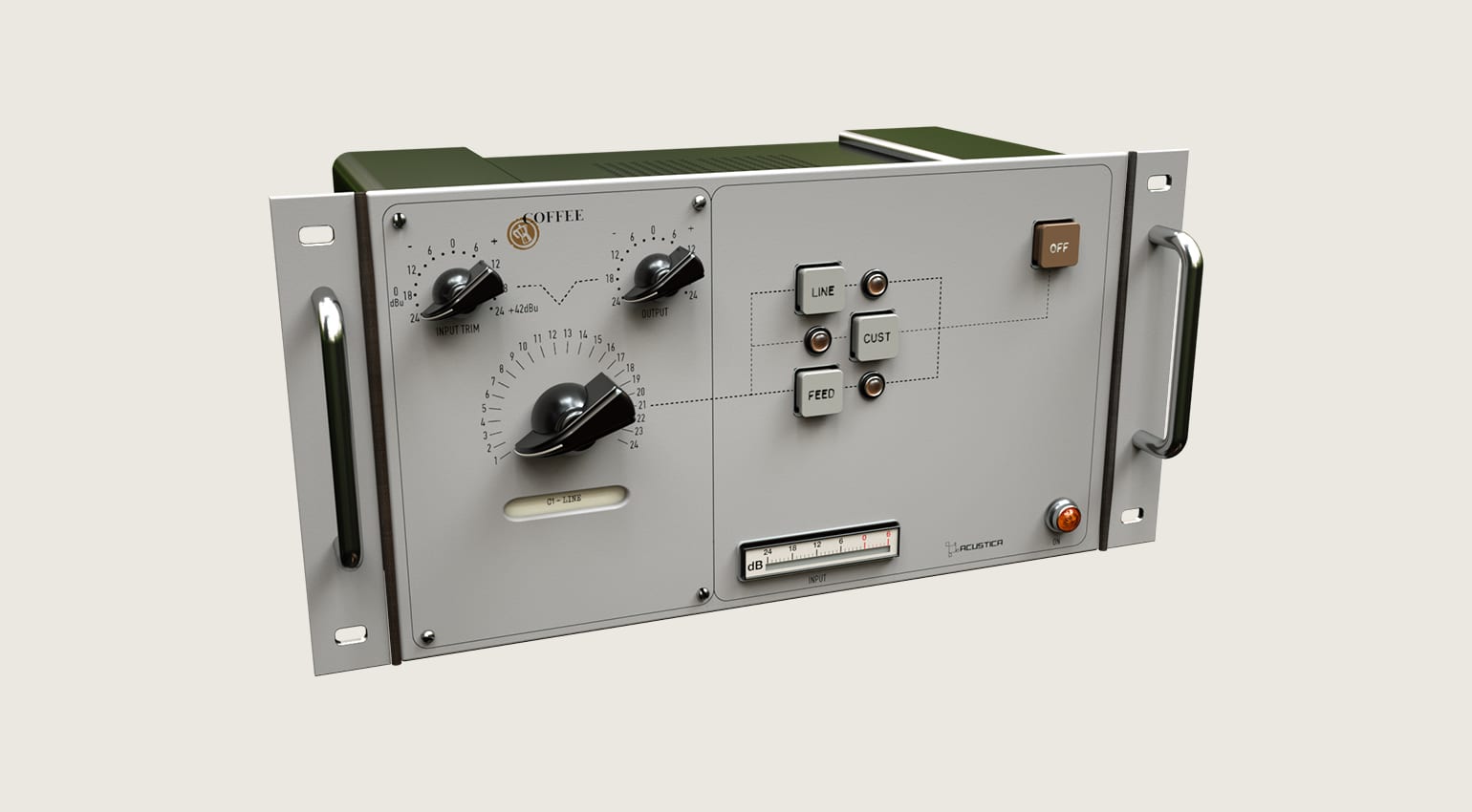 The Coffee preamp plug-in offers a selection of no less than 31 preamps divided into three groups: line, feed and cust.

The compressor features four dynamics processors, which are derived from a 60s Vari-Mu tube compressor and an “all-discrete, transformer-coupled compressor/limiter”, Acustica says. Three of the plug-in’s modes are based on the Vari-Mu, with Mode 1 representing the operation of the original, and Modes 2 and “Ultra” offering modern adaptations. Mode 3 is inspired by the other hardware unit, but with “new features and extra control”, Acustica claims. There’s also a limiter mode, which uses only the limiter section of Mode 3. 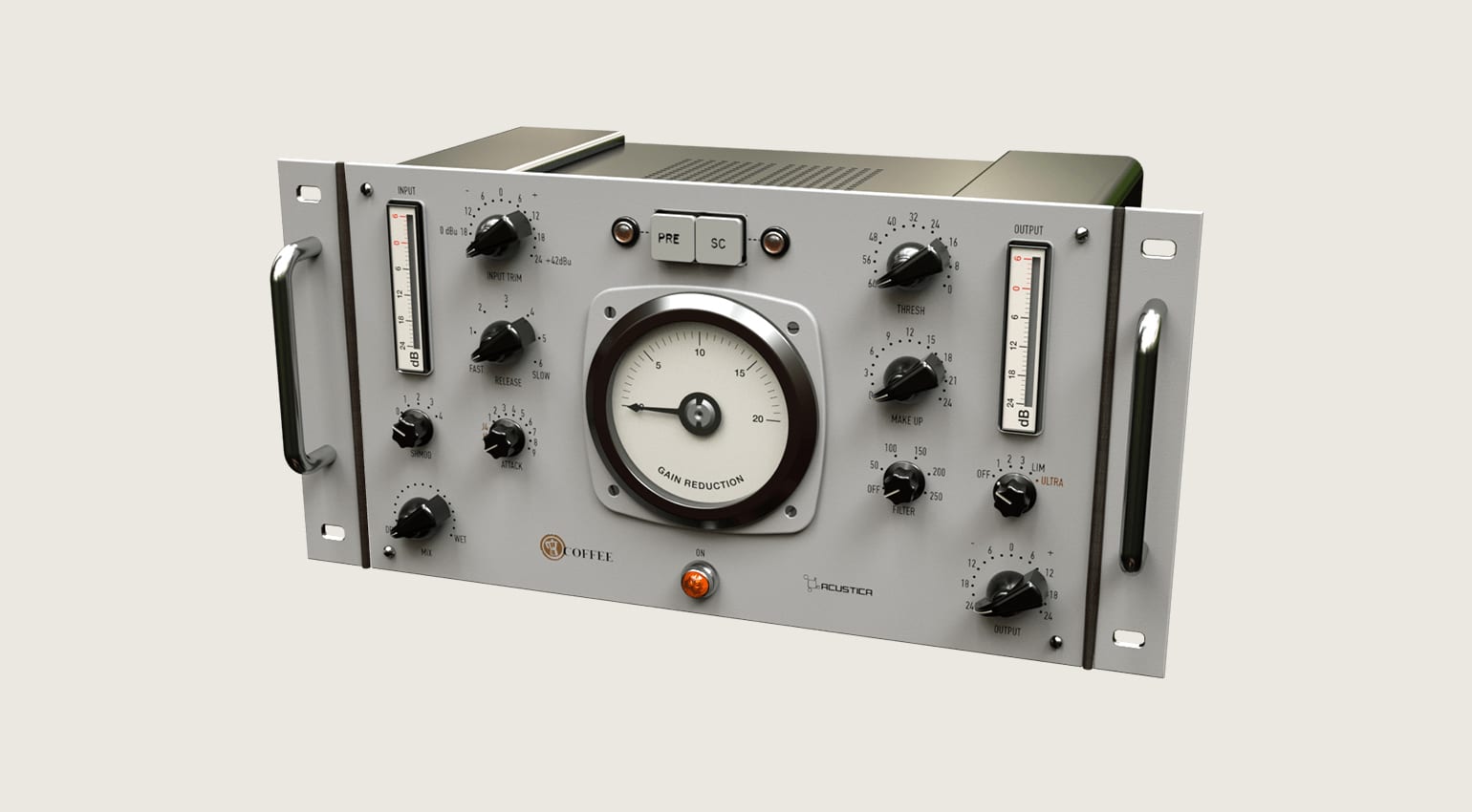 All three processors come together in the Coffee Channel Strip plug-in. Like all recent Acustica plug-ins, the Coffee plug-ins come in standard and zero-latency versions.

While Coffee is yet another gorgeous-looking suite by Acustica, I’m beginning to have a bit of trouble keeping up with the company’s fast-paced string of releases. Their Acqua range now comprises so many plug-ins and suites that it’s not easy to tell what’s based on what, and which plug-in might be useful for which task. That said, I’m sure that Coffee will have its unique place within the line-up.

Acustica Audio Coffee is now available from the company’s website. As always, Acustica has an introductory offer. During the first four weeks, you can get Coffee at 40% off for EUR 129, instead of EUR 219.

The plug-ins run on Windows 10 or higher and macOS 10.14 in VST, AU and AAX formats. The installation and activation process is handled by the Acustica Aquarius app, which also lets you install a trial version.

2 responses to “Acustica Audio serves up Coffee, based on 60s studio icons”

Lots of plugins lately are “product before the need” type. Not just/strictly Acoustica. How is this so different from something else that it’d make a difference between mediocre and good production?

I also have trouble keeping up with their releases. Each channel strip plugin includes several models of preamps, EQs, and compressors that it’s difficult to make the case that anyone needs more than two or three of them. I’d rather Acustica expend their energy on getting their software more modernized – i.e. with HiDPI GUIs, better metering, and hiring native speakers to write copy for their manuals and their website. Their whole operation feels so oddly bespoke rather than relying on standard conventions that other developers follow for integrating with their host operating systems. (My deep-down, dark-hearted wish… that Apple will just purchase them outright and integrate their technology into Logic Pro X.)