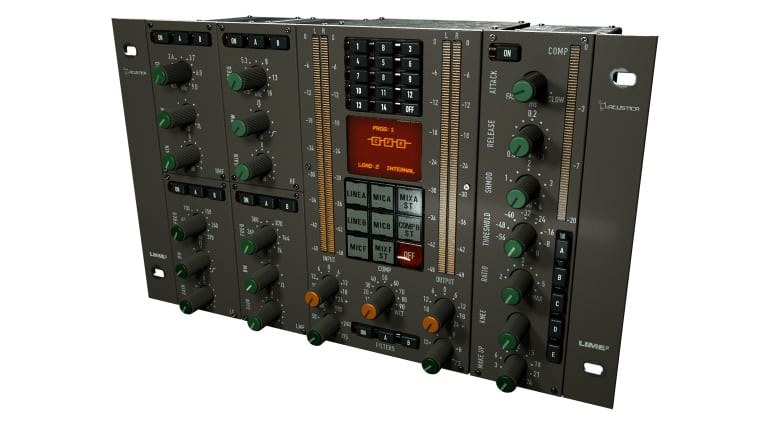 It’s been more than three years since the release of Lime, and Acustica must’ve thought that it was time to bring the Neve channel strip up to spec. The upgrade to the Core 15 engine introduced in Jade a few weeks ago means that Lime2 now gets the latest of Acustica’s technologies, including EHR Enhanced Harmonic Response and Dynamic Routing.

Lime2 consists of a channel strip plug-in and the Lime2 CRAZY88 bundle with stand-alone bus (compressor), EQ and preamp plug-ins. The channel strip offers a selection of eight mic and line preamps, high and low cut filters, two switchable 4-band EQs, a compressor and side chain. They can be arranged in 14 routing configurations, which means a degree of flexibility that you would otherwise only get from a combination of individual plug-ins.

If you don’t need the full channel strip all the time, the included stand-alone compressor, EQ and preamp plug-ins use up less resources and give you even more flexibility. Some of them contain more emulations than the channel strip. According to Acustica, the stand-alone PRE88 plug-in comes with 35 preamp models arranged in four groups. Similarly, the equalizer plug-in offers an additional EQ model. Acustica says that EQ C is derived from an early 80s IC-based console by the same manufacturer (Neve).

What’s more – I think Acustica is lucky to have skillful graphics people. Like other Acustica plug-ins, Lime2 has a gorgeous-looking UI that really makes me want to play with it. Photo-realistic interfaces aren’t always the best for usability, but boy do they look inviting!

Acustica Audio Lime2 is now available from the company’s website for EUR 89. This introductory offer lasts for the first four weeks; after that, the price will increase to EUR 199.

The plug-ins run on Windows 10 or higher and macOS 10.14 or higher in VST, AU and AAX formats. Acustica says that a version of Lime2 for Quantica Audio Modula is also in the works. 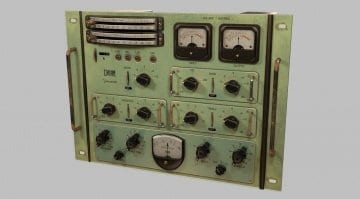