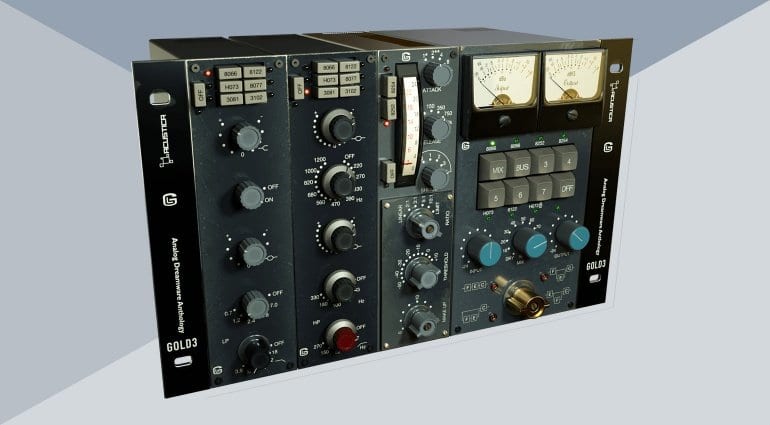 While Sand 3 takes care of American console sounds and Honey 3 has got you covered when it comes to SSL, Acustica Audio Gold 3 is all about vintage British consoles. The suite includes a channel strip and individual EQ, compressor and preamp plug-ins sampled from legendary vintage consoles. The latest version adds a couple of new equalizers and ports Gold to Acustica’s new Core 14 engine.

According to Acustica, Gold 3 is a “complete virtual console emulation”. You can choose from a channel strip plug-in which combines preamp, EQ and compressor sections, and individual plug-ins for each task. There’s also a routing control section to facilitate getting your signals from A to B. The graphical user interface looks stunning as we’ve come to expect from Acustica. 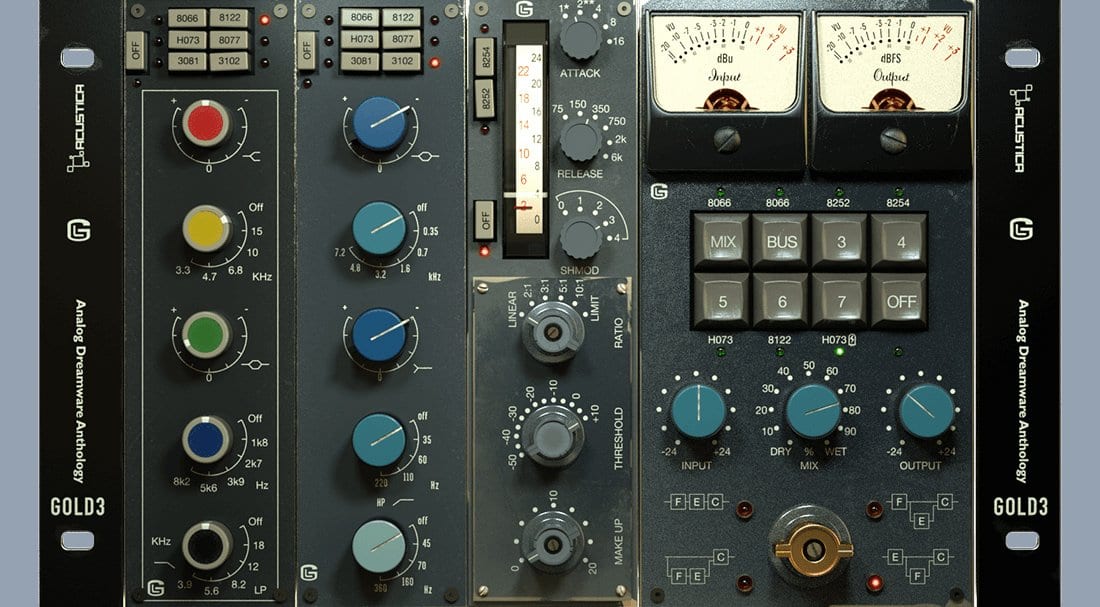 The EQ section has been expanded with two new equalizers, for a total of eight. According to Acustica, these were sampled from a vintage console at Tambourine Studios in Malmö, Sweden, which is where all of the Cardigans’ albums were recorded. Gold 3 also contains two “extremely rare” compressors, as well as 7 preamps.

The Core 14 engine introduces Acustica’s “AI deep learning” technology. After It uses artificial intelligence to predict the settings a professional mixing engineer would make. Think of it as advanced presets, which don’t merely set the controls of the plug-ins, but react intelligently to your source material.

Acustica Audio Gold 3 is available for Windows 7 and up and Mac OS X 10.11 and up in VST, AU and AAX formats. Acustica’s Aquarius app handles the installation and authorization process. Until December 3, 2019, you can get Gold 3 for 59,70 Euros – 70% off the regular price of 199 Euros.

One response to “Acustica Audio Gold 3: The British console channel strip gets an update”

Sand is the SSL and Honey is based on Harrison 32C. Pink for API