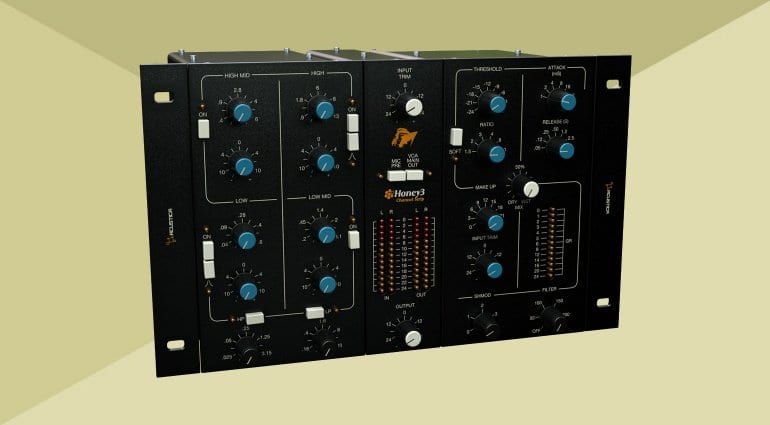 Developer Acustica Audio has released version 3 of its Honey analog console emulation suite. Honey 3 recreates an American mixing console used on classic records by Michael Jackson, AC/DC, ABBA, Queen, Led Zeppelin, Genesis and others. However, Acustica didn’t stop at remaking the original hardware. As the console doesn’t feature a compressor, the developer added a “home-brew” VCA unit whose sonic character Acustica says is an extension of the console’s design.

All in all, Honey3 comprises four plug-ins. First is the Honey3 Classic EQ, based on a 1975 design that’s said to have a “very sweet top end”. Next come the Honey3 Vintage EQ with a “wide, smooth response” and Honey3 Comp – a feed-forward VCA compressor that ought to function great on a mix bus. The final plug-in is a Channel Strip which includes some of these processors in a pre-defined arrangement, which also includes a mic preamp emulation.

While the Classic EQ comes from the 1975 recording console, the Vintage EQ is derived from a broadcast model. Both are four-band parametric EQs. The graphical user interface is, naturally, made after the original hardware with its characteristic black panels and colored knobs.

Honey3 is being sold at an introductory price of EUR 89, down from EUR 169. A trial version is available through Acustica’s Aquarius plug-in manager. You will have to register an account with Acustica, download & install Aquarius, and proceed with getting the Honey3 trial from there. The plug-ins are available in VST, AU, and AAX formats for Windows and Mac machines.