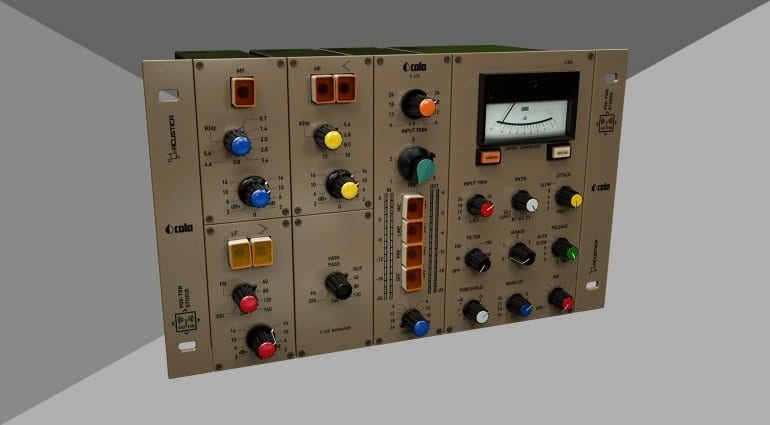 Shortly after the release of its Honey3 American console modeling suite, Acustica Audio debuted another new product called Cola. It’s a collection of plug-ins emulating a ’72 British console, with a twist. For the first time, Acustica has employed deep learning AI tech in the role of simulating the mixing decisions of a real-life audio engineer. This is a different approach to that of developers like iZotope and sonible, which come from algorithmic audio analysis. I haven’t had the chance to test the so-called AI presets included with Cola, but “sampling” humans isn’t something you hear of every day!

As with all Acustica Audio suites, all plug-ins are accessible individually or inside a standalone channel strip.

AI engineer – the future of presets?

As explained by Acustica, its deep learning technology lets them sample and emulate an audio engineer’s approach to a track or mix. This is combined with psychoacoustic and spectral audio analysis to effectively teach a plug-in how to mix like a pro. In Cola, this is implemented as “AI presets.” The initial release offers only two of these, aimed at orchestral elements and mix buses. Acoustica says there will be more in the future, and that the AI engineer feature is still “extremely experimental”. However, if there’s anything like the “future of presets” out there, this has to be it. If this thing takes off, we’ll be having AI producers giving us starting points instead of producer presets. But I wouldn’t be afraid for my job anytime soon if I was an audio engineer. I’m sure a good few generations of competent audio engineers will get to “teach” AIs their craft.

Back to the present, Cola is being sold at an early access price of EUR 109, down from EUR 159. A trial version is available through Acustica’s Aquarius plug-in manager. You will have to register an account with Acustica, download & install Aquarius, and proceed with getting the Cola trial from there. The plug-ins are available in VST, AU, and AAX formats for Windows and Mac machines.