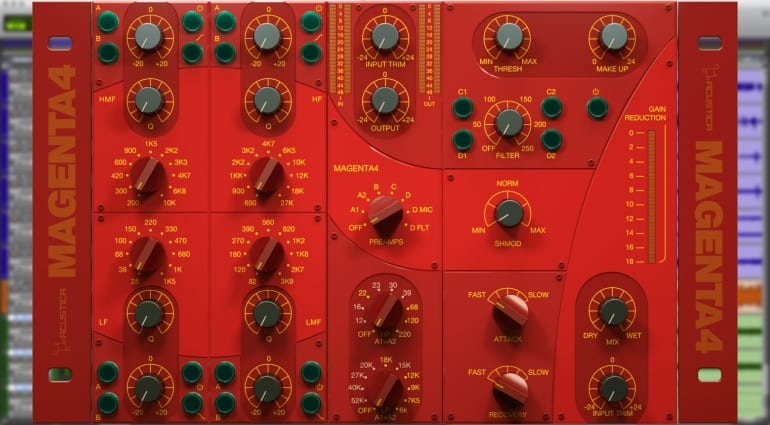 Developer Acustica Audio released Magenta 4, a plug-in bundle comprising six standalone modules for frequency and dynamics processing. The modules recreate various pieces of analog hardware gear with appropriate improvements to the original schematics here and there for a greater level of control. For example, Acustica separated the harmonic distortion component from the EQ section response, letting you dial in just how much harmonic content you desire on top of the signal.

According to the developer, the striking red Magenta 4 modules work excellence on drums, percussion, guitars, analog synths, bass, vocals, and whole mixes. So there’s a great bit of versatility to this package.

The six standalone modules are as follows:

Each plug-in in the suite has a Standard version and an alternative ZL variant, which runs in zero-latency at the expense of extra CPU time.

The units are available now in VST, AU, and AAX formats for Windows and Mac computers. Acustica has priced Magenta 4 EUR 199, with an introductory price of EUR 169.15 (15% off). The update from Magenta 3 is free, which is seriously generous on the developer’s part! 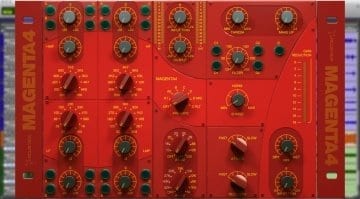 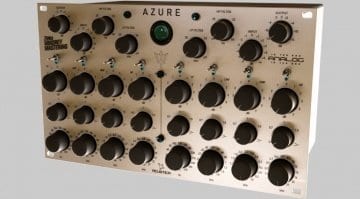