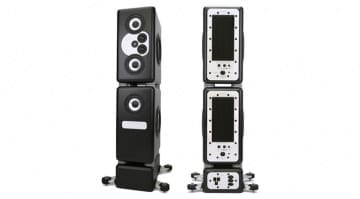 With 10 drivers per side, Barefoot have literally extended their MM12 flagship monitors, to provide "the ultimate monitoring setup".