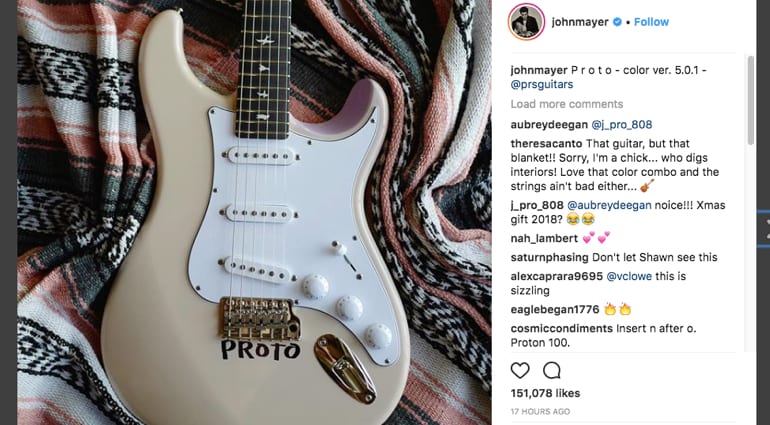 The PRS John Mayer Silver Sky signature guitar could be available in new colours soon! John Mayer has just posted a photo on Instagram of a Silver Sky model with a finish  we haven’t seen before.

According to My Mayer’s Instagram post, it is currently called Colour Version 5.0.1. It also has PROTO scrawled in what looks like permanent marker just below the bridge.

The PRS Silver Sky has already caused controversy with its Fender Stratocaster styling. John even make a video defending it and many players either adore or abhor it. So will we see new colours in time for Summer NAMM?

With folks over at The Gear Page forum already arguing over its worth, this could be a fun one!