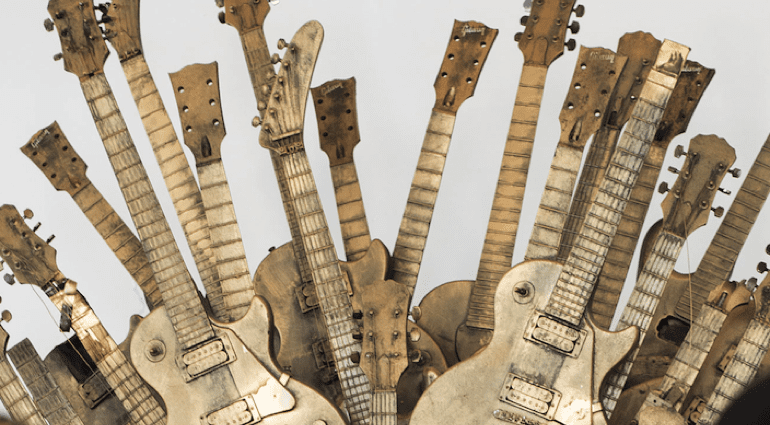 Gibson NAMM 2017 Stand's 'Throne of Tone'. But where is that prototype from the CES Show?  ·  Source: http://www.gibsonnamm2017.com/Photo-Gallery/First-Impressions.aspx

We’d been watching Gibson’s 2017 NAMM Show stand in 2017 to see if a certain guitar was going to debuted – but in vain. In amongst all the new versions of Les Pauls, 335s and Joe Bonamassa Signature models, we were hoping to see the new ‘prototype’ that appeared at the CES Show a week or so back.

So, where was it? The model we saw shown at CES might possibly be the most interesting guitar the company has made in years. And yet they decide not to introduce it at the music industry’s biggest equipment show. Is the company making a big mistake?

I am pretty sure that they would have gained a lot more press coverage and interest in the brand, had they actually brought a couple along for the dealers all to look at. 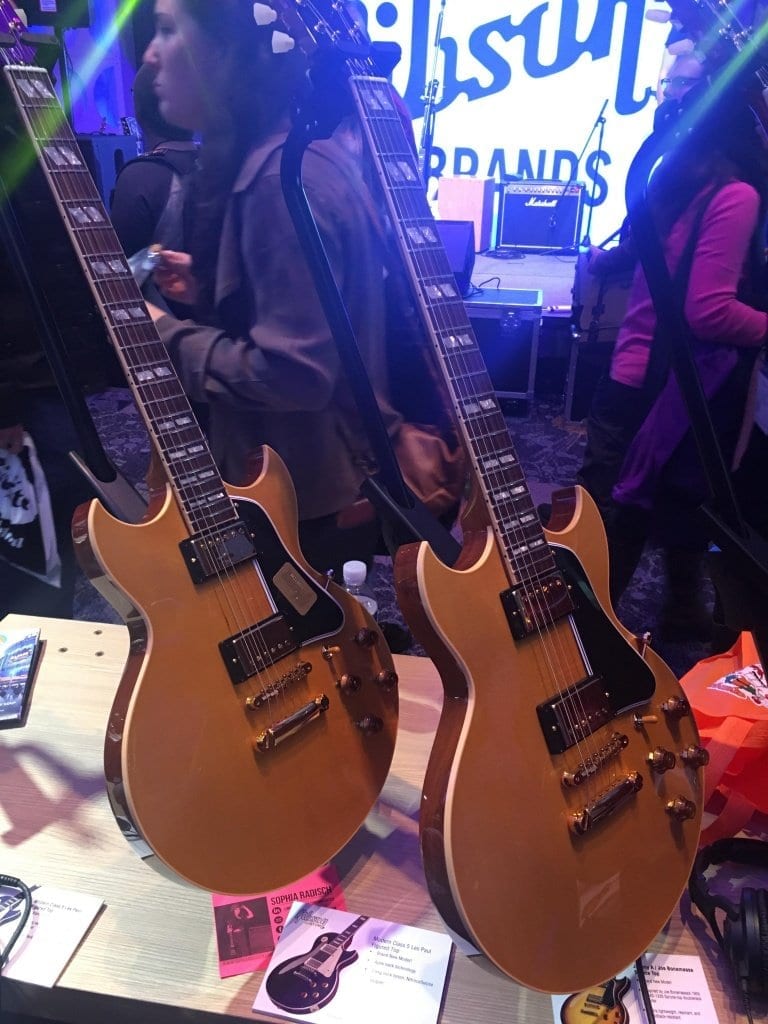 Instead, we got (yet another) Joe Bonamassa signature model. It’s some sort of Johnny A / Joe Bonamassa spruce top, but currently, there is zero information on either the Gibson main site or on their mini NAMM 2017 show site about it. Even that ‘special’ Gibson NAMM Show mini website I found is – in my opinion – as dull as dishwater this year. The new S-Series, at least, may enliven the brand for a while, but it’s not the leap forward we’re all hoping for. Come on, Gibson, do something astounding – before it’s too late…

Gibson is finished…
The older ones are coveted…
It’s over

I sincerely hope not, as when they build a decent guitar it can be great. I personally feel they could waste less time on certain ‘ridiculous’ models and concentrate on what they are good at. I’d be happy with less ‘flakey’ versions and a more streamlined lineup, that was consistent. If they concentrate on what makes them great, then there is hope.

Have you played a Johnny A ? (signature or standard). The new spruce top version is a good addition to that line. There are vanishingly few fully hollow body electric guitars (Gibson’s Johnny A models, maybe a Gretch or two). They are well made, play wonderfully, and a long scale neck (for Gibson: 25.5″) and have their own voice.