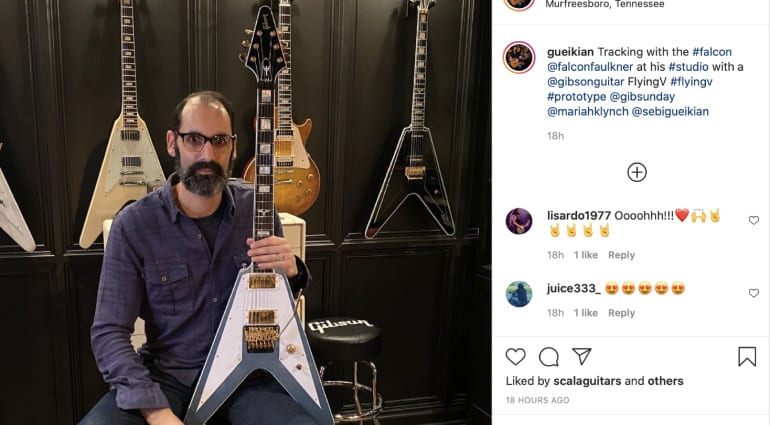 Chief Merchant Officer at Gibson Brands, Cesar Gueikian, has been showing off a new Gibson Richie Faulkner Flying V prototype on his Instagram account. The model appears to be in a Pelham Blue finish and will hopefully go into full production some time this year. Let’s take a closer look at what we know so far.

The main differences between the Gibson and Epiphone versions, apart from the obvious colour change, are that the Epiphone version has nickel hardware, whereas the Gibson comes with gold hardware, including a gold Floyd Rose. The Judas Priest logo has also been moved to the truss rod cover instead of on the headstock itself. 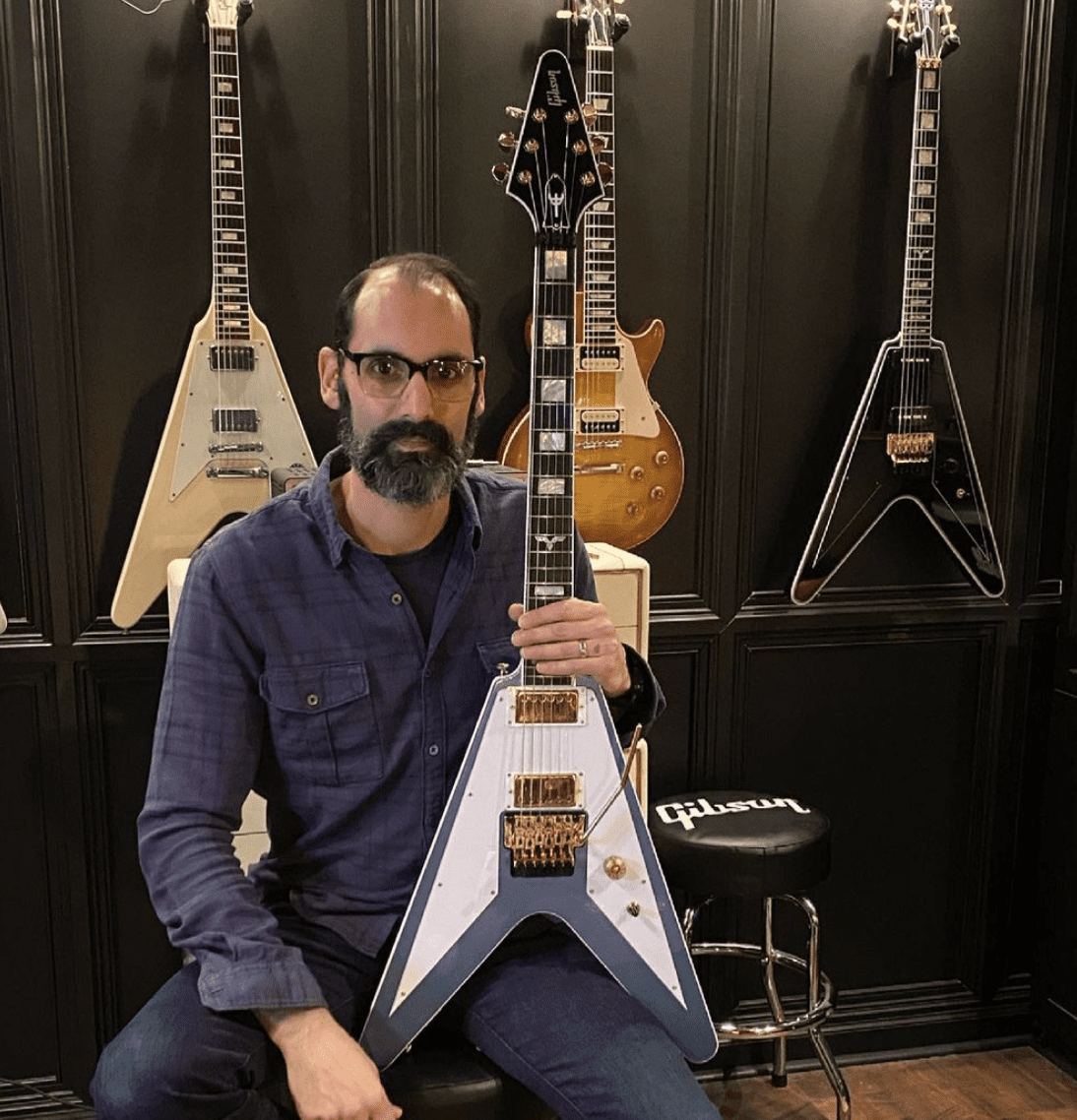 The Falcon inlay is still there on the 12th fret, a reference to Faulkner’s nickname given to him by Priest lead singer, Rob Halford. The nickname stems from the Faulkner surname, which itself is derived from being a falconer. The guitar seems to have the same set of EMG pickups as the Epiphone model, which are an EMG-57 in the bridge and an EMG-66 in the neck position. These are then wired via a single volume control and a three-way selector switch. I presume it will also have the satin/matte finish on the back of the neck, to aid playing by minimising drag.

I own one of the Epiphone Richie Faulkner Flying V models myself and it is an absolute beast of a guitar. So I’m very excited to hear of this new Gibson version. You can check out the original videos of Richie from when he launched the Epiphone version below. They are well worth a watch, as he goes through why he chose appointments like the double pickguard and that satin finish on the back of the neck.

Richie has this to say…