Looks like Tool’s Adam Jones has been spotted playing a ‘mystery Flying V’ at a Tool concert. Fans think that it may be the new signature Gibson Flying V announced back in 2021.

If you watch the Tool concert footage below, from 10 January at the Matthew Knight Arena in Eugene, Oregon, you can see Adam Jones playing a split headstock Flying V. During the band’s closer, Invincible, Jones can clearly be seen in the video below to be wielding the mystery guitar.

The mysterious Gibson Adam Jones Flying V in SilverBurst appears in the final frame of the 2020 official Gibson TV YouTube video for the first run of the Jones’ signature 1979 Les Paul Custom, a guitar which sold out immediately upon release.

To say the hype around the Adam Jones signature models has been high would be an understatement. So I can see exactly why Tool fans got all excited on Monday night at this gig when they saw Adam wielding a mystery Flying V model.

However, the guitar in the concert footage above looks nothing like the Flying V Custom in the image below. But we do know that Adam is working on new Gibson and Epiphone signature models, so maybe it’s a variation? Plus, Gibson owns other brands including Kramer, so it isn’t a stretch to say that it could be released under one of the other brand names. 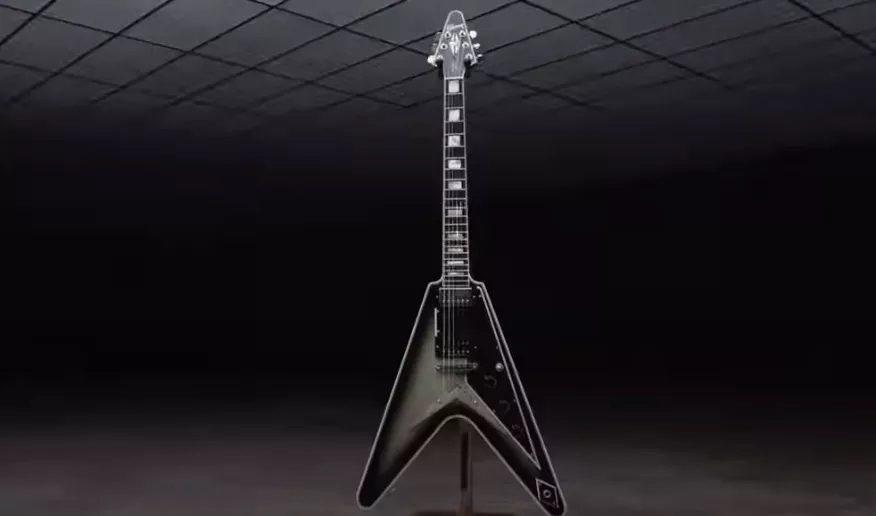 We have already seen glimpses this week of Metallica’s Kirk Hammett , who struck a signature guitar deal in 2021 with Gibson, playing a purple Flying V. It does look like 2022 could be the Year of the Flying V for Gibson artists. Last year we also saw a Pelham Blue Richie Faulkner Flying V Custom being wielded by Gibson’s Cesar Gueikian. The Judas Priest guitarist already had a highly successful run with an Epiphone Flying V, which sold out worldwide back in 2017. 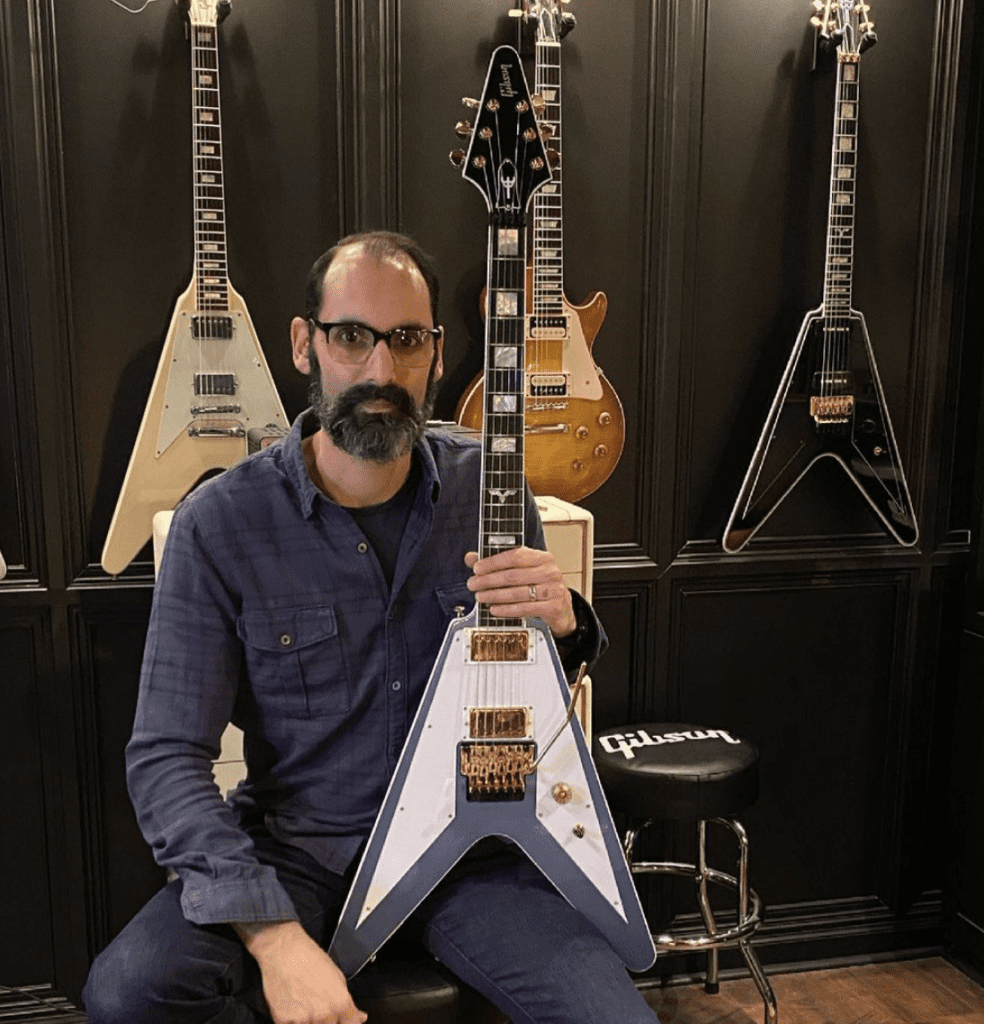 Then finally, we know for sure that the Dave Mustaine signature Flying V is coming out this year, as the Megadeth frontman officially announced it with Gibson in December 2021. 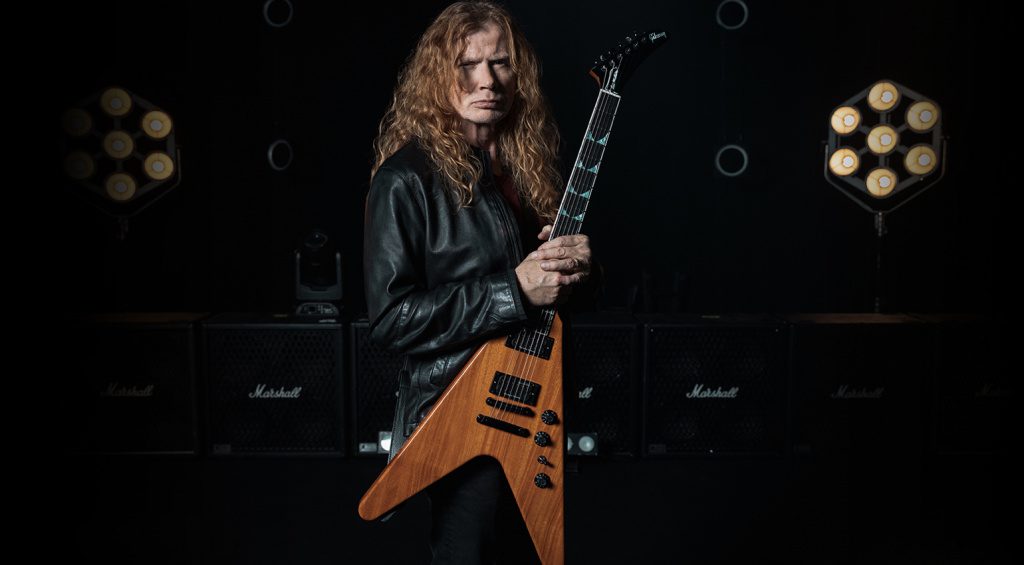 I’d suggest keeping an eye on Adam Jones’ Instagram account for updates. He often teases new releases on the platform and has shared images there in the past. 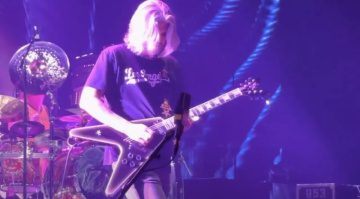 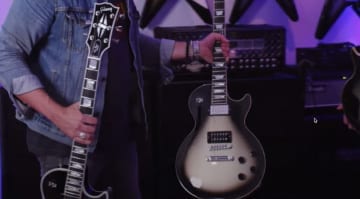 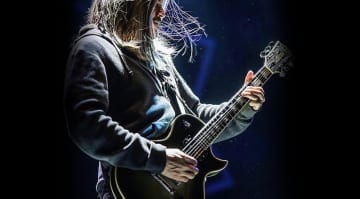 4 responses to “Has the new Gibson Adam Jones Flying V been spotted live?”

Judging on the shape of that headstock, I hope Armadillo Enterprises/Dean Guitars sues Gibson for obvious copyright infringement.

Looks like a Gibson futura headstock to me. They did that in 1956 I think.

There is so much going on here, some sort of reverse burst, toggle switch moved to upper bout, string through and 2 volume 2 tone. The picture of the silverburst looks just like the Brent Hinds V that he had them make and then they reproduced it for Epiphone

…and the moderne headstock