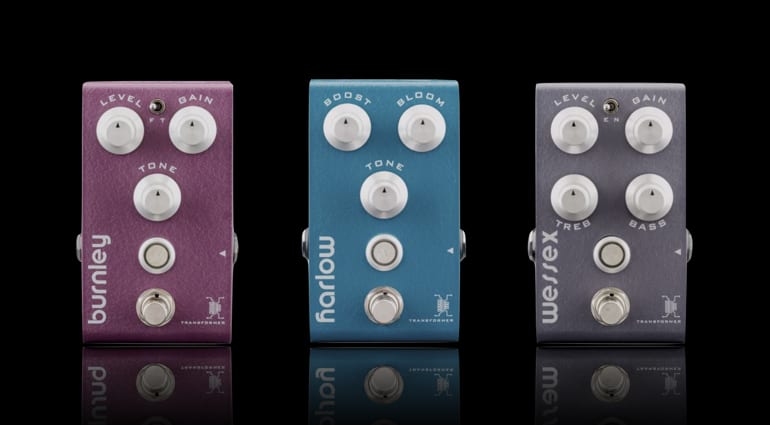 These three new pedals have a really great heritage as both Reinhold Bogner and Rupert Neve have impeccable track records when it comes to designing analogue circuits. Each pedal is completely analogue, true bypass and each one contains an audio transformer designed by Neve. This should make for a highly dynamic and touch responsive drive pedal, so whichever of the three pedals you opt for, you should get a great expressive drive pedal. 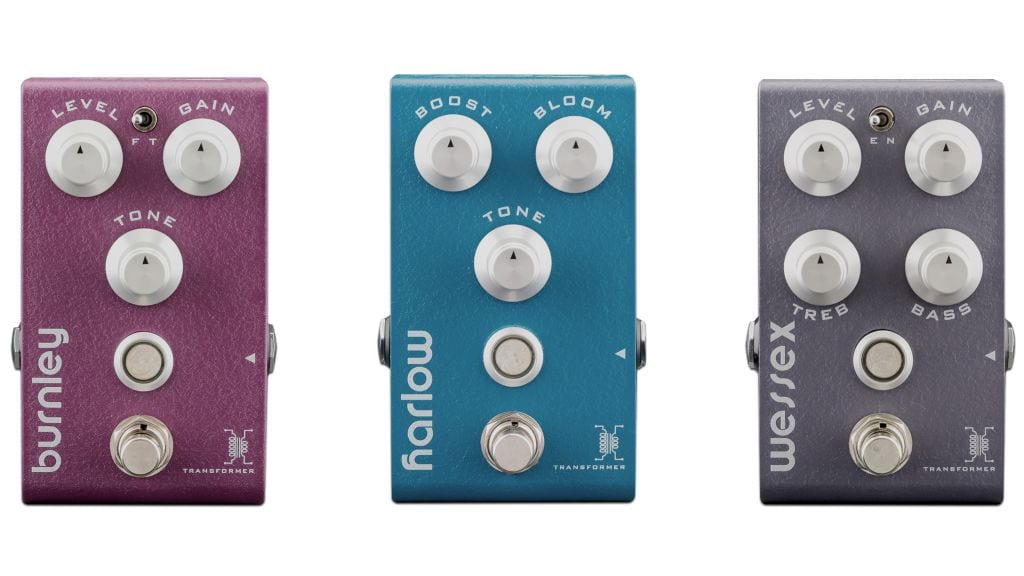 The V2 versions of the Bogner Harlow V2, Bogner Wessex V2 and Bogner Burnley V2 each come in a small, pedal board friendly format and each pedal has a very similar layout. There appears to be one for every style of drive you could need, from subtle to rich and crushing high gain, so something for everyone in amongst the three on offer.

The light blue coloured  Bogner Harlow V2 is really a boost pedal with a ‘Bloom’ compression, rather than a straight up drive pedal. This one gives what Bogner describes as  “dynamic three-dimensional punch” that remains transparent. That could make this it a great tool for pushing an amp harder and giving you extra push when required.

Next up is the Bogner Wessex V2. This grey box is an overdrive with an Enhance/Neutral switch for your gain tone, so you have a few ways of either ‘enhancing’ your tone or just going for your regular tone but with more gain. This one is described as going from “low gain growl to rich modern scorch”, making it a multi-role overdrive pedal that should cover most bases.

Last but not least is the new Bogner Burnley V2. This is the extra-tasty one, with buckets of gain on tap for those that need it. It’s described as going from “hot crunch to high-gain annihilation”. That sounds like a lot of fun and will more than likely make your guitar squeal like a pig (in a good way) when pushed to its limit. It includes a Fat/Tight switch so that you can go either fast and loose with your tone or super taught, defined and riff ready.

They don’t appear on the company’s website at the moment, but I would expect that they will turn up on the site soon. I’ve been using one of the Bogner Ecstasy Red pedals on and off for a few years now and wow, that thing is great. I reckon at this price these new V2 models could well be worth checking out as well.