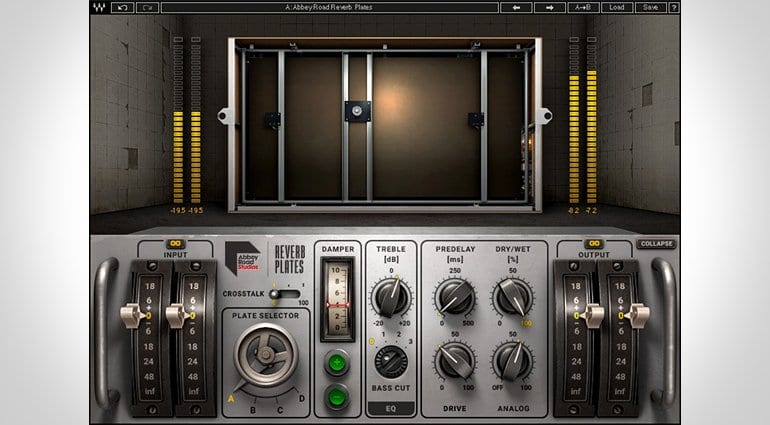 Waves need little introduction. Opinions aside, they are one of the best at modelling classic gear and providing well-known sounds in plugin form. This latest plugin from Waves, replicating the reverb plates still found at Abbey Road Studios, is already being recognised for its quality. But does this come at the cost of CPU power?

Still at the introductory price of 99 USD, instead of the soon-to-be-normal 249 USD, this new reverb plugin is also part of the Waves Abbey Road collection. Existing customers of the AR bundle will only have to pay a nominal upgrade cost which should depend on which complete Waves collection or other Waves plan you might be on. Go check it out before the offer expires!

Although I haven’t used this plugin myself yet, I am aware of several users and friends of mine who are reporting how great this plugin sounds. Unfortunately some of them are also complaining it is CPU hungry, and say it will be a plugin that they use on occasion. Recording the output from the plugin is obviously a method for retaining CPU usage and tools such as track freeze are useful for doing this quickly. It feels authentic in a strange way, as engineers at Abbey Road will still record the output of the plates for use at a later date as the plates are shared with all the studios. However, is this the best use of plugins? Computer power only increases. Mind you, I’m really keen to hear this new plugin as I suspect it sounds amazing.

The reverb plates at Abbey Road are unique. Although they are EMT 140 plates, the electronics have been tailored by the technicians at Abbey Road to give very unique but different sounds by each of the four. Installed in the 1950’s, these steel plate reverbs have been featured throughout history, most prominently in the ‘60s and ‘70s by the likes of the Beatles and Pink Floyd.