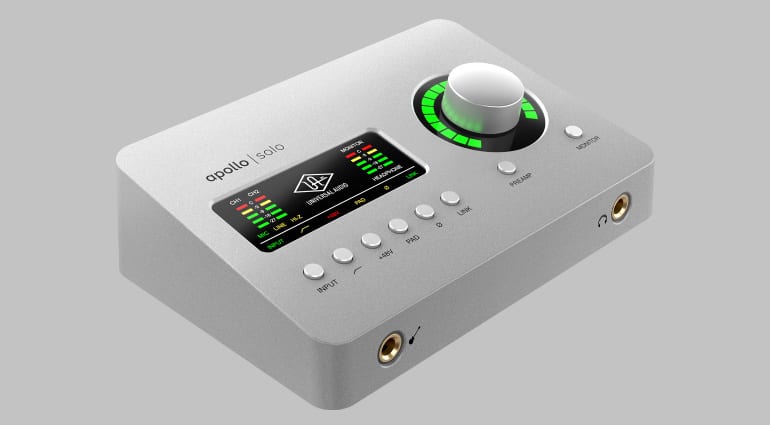 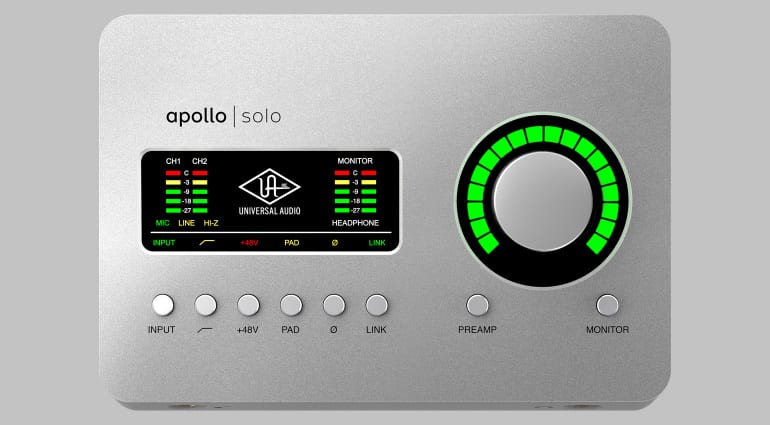 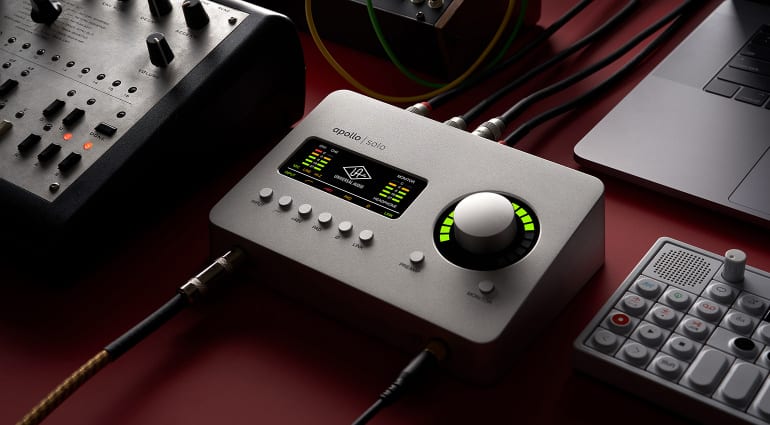 Universal Audio has rebranded the Arrow desktop audio interface as the Apollo Solo. The new interface comes in Thunderbolt and USB 3 versions for Mac and Windows computers.

The Universal Audio Arrow desktop audio interface came out in 2018 and brought UAD processing to the USD 500 price range. While the Arrow was technically Windows-compatible, the 2in/4out interface was only available with a Thunderbolt connection, which is still far less common on PCs than on Macs.

The newly released Universal Audio Apollo Solo is essentially a rebranded Arrow. The features are the same: two XLR-1/4” combo inputs with Unison microphone preamps, a Hi-Z instrument input in front, two line outputs and a headphone output. Like the Arrow, the Apollo Solo records at up to 192 kHz / 24 bit resolution.

Like its predecessor, the UA Apollo Solo features a single DSP core for processing UAD plug-ins. The interface comes with the Realtime Analog Classics bundle, which contains emulations of studio classics like the Teletronix LA-2A, UA 1176LN and Pultec EQP-1A, as well as several plug-ins from the UAD Precision series and a couple of guitar and bass amp simulations. All in all, 14 UAD plug-ins are included, and you can expand your collection from UA’s full line-up at any time. 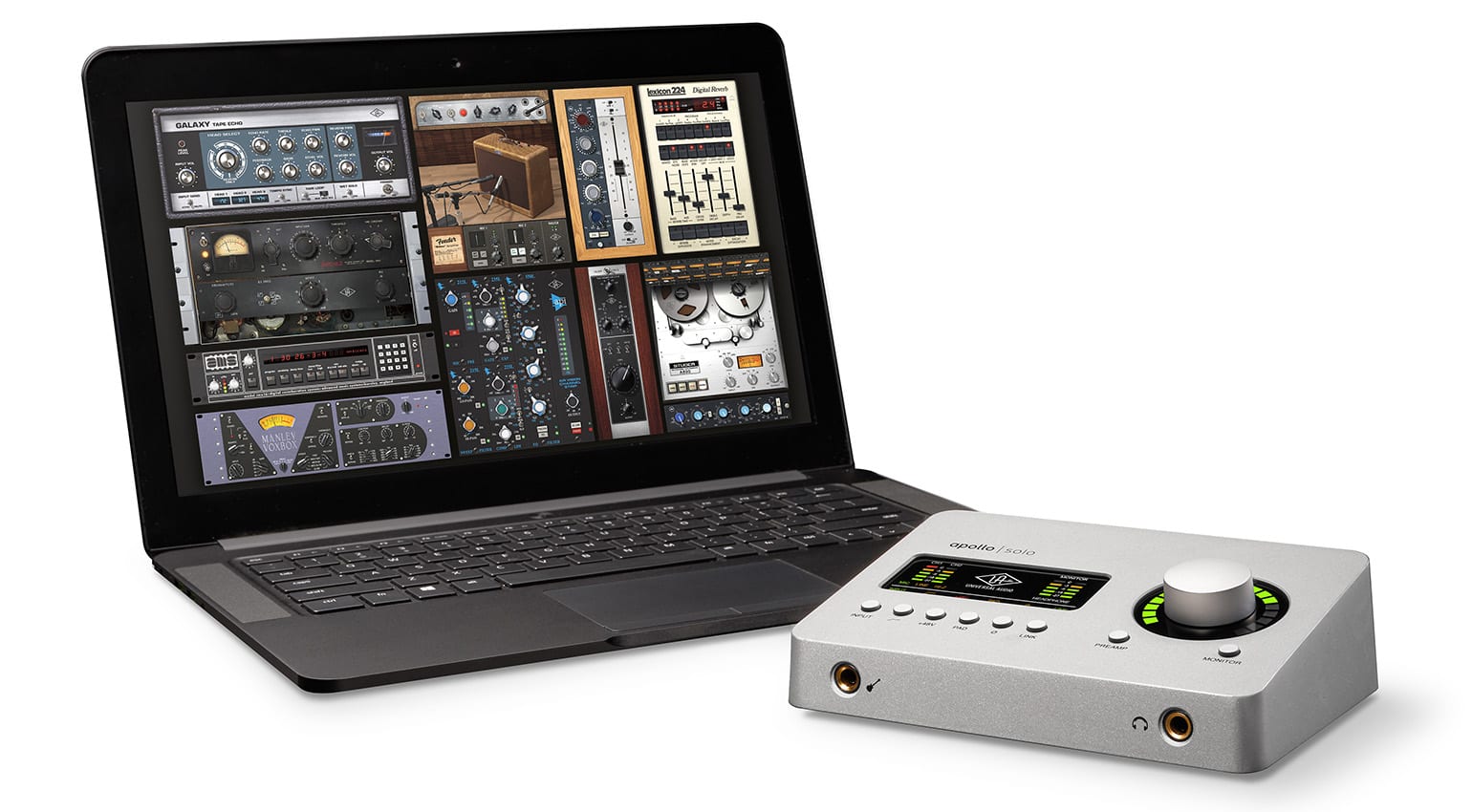 So what’s new? The lighter color is the only eye-catching change on the outside. But the rebranded interface is now available in both Thunderbolt 3 and USB 3 versions. This means that both Mac and PC users can connect the Apollo Solo directly, using the most common connection on their respective platforms. One caveat is that the USB 3 version requires an external power adapter, while the Thunderbolt 3 version runs on bus power.

The Thunderbolt 3 version for Macs also includes the Universal Audio LUNA recording application, which is Mac-only.

While it doesn’t bring any new features to Universal Audio’s entry-level interface, the Apollo Solo could potentially appeal to a much wider user base than its predecessor. The introduction of the Apollo Solo opens up the world of UAD plug-ins to Windows users over USB 3. 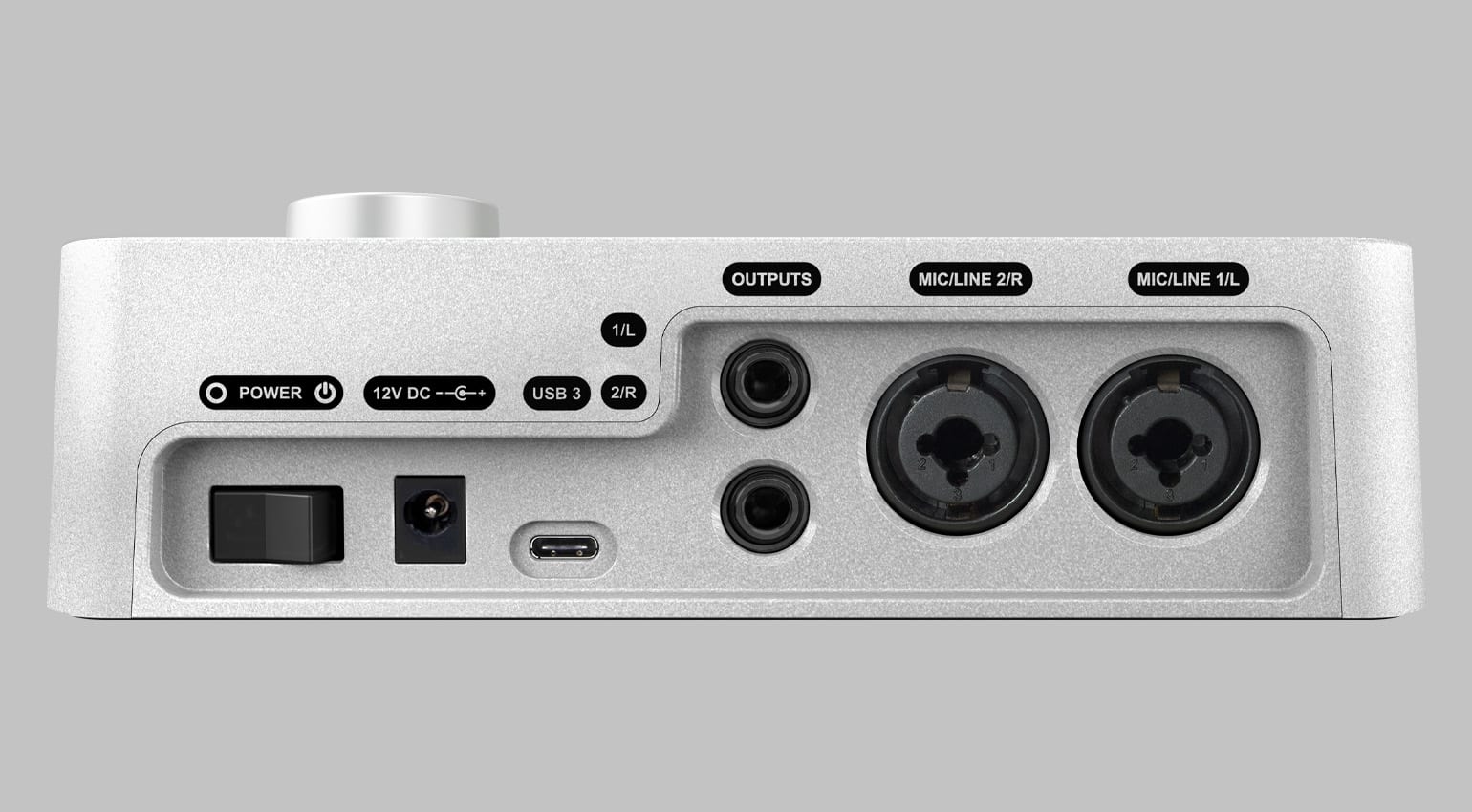 Like its predecessor, the Universal Audio Apollo Solo is priced at USD 499. As of today, we don’t have any information on the shipping date.