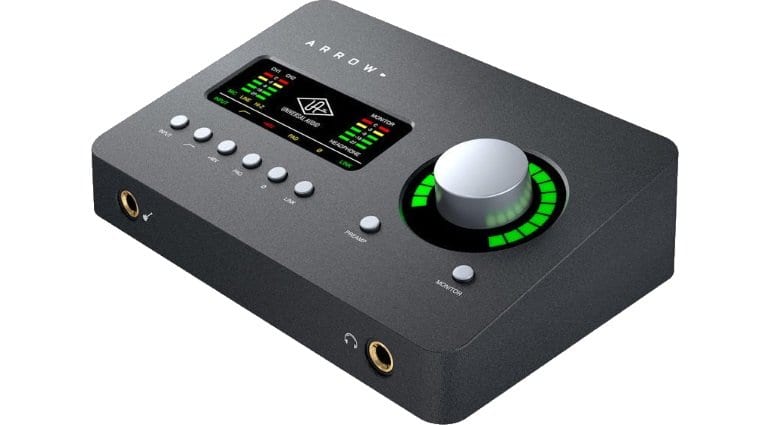 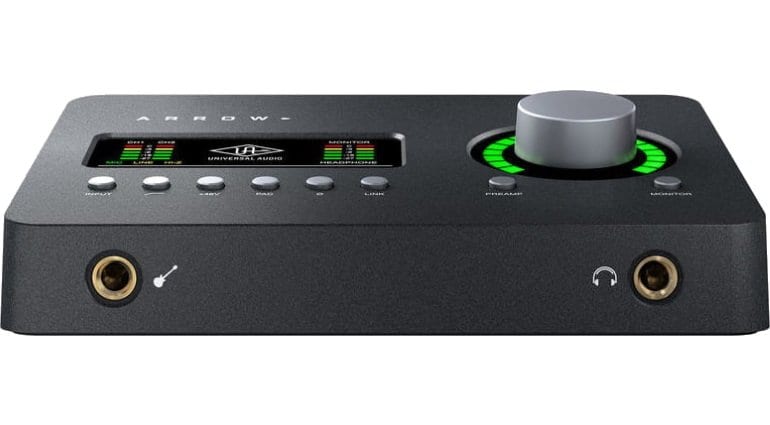 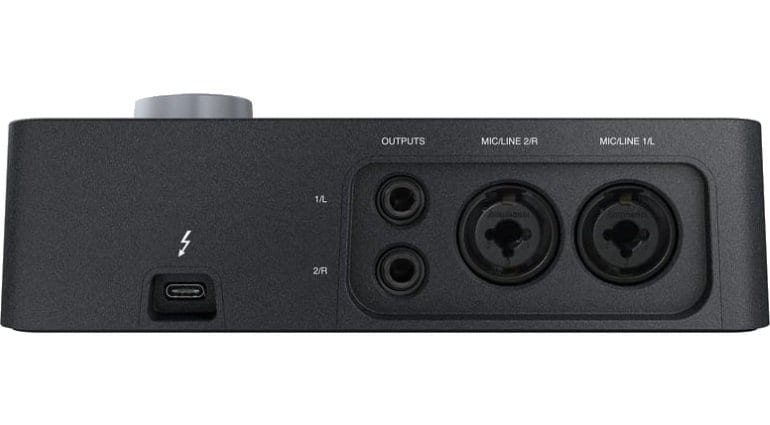 Universal Audio is going to hit NAMM 2018 with a brand new audio interface called Arrow. Arrow is a 500 EUR Thunderbolt desktop unit with a design that follows UA’s Apollo design language and features a colour display, along with lighting along the jog wheel. Frankly, it’s also the most compact audio interface that we’ve seen the company produce.

Like all UA audio interfaces, Arrow features a DSP for running the company’s bespoke plug-ins – in this case, it’s a single SHARC chip, which is enough to get a reasonably big production going. Arrow also brings on board the company’s Unison technology for recreating the feel of classic tube and transistor amps, and stomp boxes. The mic preamp offers a pad switch, a low-cut filter, and a reverse phase switch. Speaking of preamps, the Arrow features a pair of mic/line combo inputs with Hi-Z technology for handling low impedance instruments like electric guitars. In terms of output, there are two line outputs (L/R), and a single stereo headphone output.

Compatible with PC and Mac machines, Arrow also features a selection of 14 UAD plug-ins. Overall, it’s a very promising unit, though we would love to see a USB version make the rounds sometime in the near future. While 500 EUR isn’t exactly cheap, the Arrow is still going to be the likeliest entry point for anyone looking to get into Universal Audio‘s technology at cost. It will be interesting to see whether the company is eventually going to tackle the lower-priced market segment, now that it smashed through the 500 EUR psychological price barrier.

Shipping now, the UA Arrow is sold for 500 USD / EUR and comes in a bundle with 14 UAD plug-ins – including titles like the UA 610-B Tube Preamp and Marshall® Plexi Classic.