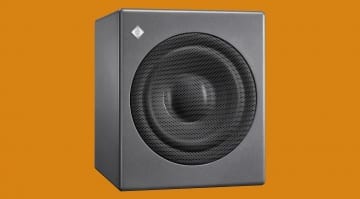 Are you ready for networked audio in your studio? The Neumann KH 750 AES67 subwoofer serves as a gateway between your monitors and the network.

Neutrik announced a new Dante interface meant to facilitate incorporating analog devices into Dante Audio over IP networks: The NA2-IO-DLINE is a cable-based unit with two analog ins and outs.

Spotted at InfoComm16 in Las Vegas this week was this new digital compact mixer with USB audio interface. It's produced by Ashly, who have a reputation for delivering surprise products. DigiMix24 looks very ...
ADVERTISEMENT