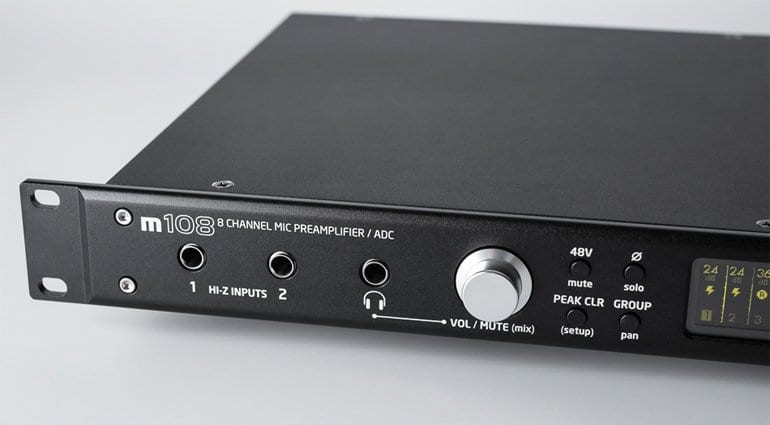 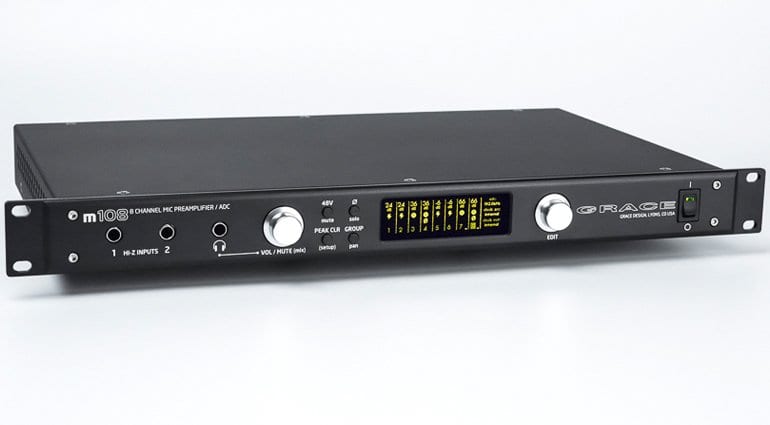 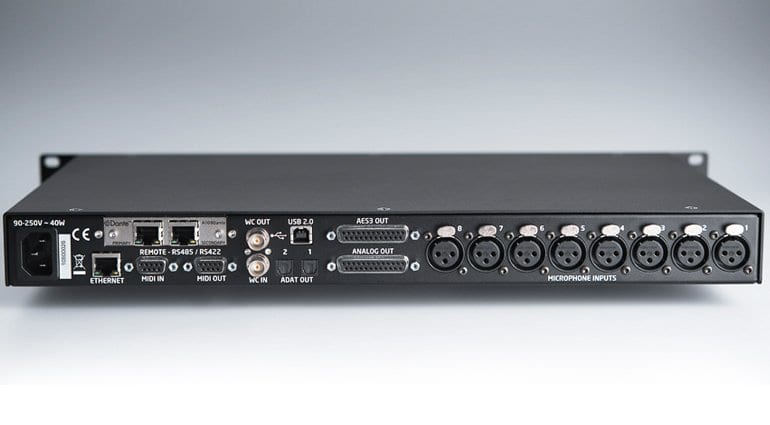 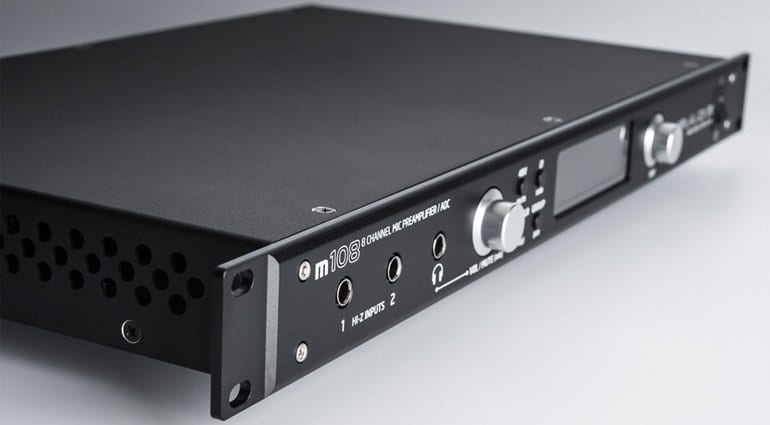 The M108 from Grace Design is a remote controlled 8-channel microphone preamp, with built-in ADC for use with USB, ADAT, AES/EBU and an optional Dante card. This all sounds normal for modern standards, but this connectivity only seems to facilitate use of their high quality mic pres and converters in a modern set up. Is this a good investment in quality preamps and converters, or does it fall short of modern expectations as an ‘audio interface’?

Grace Designs haven’t been around as long as some of the bigger players in the market, but have steadily grown a reputation for producing some of the finest preamps and interfaces available. Therefore, on the face of i,t the M108 looks like a really attractive unit, providing Grace Design high-quality preamps and converters with a range of modern digital connections. The M108 is certainly aimed at professionals who are likely to integrate it, or several of them, into existing systems. However, Grace Design are also describing the M108 to be a ‘DAW front end’, so how well does it meet modern expectations?

The M108 offers 8-channels of their pre-amps with AD converters to ADAT, AES/EBU and USB connections as standard. An optional Dante card is also available which is now virtually imperative for modern digital audio workflows, both studio and live sound. Two channels of audio can be monitored through their high-quality headphone DAC to check any of the inputs, or stereo feed from the USB connection. It’s not clear from the info available, but the 8 channels of analogue outputs only seem to function as line outputs from the preamps, and aren’t 8 channels of DA converters. If this is the case then I think this is a shame, and doesn’t facitialte even one simple pair of studio monitors to be connected.

The M108 follows in the footsteps of Grace Design’s flagship M802 remote controlled preamp unit, but in a smaller 1U rack space with optional connectivity. The M108 can be easily integrated with M802 systems for higher channel counts of remote preamps. The remote features of the M108 can be controlled via the M802 hardware remote control unit, Pro Tools MIDI integration, a soon to be released mobile app, or any computer web browser.

This all sounds really impressive, and in the right scenarios I’m sure the M108 will provide 8 channels of very clean mic pre amplification and ADC. However, as a stand-alone audio interface it doesn’t quite match other options in terms of modern features. There doesn’t appear to be any internal DSP power, even capable of simple low-latency monitoring options. If this isn’t a necessity for your setup however, then this is perhaps an attractive solution. At least you’ll know your investment was spent on the areas that really matter – the preamps and converters.

For more information and a general specification only, visit Grace Design’s webpage for the M108. Prices appear to be around 2,940 GBP. At this price, and without modern USB audio interface features such as low-latency monitoring and some level of DSP, I expect the audio quality to be excellent. 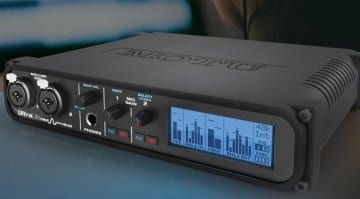