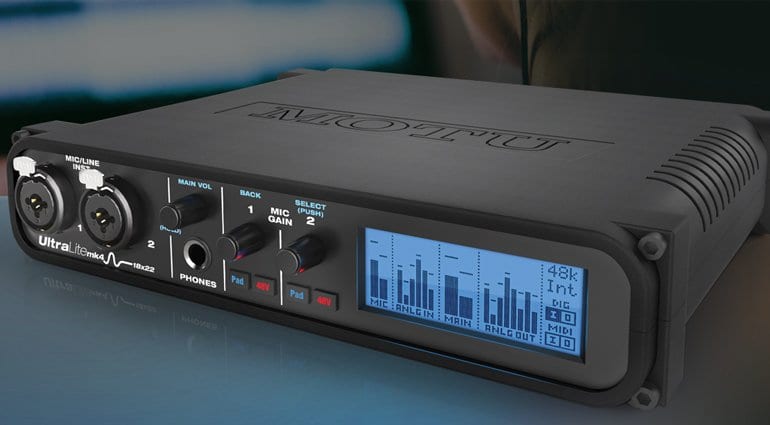 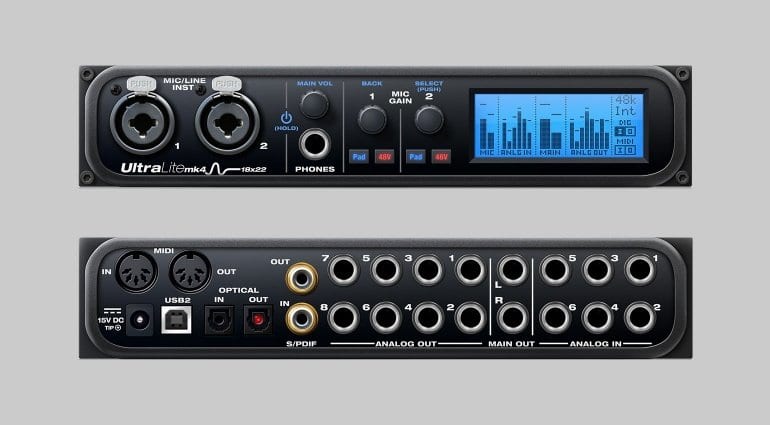 If you’re in the market for a new portable audio interface, you’re probably weighing-up feature lists from each manufacturer. Most modern interfaces deliver respectable audio these days, so unless you’re after a particular sound, you’re decision is likely to come down to a small number of features per £. The new UltraLite Mk4, which has just recently begun shipping, might be worth a look as it seems to offer everything any other modern interface can.

Don’t get me wrong, sound quality is more important than any fancy feature. I’m the first person to choose a piece of gear for its sonic performance, even if it means losing out on the extra cup holder. However, let’s be honest, most modern interfaces will deliver a respectable performance as technology and the manufacturing process have become much better in general. There are certain applications where a ‘standard’ mic pre-amp and converter are sufficient. Therefore, if you’ve got some specific practical requirements, you’re most probably thinking about the toys on offer rather than the noise floor.

As a result of MOTU’s average pricing, the industry probably considers them to be middle ground for audio quality, build quality and until now, the toys they offer. Well, they’ve been really busy these last couple of years and each time I’ve come across a MOTU unit, the build quality and ability of the device has surprised me. Although the sound quality might not be my number one choice, it’s been far better than I expected. You only have to read the tech spec on MOTU’s website for this new interface, to see that the pre-amps alone are easily in-line with modern expectations.

The biggest draw to the UltraLite Mk4 could be as simple as its USB connectivity. USB hasn’t died yet, as Thunderbolt isn’t practical for everyone. This interface is still USB 2.0 and USB 3.0 compliant. While there are clearly other USB interfaces available, not many come with such with long list of modern tools. These include remote control via a mobile web browser, direct iOS connectivity and MOTU’s new DSP mix engine. The new mix engine appears to be very comprehensive, and is offered on many of their later interfaces. Obviously it can be used for zero latency monitor mixes, but apparently can even facilitate small live sound applications. Finally, round trip latency when tracking with a DAW can be as low as 1.83ms, which is impressive for a USB-based solution.

There’s a lot on offer here from a manufacturer that’s been making interfaces for a while. My expectations are high for the UltraLite Mk4 and I hope I get the opportunity to use one soon. Don’t forget about this great little interface. It might be the underdog amongst the big players, but it’s playing a great hand.

For more information visit the webpage on MOTU’s web site. The UltraLite Mk4 is already available at a price of just over 600 GBP.