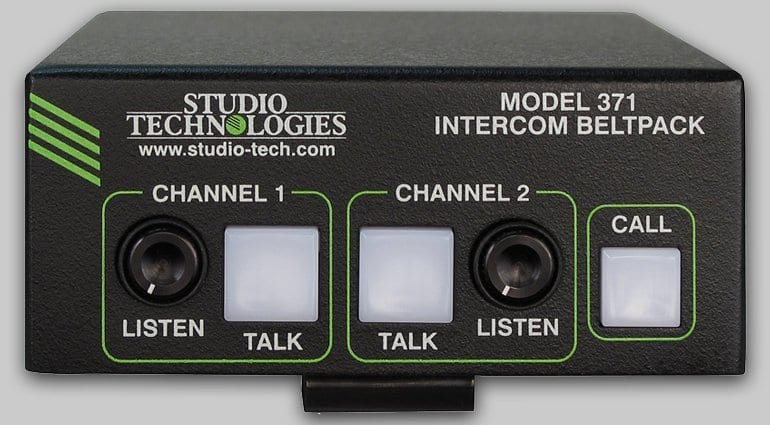 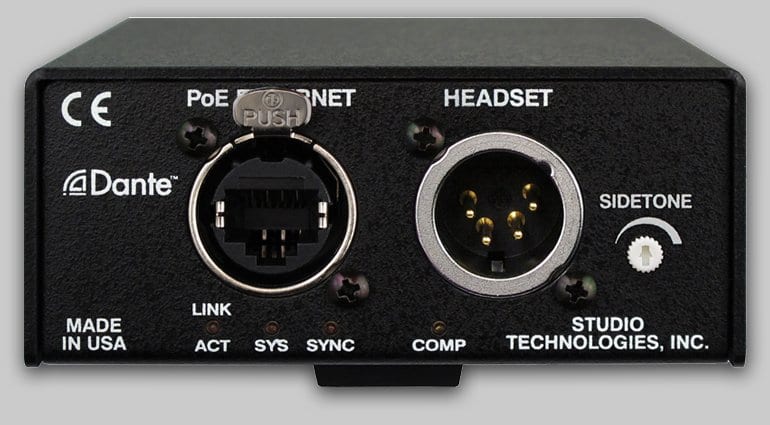 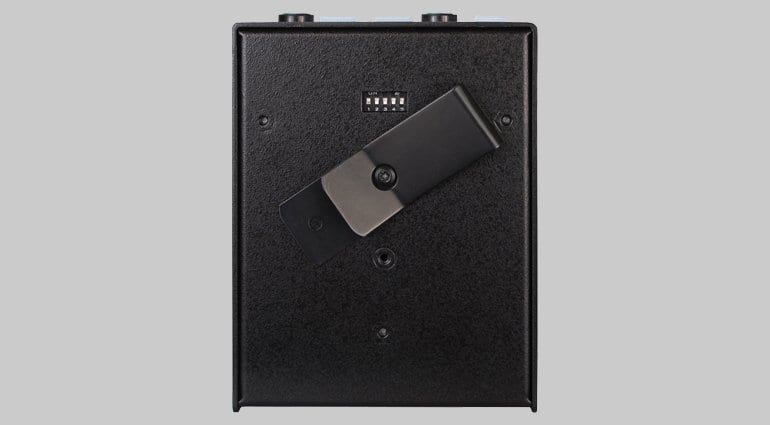 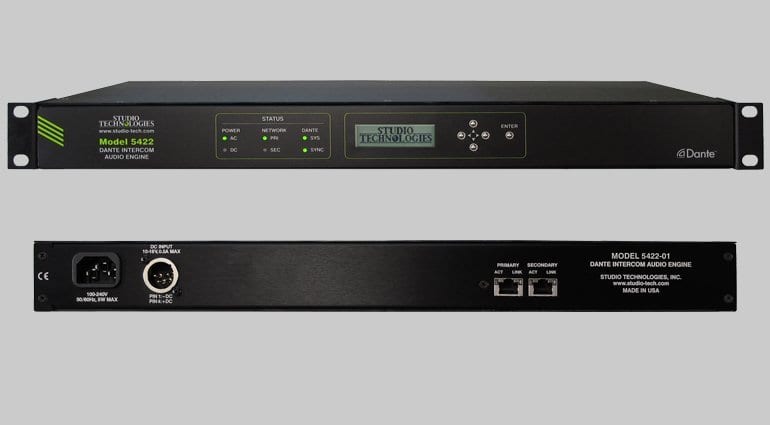 If you’re in the live industry then you won’t need telling how AoIP technology has brought advances and benefits to the stage. But even if you’re a musician or studio-based engineer or producer, I think this story will still be of general interest. Although AoIP has been seen in audio interfaces and speakers, it’s the live scene that has adopted it fastest. And while theatre and broadcast comm solutions have been the same old tech for years, this new Model 371 Intercom from Studio Technologies has more to offer.

Comms can often be a last minute thought on some smaller shows. You can end up having to rely on what the venue has in place, which let’s be honest isn’t always the most reliable. How about a Dante-enabled comm solution that can be deployed on an ethernet network you may already be installing? Add the ability to communicate with two different points independently, routing of multiple users and high-quality audio, and Studio Technologies appear to really have something new on offer.

The new Model 371 Intercom Beltpack follows in the footsteps of the existing Model 370 and will be on show at NAB 2017. The 371 now adds support for single-sided headsets with 4-pin XLR-style connectors to the Studio Technologies product portfolio. The unit is powered via ‘power-over-ethernet‘ to reduce cabling. It offers two channels of communication, which of course can be set up with the added benefits of Dante.

Studio Technologies are evidently proud of the audio quality here, claiming they deliver “low distortion, low noise, and high headroom”. With four AD/DA converters and all the necessary electronics inside these boxes, there’s probably a lot going on ‘under the hood’ that won’t immediately be noticed by the user.

To complete a larger installation, you will also need an audio matrix unit, which Studio Technologies supply in the form of the Model 5422 Dante Intercom Audio Engine.

Take a look at the very comprehensive list of Dante-enabled comm solutions from Studio Technologies, via their product page. Alternatively, for more technical info on this Model 371, see the dedicated webpage here. The Model 371 Intercom has a recommended retail price of 535 GBP + VAT, which is reasonable considering the advantages on offer. Presumably bulk orders and street prices will slightly improve on this figure too.