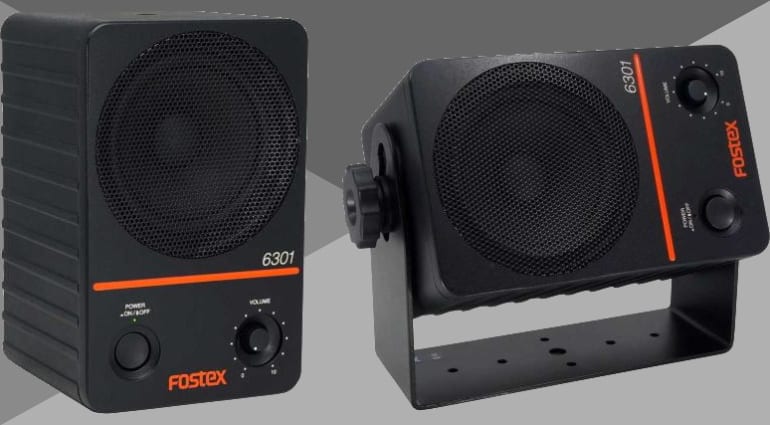 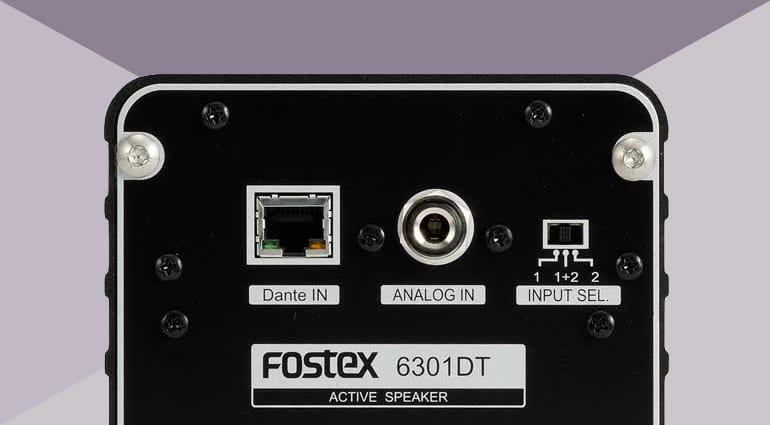 Fostex hardly needs an introduction when it comes to professional studio monitors. The manufacturer has now upgraded its longstanding (since 1982!) 6301 series monitors with a new model that features Dante connectivity. 6301 monitors were among the first personal studio speakers that occupied little space, making them suitable for a variety of studio and broadcast spaces. Indeed, they have served radio and TV broadcasts, live rooms, control rooms, even stage setups. So there’s a nice bit of pro audio history associated with this model.

The Dante-enabled model 6301DT features all the bells and whistles the series is known for, such as D-class power amplifier and a new driver unit with auto stand-by functionality. You will tell it apart, however, from the single Dante input next to the balanced 1/4-inch analog input.

The monitor lets you run both inputs in parallel, or either apart. Input channels are switched from the rear. The Dante connectivity supports 2-channel audio at sample rates up to 96kHz.